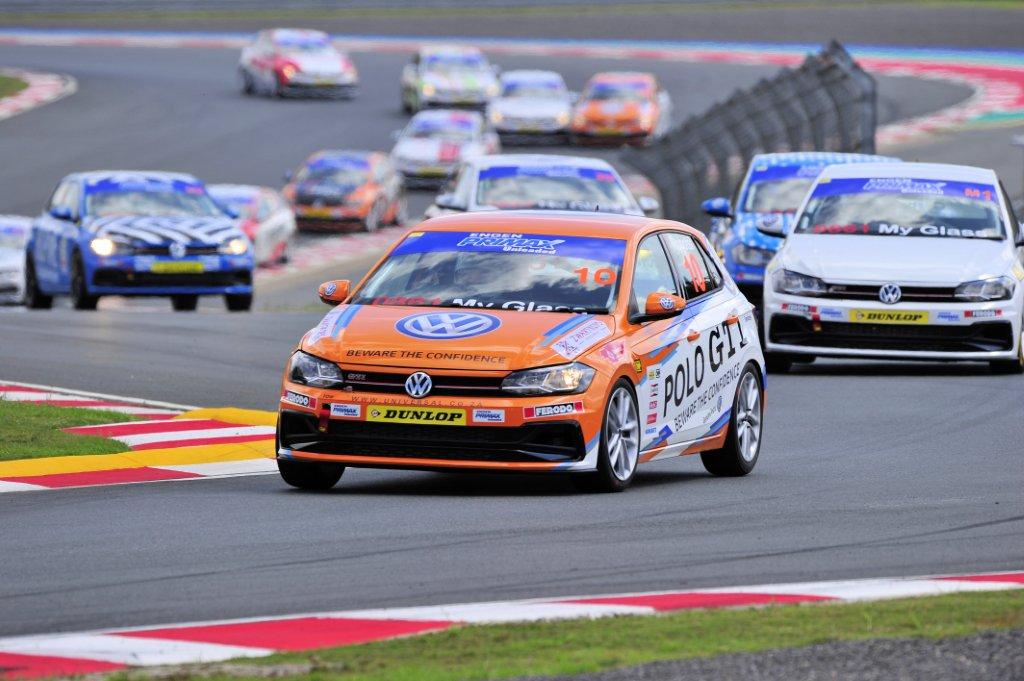 Brian Joss – After a brilliant start to the season at Kyalami last month, the 2018 Engen Polo Cup championship contenders will perform at the Western Cape Killarney circuit on Saturday (April 21).

The occasion will be round two of this year’s national Extreme Festival series, with the Engen Polo Cup races to play a major role in entertaining the ever enthusiastic Capetonian spectators.

Judging by the season-opening races at Kyalami, their expectations should be met.

The all-new two-litre turbocharged Engen Polo Cup cars hit the Kyalami circuit running, with not a single one of the 22 entered vehicles retiring due to mechanical failure.

Some of the competitors got to grips with their new steeds quicker than others, but their early advantage should be a thing of the past by the start of the season’s second outing.

The man to beat must be multi-talented youngster Jeffrey Kruger in his Universal Health Polo.

Kruger won both of the Kyalami races, but his victory march was no walk in the park.

In fact, were it not for a collision between Gerber and Mogotsi while they were fighting for the second race lead, Kruger might not have emerged as the event’s overall winner.

The Killarney circuit’s long back straight and tight, tricky infield should challenge the Engen Polo Cup contenders to the full, turning the selective use of their cars’ new Push to Pass feature into a high-speed chess game.

Experts predict that sheer pace alone will not be a sure recipe for victory, with a carefully planned race strategy more likely to result in podium places.

What is generally accepted as given is the setting of a new Engen Polo Cup lap record at Killarney.

The Engen Polo Cup competitors will tackle two open practice sessions on the Friday, with the official qualifying and Superpole sessions to be held on the Saturday morning. That will be followed by two races of 8 and 10 laps respectively on the day.