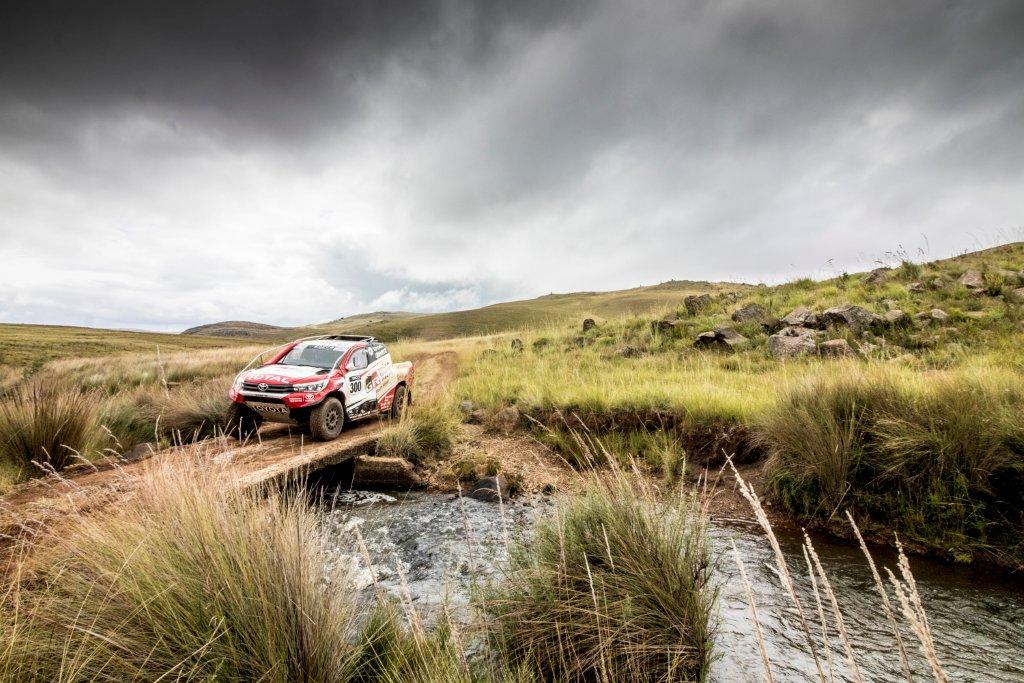 Brian Joss – Toyota Gazoo Racing SA will be fielding two cars at the Qatar Cross-Country Rally, which gets under way in Doha, Qatar, tomorrow (Tuesday April 17).

One of the Toyota Hilux IMA cars will be in the hands of Qatari driver Nasser Al Attiyah, who is also the defending champion of the FIA’s Cross-Country World Cup. Al Attiyah will be partnered by co-driver Mathieu Baumel from France.

The second entry from the team comes in the form of Giniel de Villiers, who is now partnered with co-driver Rob Howie. Howie also occupies the navigator’s seat next to De Villiers on the South African Cross-Country Series (SACCS) and the pair recently won the opening round of the 2018 SACCS in the Mpumalanga town of Dullstroom together.

“We are very excited to be field two crews of this caliber, driving our Dakar-proven new Toyota Hilux IMA,” says Toyota Gazoo Racing SA Team Principal, Glyn Hall. “Not only is Nasser the defending cross-country champion, but he also finished second on this year’s Dakar Rally. Add to that the second car, with Giniel behind the wheel and Rob doing the navigating, and it is clear that our crews will be a force to be reckoned with.”

The Qatar Cross-Country Rally is Round 4 of the 2018 FIA Cross-Country World Cup, and as such it offers a valuable opportunity for Al Attiyah/Baumel to score points in defense of their crown. The Qatari won this event last year, and is the odds-on favourite to take victory once again.

“The Qatar Cross-Country Rally is considered to be one of the toughest rounds of the championship, especially in terms of navigation. So, this experience can be highly beneficial to Rob and Giniel, with an eye on next year’s Dakar Rally,” says Hall.

For Toyota Gazoo Racing SA, the Qatar Cross-Country Rally will start off with a comprehensive two-day test session in the dunes near the event HQ. This will give the team the opportunity to further develop the new Toyota Hilux, fine-tuning its performance on both the rough, rocky roads of the area, as well as the sea of dunes that surround parts of the race.

The race gets under way with a ceremonial start on Tuesday, near the Qatari city of Doha. Five days of racing will see the competitors take on a variety of looped stages, with the bivouac remaining in place at the Losail International Race Circuit, to the north of Doha. The race concludes on Sunday 22 April, and comprises a total race distance of 1,400 km.

“To make things even more interesting, we have to get Giniel’s car back to South Africa in time for Round 2 of the SACCS, the Battlefields 400 in Dundee on 4 May,” says Hall. “This means the car has to be air-freighted back to Johannesburg, so we can strip it down and prepare it to go straight back into battle the next weekend. I’m sure the guys in the workshop will appreciate the challenge, and rise to the occasion.”

Al Attiyah’s car will remain in Qatar, and travel from there to a number of races on the FIA’s World Cup calendar.