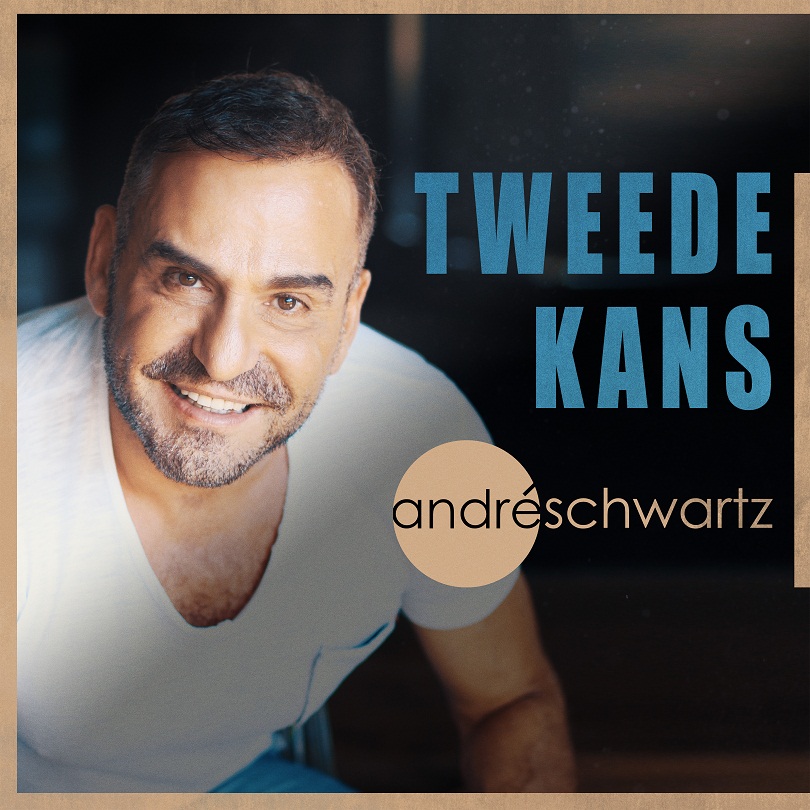 The hit does not only have a modern and unique sound, but also promises to impress listeners of all ages.

André Schwartz is most definitely one of the largest, most multi-faceted superstars in the South African entertainment industry. Over the past few decades, he has continued impressing fans, not only as an acclaimed singer, songwriter and stage performer, but also as an actor (Sterlopers, 7de Laan) and television presenter. He owns his own marketing company, André Schwartz Marketing, and is a perfectionist who aims to make a success of any project he undertakes. It, therefore, comes as no surprise that his latest musical offering does not merely live up to his own high expectations, but exceeds them!

TWEEDE KANS can be described as a pop song with a contemporary twist. It conveys the message of how much it can mean to yourself and someone else when you’re willing to give second chances in life. “I loved the song when I heard it for the first time because the melody is beautiful and the lyrics, written by Joe Foster, are filled with empathy. We are so quick to cut people out of our lives and giving anyone a second chance, either on a personal or professional level, can be a very rewarding experience for both parties,”explains André. “The track has an upbeat tempo but is definitely not ‘bubble gum’ and is something you can really listen to. People tend to appreciate integrity and there is a fundamental integrity that will appeal to audiences of all ages.”

Listen to a teaser of the song here:  https://soundcloud.com/starburstpromotions/tweede-kans-lusmaker

One of the aspects that makes him such a remarkable musician is the fact that his work does not merely tick one specific genre box. He is able to perform a powerful emotional piece of music just as effortlessly as one of his regular pop hits, and he truly enjoys experimenting with something new. “It was a challenge for me to properly capture this new type of adult contemporary style in terms of aspects like phrasing, but I thoroughly enjoyed the experience, especially since it is a genre I have never explored before”, says the singer. The single will feature on a new album, which is planned for later this year.

Music has been a part of André’s life from a young age and he made his television debut at fourteen. He is classically trained, both vocally and as a pianist, and is therefore equally comfortable behind the piano and microphone. As a recording artist he has released fourteen albums, of which many have reached gold status, and has written and composed several of his radio hits himself. He is best-known for songs like Ek wil jou nooit weer sien and Lief vir alles hier, as well as his ability to captivate and entertain audiences with his charming and lively stage personality. He is also an extremely gifted music theatre performer and has starred in leading roles of many world-class productions, including Joseph and the Amazing Technicolour Dreamcoat, Jesus Christ Superstar, Pirates of Penzance and The Phantom of the Opera. He received various awards for his performance as ‘The Phantom’ and is acknowledged as one of the best ‘Phantoms’ to ever grace the stage. The artist is the only South African that carries Andrew Lloyd Webber’s personal stamp of approval and can currently be seen in the role of Captain von Trapp in the stage production of The Sound of Musicat Montecasino.

When asked about the highlights of his career, he says: “That is a difficult one to answer. It is an amazing feeling to hold your first CD in your hand or to hear that your songs are doing well on the radio. But it is equally satisfying to sit in a dressing room before a show and listen as the conversation grows louder when the seats start filling up, realising that they have all come to see you perform.” If he had to choose a different career, he would have most likely ended up working in the medical field, as he has always had an interest in medicine.

André believes that music should be able to tell a story and connect with audiences. His latest release is a testament to the fact and is symbolic of his plans to revive the live performance part of his career. “WithTWEEDE KANS, I wanted to find the perfect balance between beautiful music and meaningful lyrics. My main goal is to start doing live shows again. It is something that I have neglected over the past few years but am very excited about doing, because I have so much to share with listeners,” he says. “When one door closes, God opens a window and we must learn to see these windows as opportunities or second chances,” he concludes.