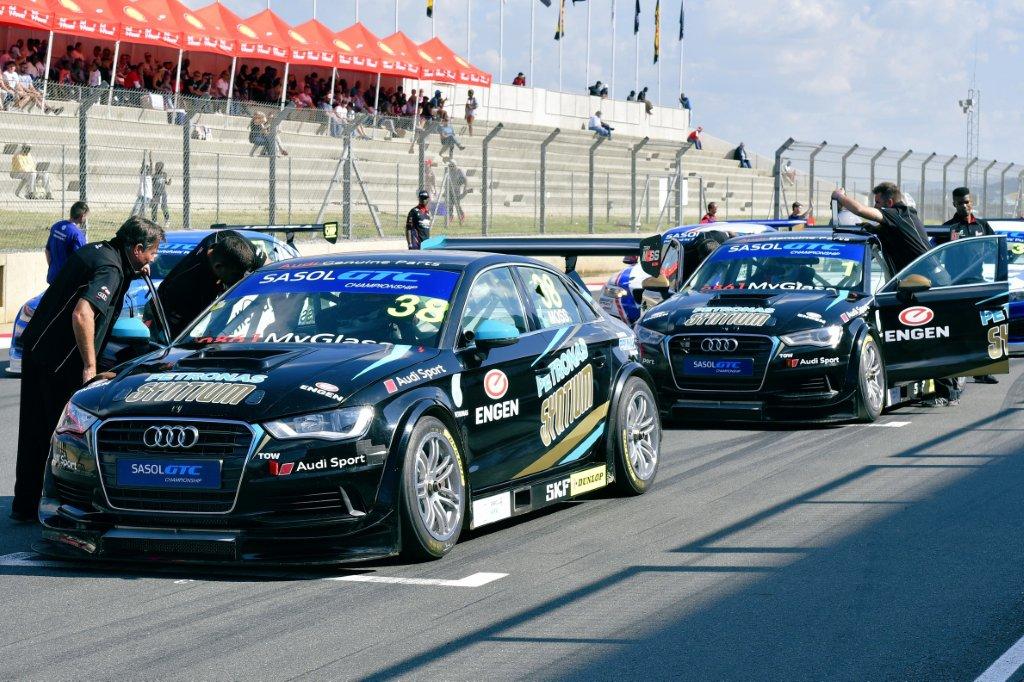 Brian Joss – Anticipation and excitement will be racing through the Mother City over the next few days as the Engen Audi team gears up for Round Two of the Sasol GTC Africa at Killarney, starting on Friday April 20.

Pressure weighed in after round one, with three engine overhauls and a complete rebuild of Michael Stephen’s car in just three and a half weeks following the season opener at Kyalami.

This was due to a delay in the availability of spare parts and the lengthy process of the task.

With Killarney International Raceway being one of Moss’ favourite tracks, he will be looking to build on his impressive start to the season by closing the gap on championship leader Gennaro Bonafede.

Bonafede leads the points standings with 47, with Moss in second place on 42. Defending champion Stephen is fourth on 27 points.

Team owner and principal, Terry Moss is confident his charges will take some beating at Killarney.

“During the past few weeks, my team has shown immense agility. I expect us to be fighting for both wins and overall victory,” says Terry Moss.

“The complete overhauls of the engines, combined with our experience of the new turbo engines at sea level, will give us a competitive edge.”

Live coverage of the weekend will start on Friday morning at:  https://www.facebook.com/racing.terry.moss/

CAPTION: Get set, go: start of the season’s opener at Kyalami. Picture: Motorpress