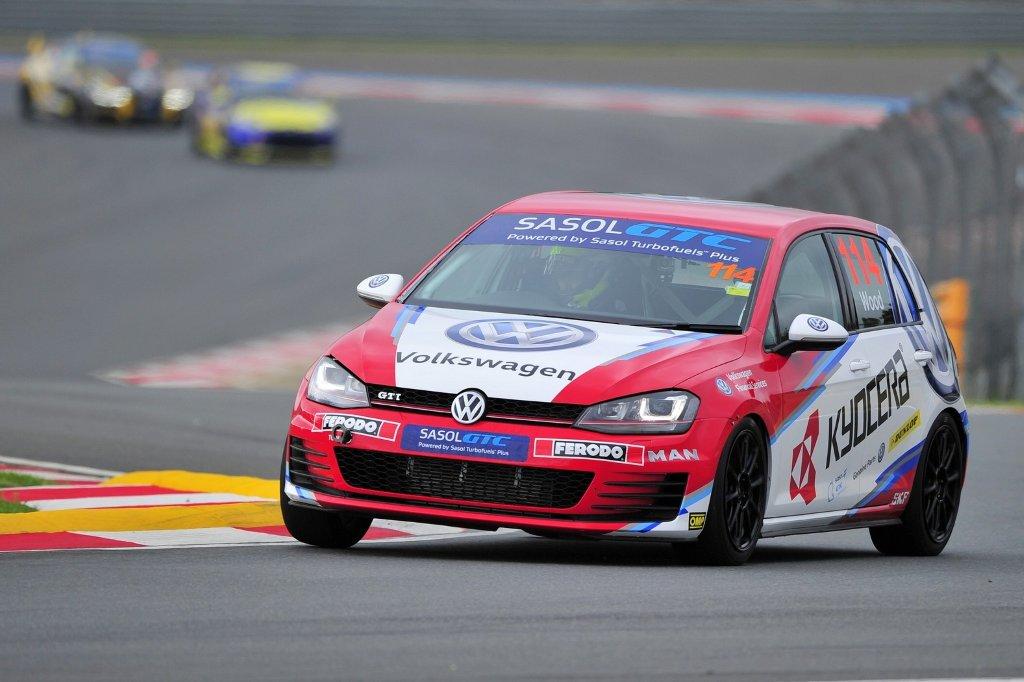 Brian Joss – Volkswagen Motorsport heads to Killarney International Raceway in Cape Town for the second round of the Sasol GTC and GTC2 Championship on Saturday April 21, confident that the lessons from Kyalami and the hours of subsequent preparation will ensure that both the Jetta GTCs and the Golf GTI GTC2s are race ready for a competitive outing at the famous Western Cape track.

The opening round of the series at Kyalami last month demonstrated the raw speed inherent in Mathew Hodges and Daniel Rowe’s Jettas as Hodges raced to a superb second place in the first race while Rowe clawed his way back from the tail of the field after being knocked into a spin by a rival. The Volkswagen Golf GTi duo also set the timesheets alight when the current GTC2 champion Keagan Masters drove into the distance while newcomer Adrian Wood showed strong race performance.

Lady luck deserted the Uitenhage squad in race two, something the team is determined to put behind them as they capitalize on their strong form. Hodges feels he has one of the best cars in the field and is excited to be challenging for wins at the front of the field. “I think we opened quite a few people’s eyes at Kyalami with our pace. I expect to be as fast in Cape Town as I was at Kyalami although Killarney poses its own challenges with several fast sweeps and big braking zones. The track is quite bumpy so the team and I will work on our set-up to suit the circuit’s unique characteristics. Qualifying is a game-changer in terms of how your day progresses so that’s another key area we will be focusing on”.

Rowe is really excited to race the new specification Jetta GTC at one of his favourite tracks: “I reckon we could nudge the 250km/h mark down the back straight which will be quite interesting. Over the years I have learned how to avoid the worst of the bumps, especially under braking for Cape Town corner. My confidence is high after experiencing how competitive our car is and while everyone is out to win – myself included – I’m hoping for a weekend where we are racing at the front and a pair of podium  finishes would be the cherry on top”.

Keagan Masters ably demonstrated why he is the GTC2 champion after a polished drive at Kyalami and relishes the prospect of continuing his form at the tricky Cape Town track where he estimates the new slick tyres will shave around 1.5 seconds off his lap times. “It will be like going to a new track”, Masters said. “The extreme grip from the tyres means I can carry more speed into the corners and get on the power earlier. The key will be finding a comfortable set-up during free practice and then maximizing my car’s performance. Although Killarney is not my favourite track, I’m excited to be racing there with a clear goal of taking at least one win to get back to the top of the leader board”.

Running in Kyocera colours in partnership with Volkswagen Motorsport, 22-year-old Adrian Wood will be a little more circumspect at round two. “I want to finish both races in the points and bring the car home in one piece, something I didn’t achieve at Kyalami. I haven’t raced at Killarney since 2016 and reckon Malmesbury Corner will be my biggest challenge given the power and grip levels at my disposal. Success will most likely go to the last of the late brakers barrelling into Cape Town Corner and getting on the power as early as possible. I’m really excited about the challenge.”

Volkswagen Motorsport Manager Mike Rowe said: “The team has put in a tremendous amount of work to prepare our four cars for round two. Kyalami showed the level of results we can achieve when Lady Luck is on our side; Mathew and Daniel set impressive lap times while Keagan and Adrian kept their rivals honest. I expect our team of drivers to continue at a similar or higher level of performance”.