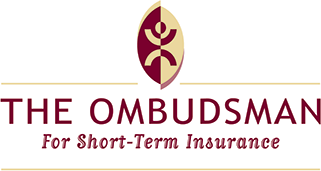 The Ombudsman for Short-Term Insurance (OSTI) has today released its Annual Report on Operations for 2017. Key highlights for the year are that 9 962 complaints were resolved in an average turn-around time of 131 days with an amount of R87 101 354 recovered for consumers.

Laher stresses the importance of fairness. “Fairness is a somewhat nebulous concept and what is or is not considered fair differs from person to person. Often, the more formality that is applied to the resolution of a matter, the less fair the outcome seems.”

Conciliation and mediation are appropriate where the interests of the disputing parties need to be addressed and where relationships need to be preserved or even enhanced, she says.

“The use of mediation and conciliation allows the parties to create options for resolution that are generally not available to the parties through the court process or arbitration.

Laher says the best outcome is a resolution that suits both parties. “If OSTI is able to assist consumers and insurers in identifying and focusing on the real underlying issues, and it can get these issues resolved quickly and informally, and without recourse to the application of stringent legal principles, everyone wins.”

Significant in the statistics is OSTI’s low overturn rate (i.e. the percentage of matters where some portion of the insurer’s decision was overturned). It has decreased substantially in 2017 when compared with that of previous years.

“An initial assessment of this decrease might seem to suggest that in 2017 insurers were more correct in their claims assessments than in previous years. Or, more worryingly, that OSTI was less willing to challenge insurer’s decisions and more susceptible to industry bias,” says Ombudsman Deanne Wood.

However, neither of these assessments are accurate. She says the reduction in OSTI’s overturn rate can primarily be explained by the material shift in some insurers’ approach to this measure and to what it represents for their organisations.

Wood is eager to point out that a misperception exists that a low overturn rate indicates an insurer’s service excellence.

“This is in fact not the case. A low overturn rate can have a number of meanings. It can indeed indicate service excellence and a general trend towards making the correct decision at the outset. But, importantly, it can also be indicative of inflexibility, dogged decision-making and an unwillingness to be tractable and to treat each complainant as an individual when considering the merits of a complaint that has been submitted to OSTI.

“Whatever the reason, it is my hope that the overturn figures published by OSTI will be viewed in the proper context and will be read in conjunction with the other reported insurer statistics.” It is OSTI’s intention to relook at this reporting aspect in its next annual report.

Of the 9 962 complaints finalized by OSTI during 2017, the highest category of claim-type was motor vehicle claims at 49% followed by homeowners claims at 20%. Commercial claims contributed 7.9% to the total and household content claims, 6.2%.

Given the extreme weather conditions experienced in 2017, “it’s not surprising to report that 61% of complaints under homeowners insurance related to storm damage and other acts of nature.

Theft and burglary claims amounted to 73% of the claims under household content insurance.

Under commercial insurance 28% of complaints related to building claims and 25% to motor vehicle claims.

According to Wood, inside the organisation in 2017, OSTI sought to find the right balance between the qualitative enhancements that it had made during the previous year and the efficient turnaround times that it had enjoyed in the years prior to that.

“The introduction of this manual was met with co-operation from insurers – even in relation to potentially punitive additions to the process which will, as from the effective date, see insurers penalised for failing to provide sufficient information to OSTI at the inception of a complaint.”

Wood adds, “Going forward, we continue our support for the insurer and the insured by providing an alternative dispute resolution forum and endeavour to play an important role in the sustainability of the insurance industry.”