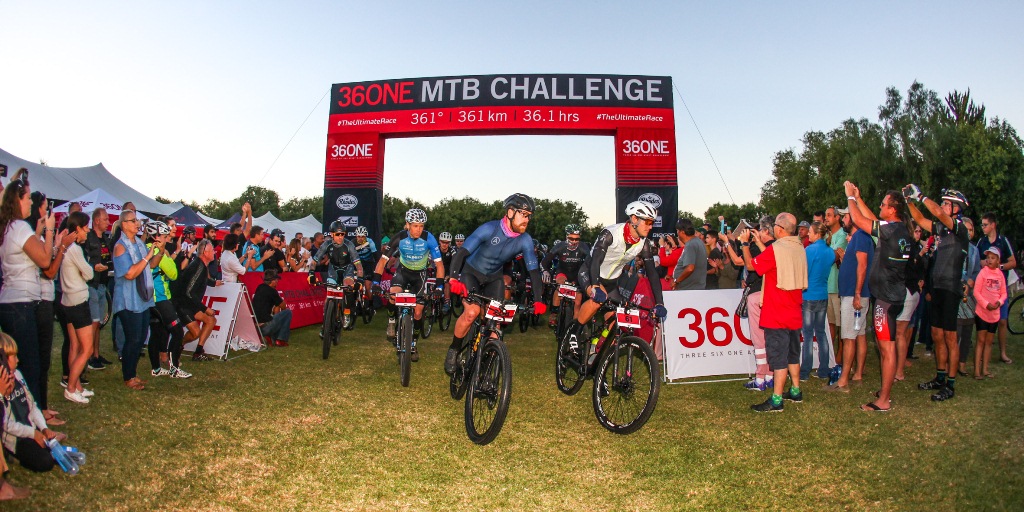 Ramses Bekkenk and Jeannie Dreyer rode to dominant victories at the 2018 36ONE MTB Challenge in Oudtshoorn on Saturday, the 21st of April. While Bekkenk started fast and missed out on the course record, Dreyer paced her race to perfection; finishing strong to smash her 2015 record by half an hour.

In the other categories, the relay race was won by Yolande de Villiers and Jacques van Staden, while the team race was once again claimed by Craig Edwards and Dane Walsh. The Half distance, 180 kilometre race, was won by Raymond Odendaal and Isabella du Preez respectively; with last year’s second place finisher in the fulll 36ONE, Bennie Viljoen taking the inaugural gravel bike title in the half distance race.

Bekkenk realised on Rooiberg Pass that the record was beyond his grasp. “It was very hard”, the Dutch double 36ONE champion explained. “At the start my stomach was not good and I struggled to digest food. But by the half-way point I was feeling good, only for it to come back after the last check point.”

“Three of us, Dusty (Day), Kevin (Benkenstein) and myself, made an early break. Then at water point 4 (128 kilometres into the race) Dusty had a mechanical. Kevin and I decided to go together to the foot of the Rooiberg Pass but at the big river crossing before the climb started I realised I needed to increase the pace. Kevin said he was finished and so I rode the rest of the way on my own”, Bekkenk retold how the race unfolded.

“On the Rooiberg Pass climb I struggled for rhythm. So when I got really tired after check point three (at Catlitzdorp) I knew there was no chance of breaking the record so I took a quick one minute nap to help me maintain my concentration to the finish”, the two-time champion concluded.

In the women’s race Dreyer attributed her fast finish to a more gradual start. “I definitely left more in the tank than last year”, she said upon crossing the finish line in 16 hours, 5 minutes and 34 seconds. “I’m inspired by everyone brave enough to take on this race,” a visibly emotional Dreyer said before elaborating; “I was not thinking about the record, I was not looking at the time, I just rode as fast as I could.”

Dreyer and Bekkenk were joined on the full solo 36ONE podiums by Kevin Benkenstein and Willem Pretorius; and Janine Stewart and Christiane Brenzel respectively. Benkenstein had endured a tough conclusion to the race to sneak home in just under his personal goal of 14 and a half hours. While Pretorius rode a stellar final 80 kilometres to move up from the lower reaches of the top ten to the final podium position. In the solo women’s race Stewart battled the rising heat to finish second, and Brenzel completed the podium.‏

Slower finishers meanwhile are expected to continue crossing the line well into Saturday night, with the final finishers likely to take well over double the time of Bekkenk to complete the 361 kilometre route.

The Half | Solo Men:

The Half | Solo Women:

For the full results from the 2018 36ONE MTB Challenge please click here.

CAPTION: Kevin Benkenstein (front and centre) was the first South African across the line as he was rewarded for a long and particularly arduous day on the bike at the 2018 36ONE MTB Challenge. Photo by Oakpics.com.