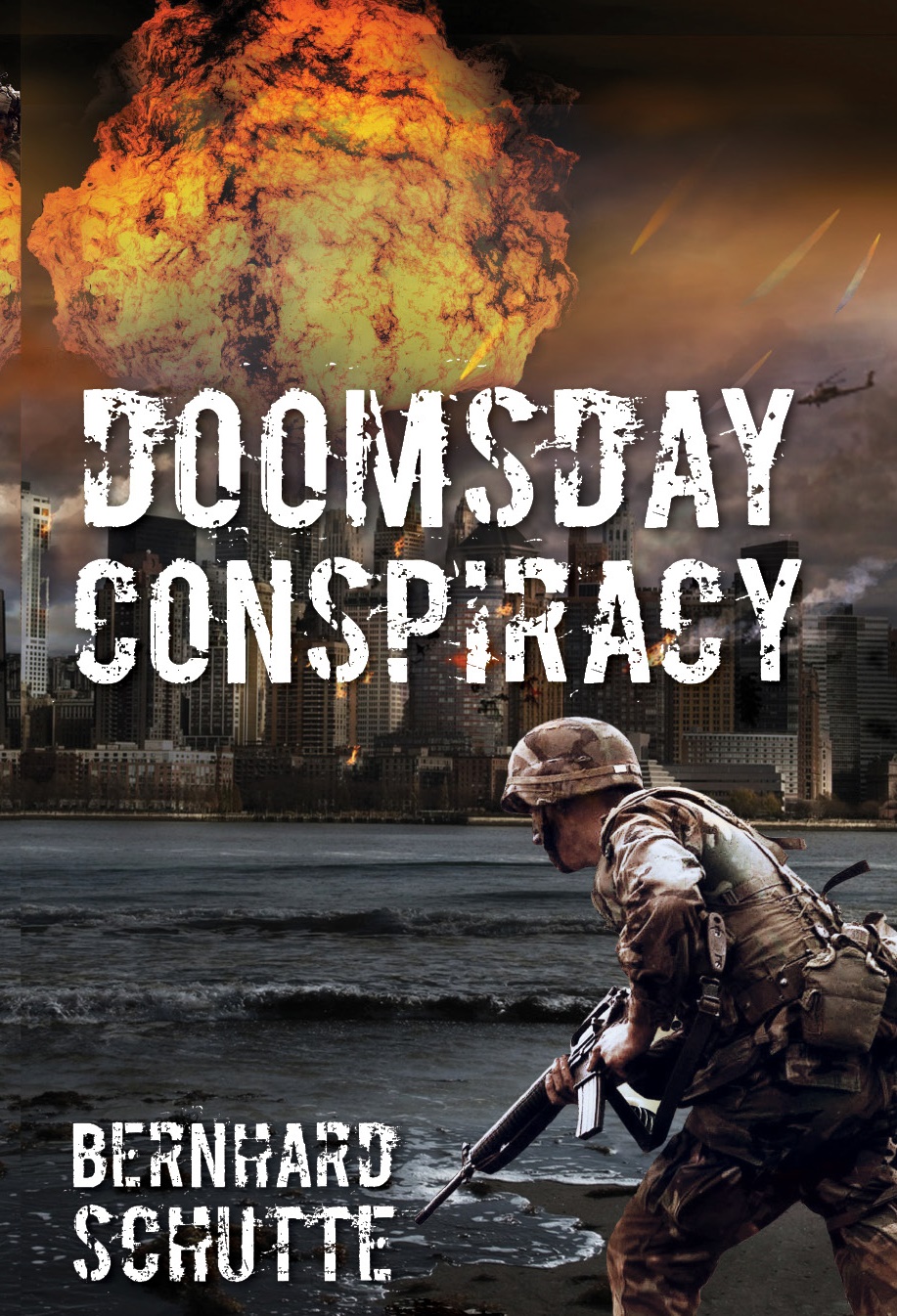 Conspiracy theorists will love this book which will confirm all their delusional ideas.

The protagonists are Garth Bladen and Ian Stafford, two men with above average intelligence, if not geniuses, who after graduating from Stellenbosch, are recruited by the apartheid government’s security apparatus, better known as BOSS, when they successfully foil a terrorist plot to bomb parliament. Their fathers are wealthy businessmen and have a lot of influence in National Party circles.

The two men find themselves in the covert world of intelligence, and their handler, apart from the boss of BOSS, for want of a better word; is the American, the Colonel , who recruits Bladen and Stafford into his organisation and their mission is to find a device, later identified as a Sliver, which when inserted into the body’s sensory system, preferably the brain, is controlled by a radio frequency that will force the wearer to kill, pillage and rape, at the press of a button. The two men will have unlimited resources at their disposal and one word from them has army generals running to do their bidding. They can summon Lear jets and helicopters with a snap of the finger.

Shades of the Illuminati but the Colonel firmly believes that the money lords behind the scenes, in most cases control the governments of the world, or the people who run those governments. They are more ruthless than the most savage army. Money is all they are concerned with and human beings are a scourge to be removed or silenced. “If and when these two forces get together in harmony, we have the formula for Armageddon”.

Stafford and Bladen, who have been trained by the best in military intelligence, visit the hot spots and war torn areas of the world, including Rhodesia and Kuwait, Congo, Kosovo, Angola and anywhere the Colonel suspects the device is being used. But they’re always just too late. They found one in a fisherman, Tommy, who set himself alight in a Durban street, but it soon disintegrated. The Colonel is fond of quoting from the Bible, especially Revelations, and he believes that the Apocalypse is being planned by the world’s richest businessman. Coincidentally, a meeting of the G7 nations: America, Canada, Britain, France, Germany, Italy and Japan is being planned and the foreign ministers of the countries will attend and their decisions will have a devastating impact on the world

Enter another American, Roger Sheppard, a multi-billionaire who has his eye on the White House. However, he is also obsessed about the end-of-times and entices Bladen and Stafford to join his organisation, COIN, which is at the forefront of technology. They agree but insist on writing their own ticket, and are not answerable to Sheppard, although they do check in with the Colonel in his secret hideaway, deep in the Rocky Mountains of Colorado.

Sheppard too, has his hidey holes, they are well-hidden, carved into solid rock by an experienced South African mining engineer. Some of them are  extremely well-equipped laboratories where scientists are helping him to pursue his dream of world domination and perfecting the Sliver, and one of them is underground in Kuwait. Two men working with Sheppard are well known to Garth and Ian. Gerhardt was one of the men behind the bomb plot who served 15 years , and Blake, a Selous Scout, whom the pair met in Rhodesia.

A breakthrough of a sort finally comes when Garth and Ian arrest an IRA dissident who is hijacking a plane with the aim of crashing it into the White House. When Ian becomes a victim of the Sliver Garth begins to think there is collusion between the Colonel and COIN. But who to trust? There are some miraculous escapes; a high speed chase around the Peninsula after COIN sends the beautiful Cintaine to kill Garth. But as we know life doesn’t go according to plan. The book is a real doorstopper with its 647 pages. The action spans a period of more than 20 years and I think it covers each year in too much detail.

Do Bladen and Stafford “halt the maniacal forces bent on the destruction of mankind?” Is Stafford still alive? Do they save the world? Does it end in a bang?

Although the title does give away the theme, the plot is too far-fetched to be credible. Some incidents stretch the bounds of imagination. For instance, Garth and Ian, as a test, infiltrate Israel, and blow up a weapons dump.

The author has done a lot of research on the topics he explores in the book. Schutte is a qualified pilot with licences for fixed-wing, micro-light aircraft and helicopters. However, a lot is superfluous which adds to its length. Sometimes too much information is not helpful.

Doomsday Conspiracy is not error-free. Early on Garth becomes Grant but then it’s back to Garth; unchartered instead of uncharted; free reign instead of free rein; and irritatingly his or her; when the author is trying to be politically correct. Here is a prime example: the increased engine revolutions would caution the pilot that he or she was in a dive and he or she would pull back on the joystick to raise the nose of the plane. Near the climax where Garth is tied up with his hands behind his back in a laboratory, “he slammed his fist theatrically in his palm when he noticed the surprise on Gerhardt’s face”. With his hands tied behind his back?  Read it at your peril.