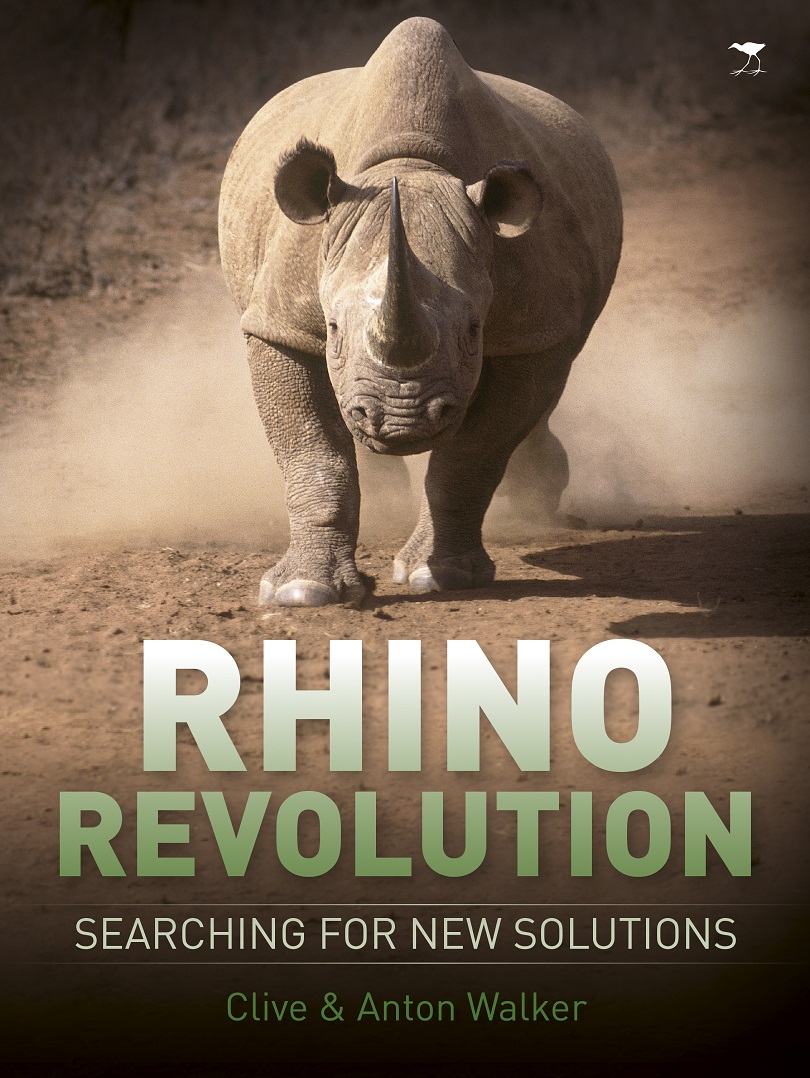 The Rhino Revolution arrived on my desk almost at the same as the news that the last male northern white rhino, named Sudan, died at Ol Pejeta Conservancy in Kenya. Sudan, 45, was plagued by infections and other health problems so his death wasn’t entirely unexpected. Now just two northern white rhinos remain in the world, both progeny of Sudan, his daughter, Najin, and his granddaughter Fatu, and living at the conservancy.

The slaughtering of the rhino is not a new phenomenon. The story of the rhino has been a bloody one since the arrival of the first Europeans in 1652. The authors say the species “have largely survived because of the farsighted interventions of a few individuals in the past who recognised the rhino would not survive ‘the hand of man’ if action was not taken.”

Clive and Anton Walker point out that South Africa finds itself in a situation where the enemy is in its own back yard. Even with the finest fighting force on the ground, there seems to be no political will to get to grips with the problem, the authors believe. But there is hope thanks to the dedicated citizenry and individuals who are fighting the good fight to save the rhino.

Is there a solution? The authors believe so but some lateral thinking is required. “We  need to change the perception that a dead rhino is worth more than a living one,” they say.

The private sector will have a big role to play in combating rhino poachers, the Walkers are convinced. One of the suggestions they make is that the rhinos should be relocated to areas where it is easier to defend them.  The Kruger National Park and the Hluhluwe/Imfolozi Park in KwaZulu-Natal are good examples. While both are rated among the best in habitat the area is hard to police and defend. The Kruger has a 160 kilometre border with Mozambique where the bulk of poaching has emanated. In the first 18 weeks of 2017 at least 89 rhino were killed in the KwaZulu-Natal parks, according to a report by Tony Carnie in the Sunday Times last year.

The ongoing killing of rhino is cause for great alarm. Despite spending more than R400 million to combat the scourge in the Kruger alone, the slaughter continues. It has also called into question the legitimacy of some fund-raising conservation groups. I know, I was caught by one of them about 16 years ago, and I had to change my banking details to stop the group from debiting my account every month. Now I am wary of donating to these “good causes”. I’m still waiting for the T-shirt they promised to send me.

Rhino Revolution: Searching for New Solutions is a follow up to the best-selling Rhino Keepers (Jacana 2012) and the Walkers have cast a fresh eye on the ongoing rhino crisis.

Chapter seven describes the five living rhino species: two in Africa and three in Asia. They are the black rhino; the black rhino; the Sumatran Rhino; the Javan Rhino and the greater one-horned rhino. The three last-named are in Asia.  The word rhinoceros is derived from the Greek words pivoc, rhino, referring to the nose, and kepac, the animal’s horn, thus ‘horned-nose’.

If you’re interested in conservation, not only saving the rhino, the Rhino Revolution is filled with useful information and takes the debate of saving the “horned one” to another level. The full colour images by John Hanks and Yolan Friedman add great value. If we don’t step up our efforts to save it, it may be the last place we’ll ever see a rhino: in a book.