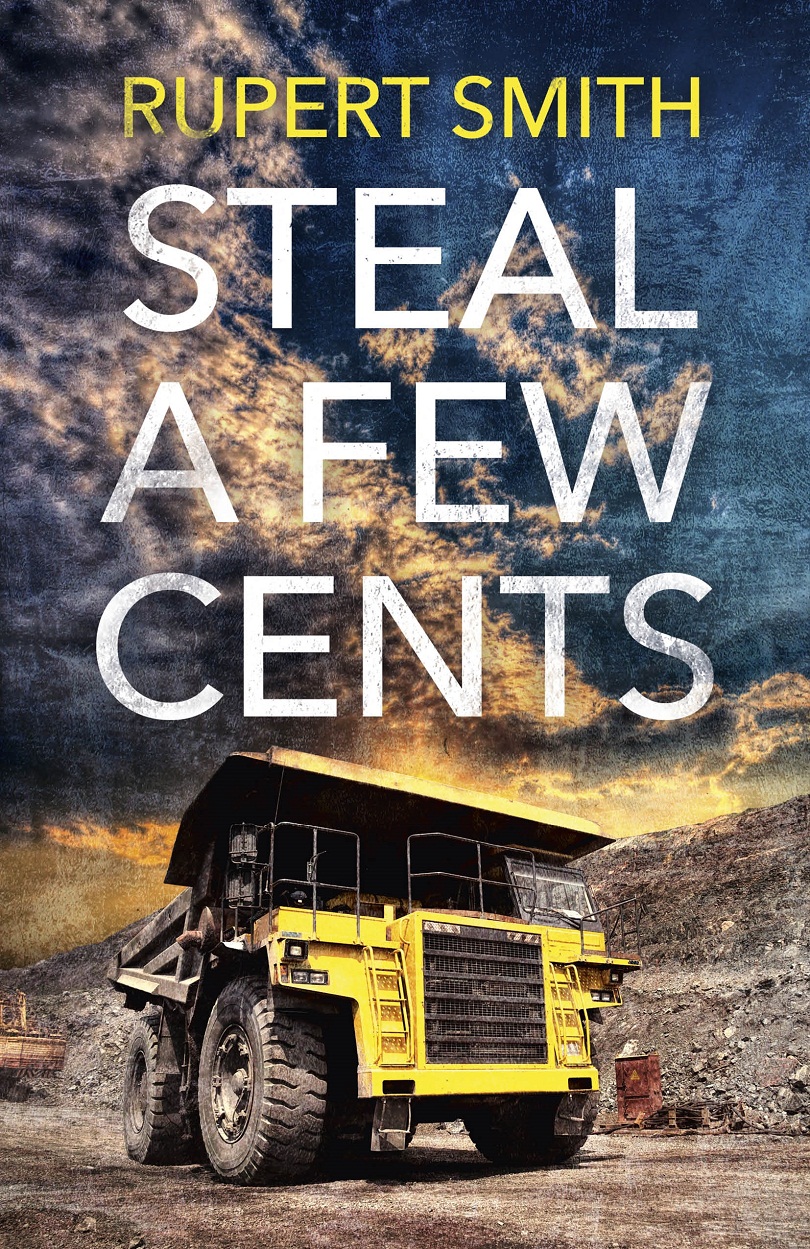 In movie parlance “Steal A Few Cents” would be known as a sleeper, a film that unexpectedly became a success. And I predict that this book will fly off the shelves when readers discover it.

The title comes from the words, “Steal a few cents and they put in you jail; steal a few million and they put you in charge”, spoken by Mpho Mamela, to his gay lover Frankie Mabena, who is tossed into jail after he was caught “cooking the books”.

The action starts when the young accountant Mamela is trapped in the rollers of a conveyor belt and his body mangled beyond recognition at a coal mine in Emalahleni (Middelburg). Regulations call for an official enquiry by the Inspectorate of Mining. Stephen Wakefield, the lawyer for Sethemba and Biesiesfontein Colliery, and a director of the company, is preparing for the hearing and wants to know what happened. Mamela was in a restricted area and should not have been anywhere near there.

As Wakefield digs he learns that Mamela’s death was not just a workplace accident. He uncovers a web of corruption which extends to the highest level of Sethemba. The key is a missing Tablet that was given to Mamela as a gift from a mysterious benefactor. The characters are well developed even Wakefield’s wife, Lisa, who has a peripheral role in the story. They include Thuli Mpongose, the successful CEO of Sethemba who never forgets to remind people that he’s the boss or where he comes from; the jovial priest Ronald Ncube; chairman of the enquiry Kraai Serfontein who bears a grudge against Sethemba; security manager on the mine, rugby fanatic Jonny “Mountain Man” van Straten; the prissy human resources manager, Trevor Hodges; and the General, Shakes, an  MK veteran and owner of  the company to whom Wakefield reports. It’s a story that has all the ingredients which make newspaper headlines: racism; cronyism; blackmail and more.  Steal A Few Cents is just 261 pages but it packs a solid punch. An excellent read.

If this book was submitted to any of the mainstream publishers and it been rejected they missed an opportunity. Rupert Smith is a retired attorney who spent 30 years in the South African mining industry and in Steal A Few Cents he writes about what he knows.