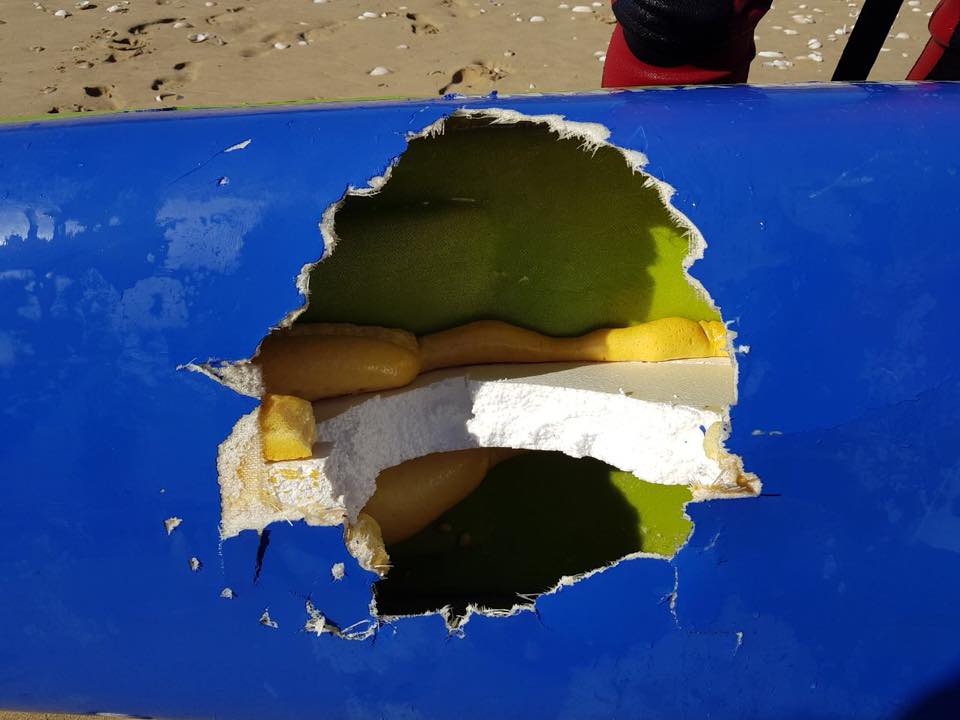 On arrival on the scene we found a 33 year old local man safe ashore after a shark, reported to be approximately a 2.5 meter White shark, bit a hole underneath the hull of the man’s paddle-ski while he was paddling.

Following the incident the man lost his balance and landed up in the water and he swam to shore climbing onto rocks and he was was not injured.

NSRI recovered his paddle-ski from the water and the man was transported to Wreck beach, where his car was parked, aboard our sea rescue craft and he required no medical attention and no further assistance was required.

WC Government Health EMS and the AMS/EMS Skymed rescue helicopter were stood down prior to arriving on the scene.

NSRI urge bathers and paddlers to be alert, particularly at this time of the year, where it is known that sharks tend to come closer in-shore to feed as part of their natural feeding habits.