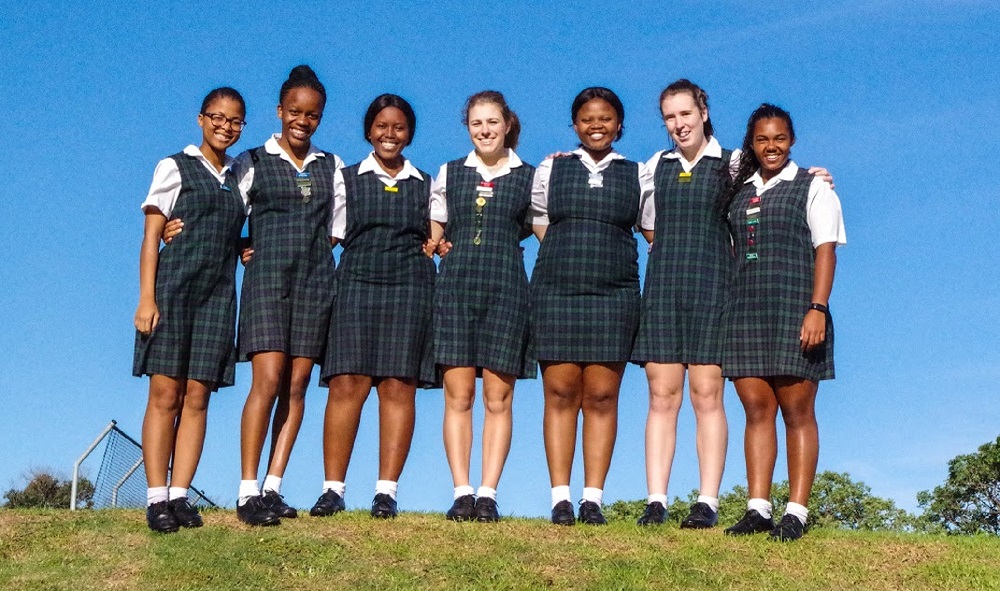 There will be a whirlwind of activity both on and off the field when the SPAR National All Girls’ Winter Sports and Cultural Festival takes place at Clarendon High in East London from April 27 to 30.

In a festival which encompasses all aspects of school life, from slamming a hockey ball into the net to the art of public speaking, the weekend will be a showcase of South Africa’s schoolgirl talent.

While there will be keen competition, Clarendon High principal Pat Rose said the emphasis of the festival was on camaraderie, spirit and sportsmanship.

“The slogan for the festival – ALL GIRLS TOGETHER – encapsulates what the weekend is all about as the girls celebrate the 19th edition and a chance to make special memories,”she said.

Having started as a relatively low-key All Girls’ Winter Festival in Cape Town in 2000, when it was co-hosted by Rustenberg (netball) and Wynberg (hockey), the occasion has grown to include over 20 schools at times.

This is the third time Clarendon will host the event after 2003, when the school celebrated its centenary, and 2011.

An indication of the variety of talent which will be on display comes in the many disciplines the festival offers – hockey, netball, squash, golf, tennis, debating, public speaking, masterchef, chess, vocal ensemble, visual arts, creative writing and drama.

Not only will the girls receive a chance to renew acquaintances and make new friends, they will be exposed to experts in a number of fields.

For example, South African umpire Deon Nel, who attended the Rio Olympics last year, will head up the referees for the hockey section, while Clarendon old girl Zoya Mabuto, a national toastmasters winner, will give a workshop to the creative-writing girls and judge the public speaking competition.

Although the emphasis is on camaraderie, there will be keen competition among the schools, with a number of teams out to defend their top-ranking status from last year.

These include Oranje Girls from Bloemfontein, who won the hockey, Afrikaanse Girls High from Pretoria who took the netball, squash winners Queenstown Girls’ High, chess champions Eunice and Parktown Girls’ who topped the debating competition.

The Clarendon principal said they were delighted to be hosting the prestigious girls’event, which will have the official opening ceremony on Friday evening.

“We thank SPAR Eastern Cape for sponsoring the festival and look forward to a weekend of friendship, fun and loads of healthy competition,” she said.

“SPAR, as a brand with their values of passion and family, fit superbly with this national event.”

She added that the Smile Foundation was the chosen corporate social responsibility for the festival and there would be a strong recycling drive during the weekend.

“This year is the first time the All Girls and the Smile Foundation have been linked,” said Rose.

“The theme for the year at Clarendon Girls’ High is gratitude and we have applied this to the All Girls’ Festival where we hope the participants will be reminded to be grateful for their health and talents.

The Smile Foundation is a South African non-profit charity that helps children in need of treatment for facial abnormalities such as cleft lip and cleft palate.

Rose said the Clarendon Enviro Club would be fully involved in the festival, ensuring that all participants recycle, reduce and reuse.

“Everyone will be encouraged to hand in uneaten food packs and not to throw food in rubbish bins. This food will be distributed to charity organisations in East London.”