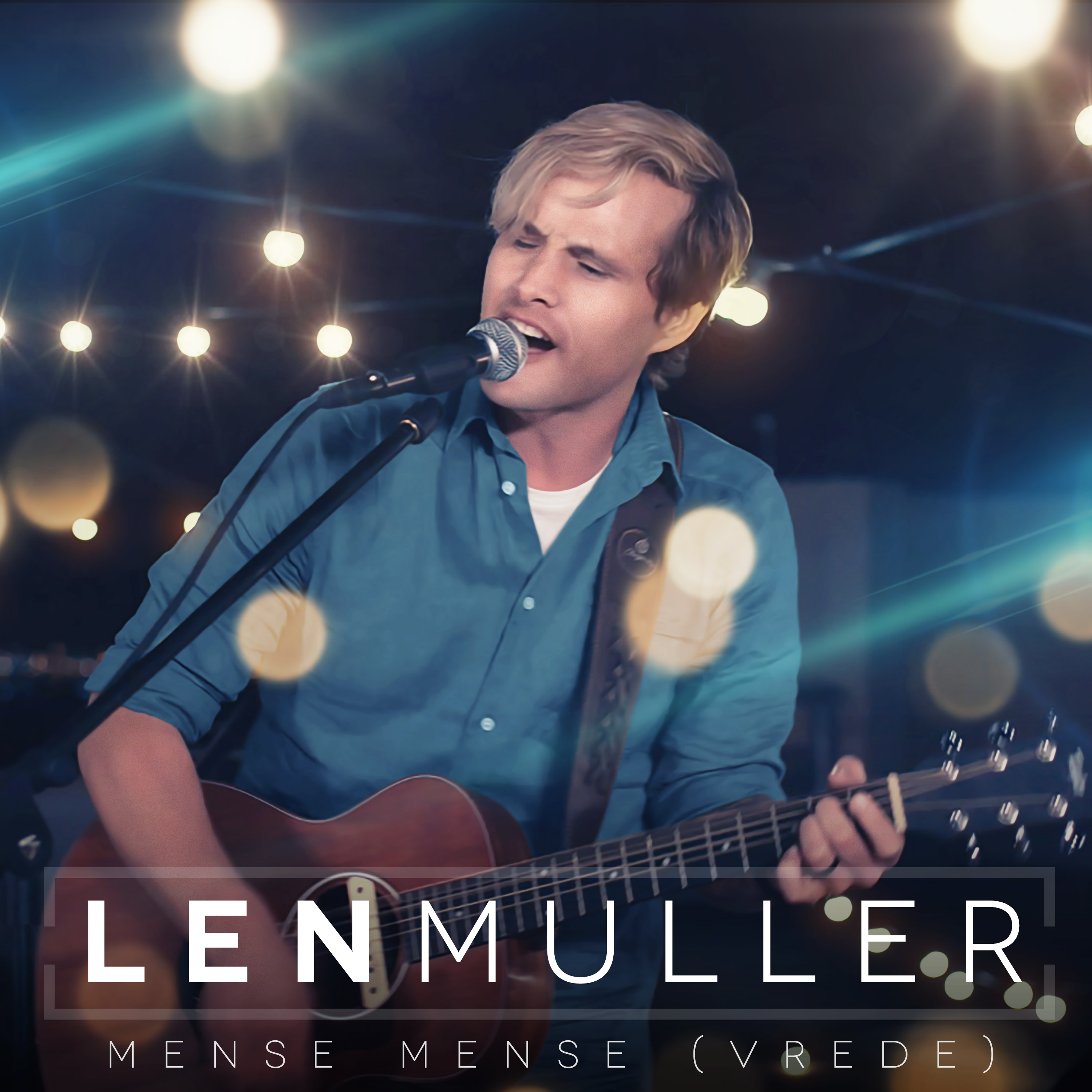 On 9 April 2018 a brand new Afrikaans sitcom, MENSE MENSE, made  its debut on kykNET. This Nouvanaand Films production not only include a star-studded cast, but also boasts a beautiful theme song by popular singer and songwriter, Len Muller, which everyone is talking about!

VREDE is an upbeat contemporary track in Len’s distinctive Afrikaans-Acoustic style and was written in collaboration with Roan van As and Raldo Mattheus. Although the lyrics are deep and meaningful, the song has a light-hearted approach with a catchy tune that gets stuck in your head and invites you to sing along. “To me, it is about every person’s pursuit to find peace and how I find my own in God, especially when life and circumstances make it seem impossible,” shares the musician. “I suffer from anxiety and depression and wanted to write something that promotes peace to those who struggle with the same issues.”

MENSE MENSE is about a group of friends who share their lives by working, hanging out and living together in one building. It explores the ups and downs of friendship, relationships and growing up and shows the unshakeable love that can be shared when strangers become family. The cast includes well-known actors like Sandra Prinsloo, Crystal-Donna Roberts, Bobby van Jaarsveld, Lea Vivier, Solomon Cupido and Reynard Slabbert, with Pierre van Pletzen behind the camera and Nico Scheepers as director. “MENSE MENSE is positioned as a ‘New Old Favourite’ and the theme song had to reflect this. Len Muller’s VREDE is fun, yet nostalgic. This supports the themes of togetherness and compassion, which are evident in this sitcom. Furthermore, it is also catchy and a pleasure to listen to”, says Nouvanaand producer, Chanél Muller, about their song choice.

The singer whose single, Smag na Jou, was included on the soundtrack of the movie Strikdas, is very excited about this amazing opportunity and says: “When they phoned me to ask if they could use my song, I had to pinch myself several times to make sure that I was not dreaming. Even more so when we shot a music video starring Sandra Prinsloo and Bobby van Jaarsveld! After recording the track, I felt that it had the potential to be a theme song for a series or sitcom and decided to send it to a few producers. I also pitched it to Nouvanaand Films who liked it, but only contacted me again a year later. I immediately accepted their offer and the rest is history!”

Len’s debut album, Doodgewone Avontuur, was released in 2015 and officially launched his career in the South African Music Industry. This masterpiece also got him nominated for various Ghoema- and Tempo Awards, including Male Artist of the Year and Newcomer of the Year. Since then he has managed to conquer the hearts of many Afrikaans music lovers and is best-known for his duet, Vir Die Een Wat Geval Het, with Joshua na die Reën, as well as the instant hit, Ek Glo.

MENSE MENSE (VREDE)’s music video was filmed on the rooftop of MultiChoice City and plays on kykNET (channel 144) on a regular basis. The single, taken off the artist’s second album, Oog van die Storm, is set to hit radio stations from today, 23 April 2018.

Len Muller is renowned for his captivating lyrics and soothing voice and wants to create meaningful music that is easy to listen to and will have a lasting impact. With his latest achievement he does not only exceed this goal, but also manages to secure a permanent place for his work in Afrikaans Entertainment History.