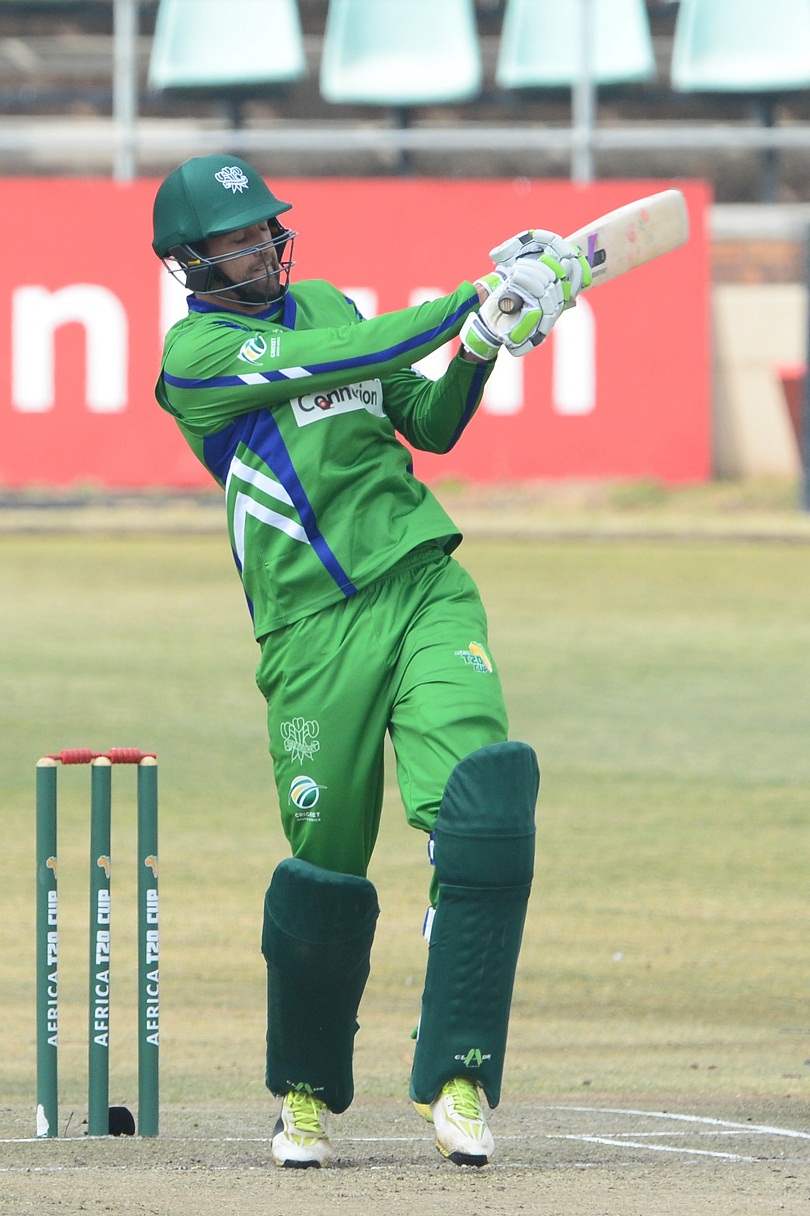 SWD batting hero, Obus Pienaar, won the prestigious SWD Player of the Season Award at their Annual Awards Function that was held at D’Opstal Country lodge near Oudtshoorn on Friday evening.

Pienaar topped the overall Sunfoil Cup Three day averages with an impressive average of 101 after scoring 909 runs in the season with four centuries, four half-centuries and a top score of 186. The SWD U/17 Regional Performance team that excelled at the recent Standard Bank National RPC/Hubb week won the award as a representative provincial team of the year.

Jean du Plessis, who represented the SA U/19 team at the ICC U/19 World  Cup in New Zealand earlier this year,  received the Simon Swigelaar Floating Trophy for his outstanding achievement.

Two members who passed away during the past season – Wilfred Matthews, a former SWD Player and Selector and Eric van der Vyver – who served as President of SWD Cricket in 1994/95 were honored with a Roll of Honor Award.

Caption: Obus Pienaar – the SWD Cricket Player of the Season for 2017/18