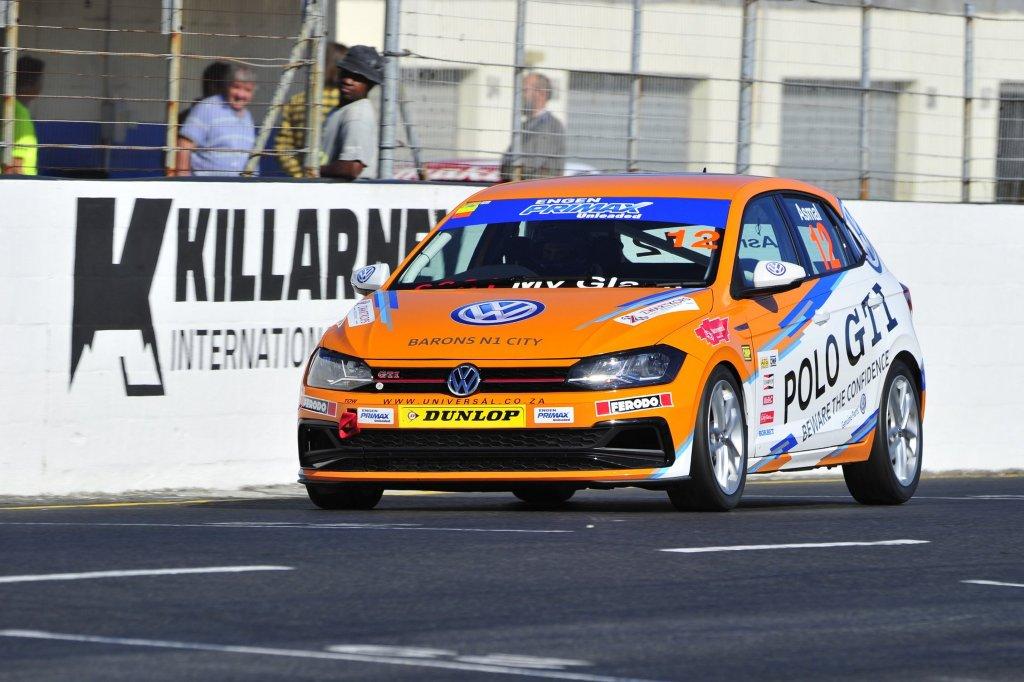 With all drivers allowed to use their Push to Pass buttons six time per race, various new challengers stepped up to the front plate. During Friday’s unofficial practice sessions, it became clear that the weekend’s competition would be desperately close.

After Saturday morning’s official qualifying session, the lap times of the top 15 cars were covered by less than a second.

Rounding out the top ten places were Justin Oates (URUP Polo), Juan Gerber (Gerber Polo), Darren Oates (Payen Polo) and Keegan Campos (Turn 1 Polo). Kruger confirmed his superior pace by getting ahead at the start and staying there.

The quickest lap of the race – and provisionally the new Killarney Engen Polo Cup lap record – belonged to Justin Oates, just before he ran out of road in Turn Two and planted his URUP Polo nose first in the tyre barrier.

Kruger made no mistakes in race two, leading from the front row and maintaining that position throughout the ten laps.

Kruger was chased hard by Pepper, who eventually finished six tenths of a second behind.

En route, she set a new Killarney Engen Polo Cup lap record at 1 minute, 25,978 seconds – two-tenths of a second quicker than the category record achieved by Justin Oates earlier in the day.

The next round of the 2018 Engen Polo Cup championship will be held at the Zwartkops Raceway near Pretoria on Saturday May 12, forming part of the Sasol Race Day at the venue.