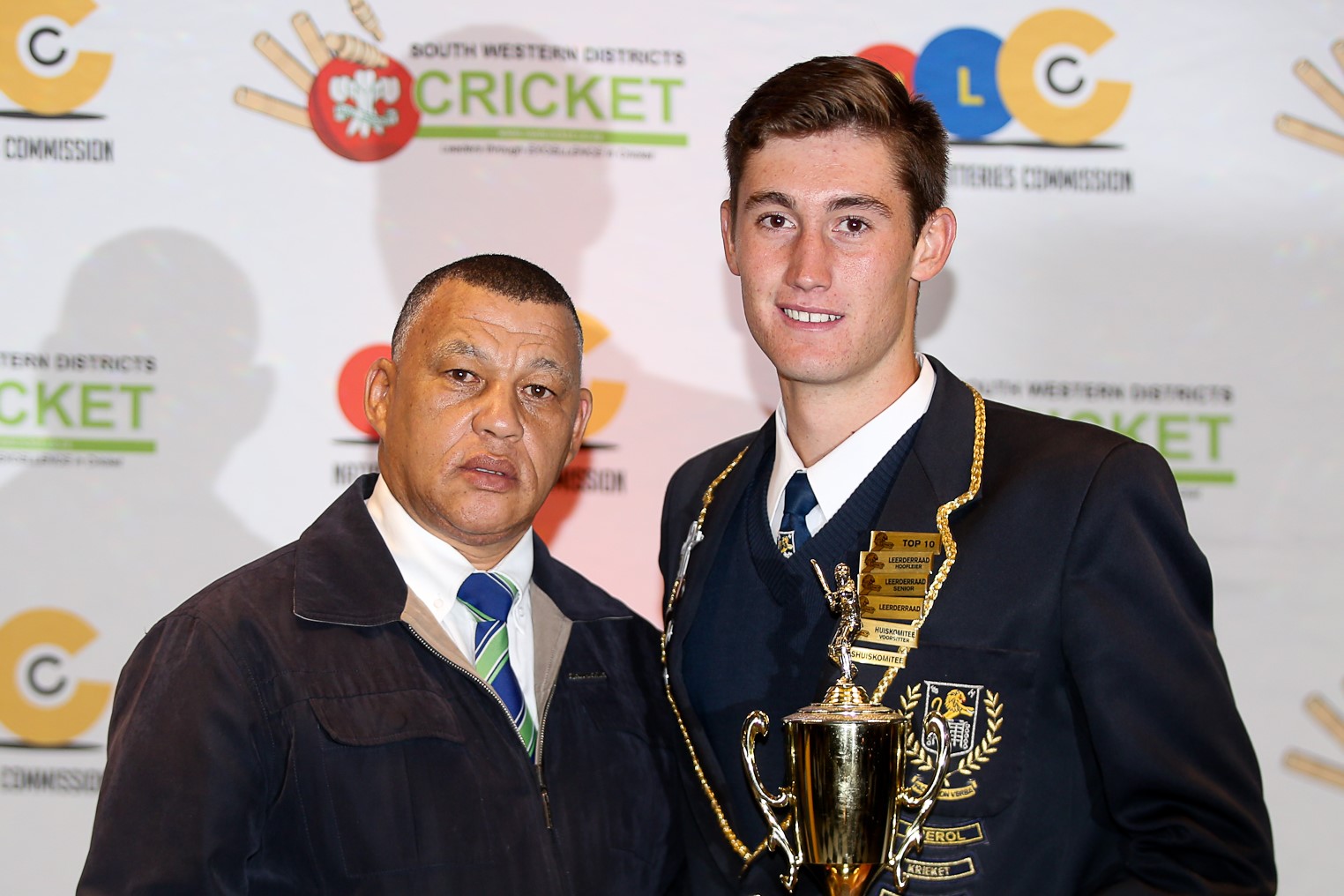 The Super and Promotion leagues were contested through round robin matches with the team finishing top of the log at the conclusion of the competition being declared the winner.

Langenhoven Gymnasium who claimed the Under-19 Super League title for three consecutive seasons between 2013 and 2016 was back to winning ways when they clinched the title at the end of the season. Outeniqua High Under-15A had an impressive run this season, not losing a single match on their way to clinching the Under- 15 Super League title.

Outeniqua also claimed the U/19 Coca Cola Twenty 20 title against Oakdale, but they failed to qualify for the national competition. In the final, Ruan Joubert (31) was the best batsman for Outeniqua,  who posted 108/8 and thereafter dismissed Langenhoven Gymnasium for 88 for a 21 run victory. In the 3rd and 4th place play-off Point High School (89/9) from Mossel Bay was defeated by Bridgton Secondary (90/6) from Bridgton in Oudtshoorn by 4 wickets.  Thirty-seven schools participated in this popular competition as well the Bridgton Regional Performance Centre. Matthew Thorne from Oueniqua High was selected for the Coca Cola T20 All Star team that played in a curtain raiser for the national finals.

Connor Flanigan, from Langenhoven High in Riversdale, who scored a total of 296 runs with a highest score of 74 was the top batsman in the T20 competition whilst McJason Goliath from Bridgton Secondary School who took 11 wickets with the best figures of 3/13 was the top bowler in this competition.

Reinhardt Bredenkamp (277 runs), from Outeniqua High, was the top batsman in the Under-15 Super League and Jaco Victor (Langenhoven Gymnasium) who claimed the most wickets in the league – 21 wickets – with a best bowling analysis of 4/9 the top bowler in the league.

In the Under-19 Super League, Jean Bruiners, was the outstanding batsman and scored a total of 429 runs with a highest score of 128. Brian Jack claimed the accolade as bowler of the season when he took 19 wickets with the best figures of 5/37. He also scored a schools’ best of 276* and was named the High Schools Player of the Season 2017/2018.

The dormant schools cricket league is the latest development journey the province embarked on whereby schools that have stopped playing cricket are identified and converted back into cricket. Six schools participated in the league matches played over two weekends with Dellville Park Primary School finishing top of the log after the conclusion of the matches. Officials and players had the opportunity to meet new people and have a lot while contesting this wonderful game