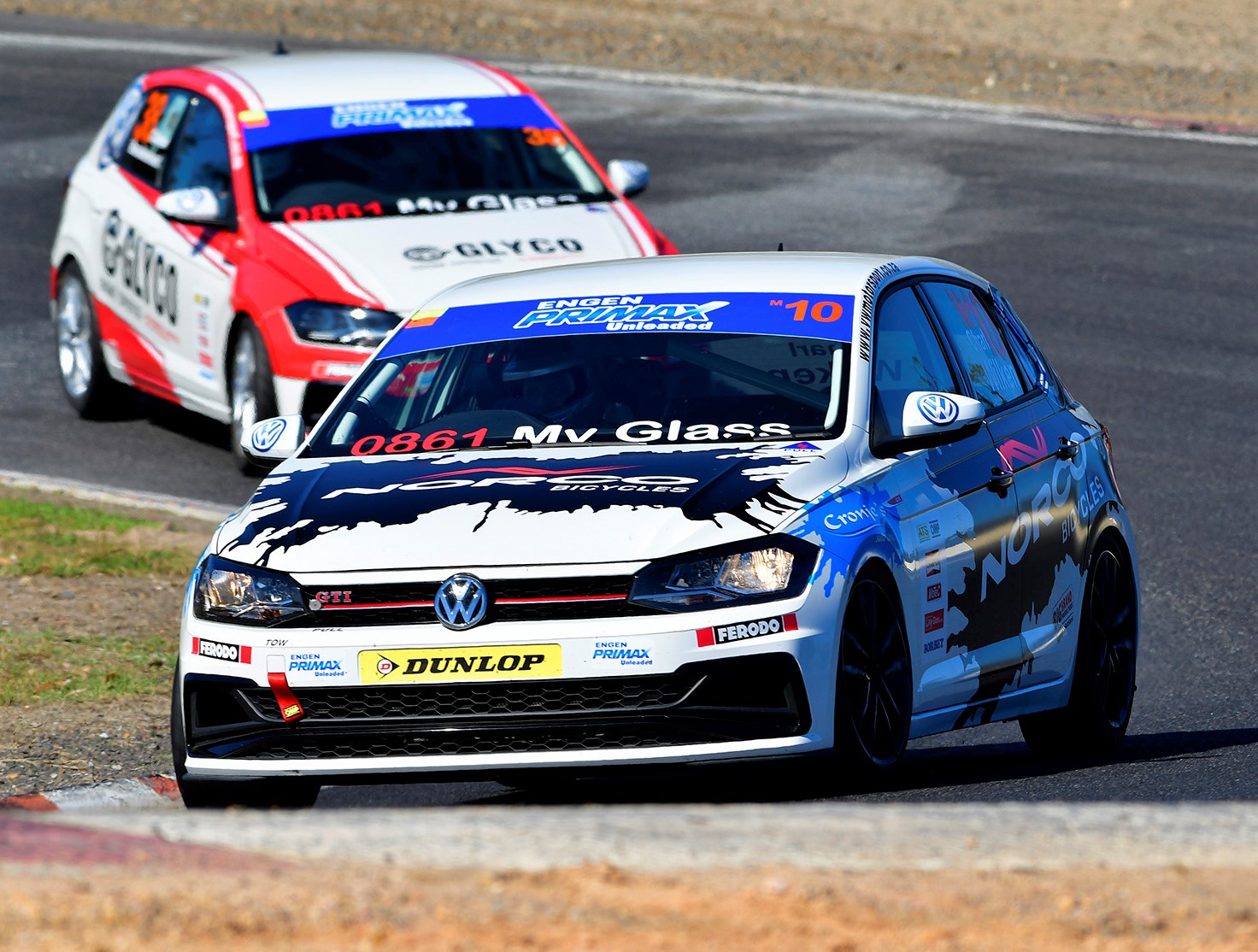 Brian Joss – Multiple national racing and rallying champion Charl Wilken in only his second outing in the super competitive Engen Polo Cup Series had a strong showing in both heats held at Killarney last week.

The last time Charl drove around the Killarney circuit in the correct direction was as far back as 2002 and thus he was a little worried that the limited practice time was not going to be enough for him to get fully up to speed. In practice session one he only managed ninth quickest time but improved to fifth quickest in the second session. In qualifying he managed the fourth fastest time, giving him a shot at the super pole one-lap shoot out for the top six drivers in qualifying. Again, he improved and stuck the Norco/Cronje Auto Body Polo on the front row of the grid in second position.

“With the competitive nature of this formula and the fact that passing with the new turbocharged Polo GTis are so difficult, qualifying is of utmost importance. Therefore, I was very happy with my qualifying result, especially seeing afterwards that the top 10 cars on the grid was only separated by 0.5 of a second,” Charl commented.

Charl capitalised on his front row starting position and at the chequered flag he maintained his second position, finishing a mere 0.7 of a second behind winner Jeffrey Kruger. “Jeffrey was really quick, and he didn’t make any mistakes either, so there was no way for me to get by” Charl commented after the race.

Race two was a bit of a lucky draw as the top 6 drivers with the second fastest lap times get to draw for their starting positions. Charl drew the fourth position on the grid and after another uneventful race he crossed the finishing line in fourth position. “Yet again the passing proved rather difficult and unfortunately, I just could not find a way past Jonathan Mogotsi in heat two, nonetheless I am happy with my results from both of the heats,”” Charl said. In the end the results showed Charl in second place overall for the day and the first master.

You can help to support Charl and at the same time win a Norco mountain bike. Details can be seen on his Facebook pages. The next race meeting is at Zwartkops in Pretoria on May 12 when the draw for the winner of the bike will take place.