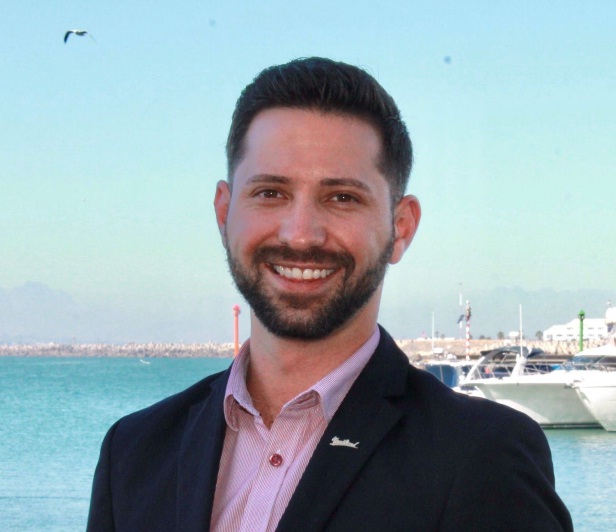 A 10 year veteran in the hotel and hospitality industry and a multi-talented individual, Arend joins Radisson Blu Hotel Waterfront as Director of Sales and Marketing, having already notched up four years with the Radisson Hotel Group.

By 2018, thoroughly immersed in the Radisson motto “Yes we can!”, his capabilities were recognized as he was promoted to Director of Sales and Marketing at Radisson Blu Hotel Waterfront.

Humbled to be part of a hotel group that puts so much energy into their staff and helps them to grow and gives them opportunities to succeed he comments “I am excited about this next chapter of my career with Radisson Hotel Group. My parents encouraged me to work hard, and have given me the belief that hard work brings its rewards. They are still my biggest motivators”

In his spare time, when he has it, Arend enjoys singing, cooking for friends and family, and poetry, for which he has been published.

“These skills have taught me discipline, which I apply to all my ventures and is key to my drive for success. I am looking forward to my time with the Radisson Blu Hotel Waterfront and  contributing to the already considerable success of this iconic waterfront property.”