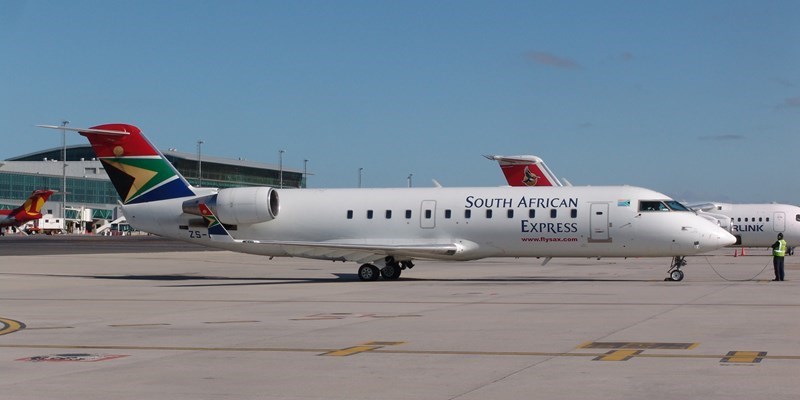 Passengers are missing meetings and connecting flights and, in some instances have to overnight, because of delays and cancellations of SA Express (SAX) flights.

Mbali Zibi, Communications Specialist for the airline, told Travel News Weekly that due to financial challenges, it had opted to reduce its schedule to stabilise it and better service passengers. “The schedule is reviewed on a monthly basis, given the number of aircraft available to operate.”

She confirmed that the airline was using leased aircraft to bolster the schedule, irrespective of the route. Clients have recently reported flying on unbranded aircraft, Air Maloti aircraft and even branded Russian aircraft.

Agents say SA Express delays and cancellations have escalated to unmanageable levels this month, while the airline is regularly operating leased aircraft on its routes. Agents are asking what has happened to SAX and where have all its aircraft disappeared to?

Tessa Hattingh, Travel Manager of Bloemfontein-based Sure Etnique Travels, says SAX’s Johannesburg-Bloemfontein route is “diabolical”.  She explains that the airline is no longer able to regularly operate its own aircraft and clients are reporting that three flights or more are being consolidated on to one leased aircraft.

“CemAir is doing well on the route but this is not the best option for international passengers as there are no interline agreements in place. To avoid missing international connections, passengers are asking us to book the 09h00 SA Express flights to Joburg, hoping that they will land in time to connect with 21h00 international OR Tambo International Airport departures,” said Hattingh.

“I really feel for the SAX employees too. They are bearing the brunt of the anger of both passengers and agents and don’t know what will happen from one day to the next.”

“It has got so bad that clients are asking to fly on other carriers,” said eTravel ITC, Gillian Gerber, from Timeless Travel Solutions. “SAX does offer full refunds and has given 25% compensation letters, but this doesn’t make up for the inconvenience and frustration experienced.”

The delays are not confined to Bloemfontein, with agents reporting problems on Kimberley, George and Gaborone flights.

Michelle Minnaar, Manager of Harvey World Plettenberg Bay, received a call from SAX on April 23, advising her that the next morning’s George to Joburg flight had been cancelled. “As the clients would now miss their connecting flights with Qatar, SAX advised us that the clients should book a kulula ticket at their own expense in order to connect,” she said. “Have you ever heard of anything like this?”