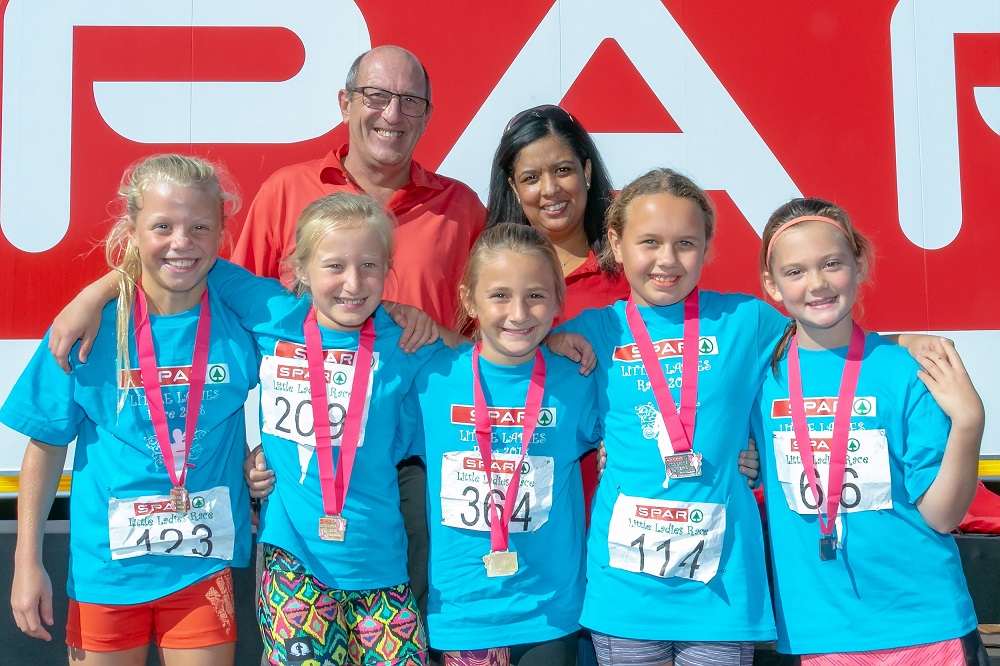 Hundreds of young girls did their bit for the environment when they took part in the SPAR Little Ladies’ Race at Pollok Beach in Port Elizabeth on Workers’ Day.

The sixth edition of the 2.5km event, which serves as a prelude to Saturday’s SPAR Women’s Challenge, raised money and awareness for SPAR’s Plastic Bag Campaign.

“It is a special event that is unique to the Eastern Cape,” said Alan Stapleton, SPAR Eastern Cape’s sponsorship and events manager.

“It celebrates the beautiful spontaneity and youthful exuberance of young women in our region and is the perfect curtain-raiser for the feature event.”

Stapleton said he felt the race, which attracted approximately 750 girls aged 9 and under, would continue to grow as it presented an ideal opportunity for moms and daughters to bond.

“It stimulates camaraderie while offering the opportunity to exercise, enjoy the entertainment and win prizes. It is something special a little girl can do with her mom.

“It is a lovely feel-good event with much bonding and a great way for SPAR to give back to the community.”

The winner, nine-year-old Jenna Coetzee from Collegiate Junior School for Girls, said she took part purely for the enjoyment.

“It was quite short for me, but great fun,” she said after completing the distance in under 10 minutes. “I love running and the competition was good as well.”

Lethabo Mashiane, 8, travelled all the way from Johannesburg – where she attends Montessori School – to take part.

“It was my first time doing it and I did need some help, but I learned a lot and I got the opportunity to get fit. It was good fun.”

“It is super fun when all of us girls can race together,” said the seven-year-old. “My teacher gave me a letter to do the race and I decided I wanted to do it.”

Seven-year-old Collegiate pupil Tiamo Monakali said she enjoyed the race as it was “fun to run”.

Five mother-and-daughter hampers and two bicycles were handed out in a lucky draw afterwards.

SPAR Brand Hampers ranging from R100 to R300 were awarded to the first five finishers.

The 25th SPAR Women’s Challenge, the province’s biggest road race, will get underway with the 10km event at 7am followed by the 5km at 8am from the same venue.