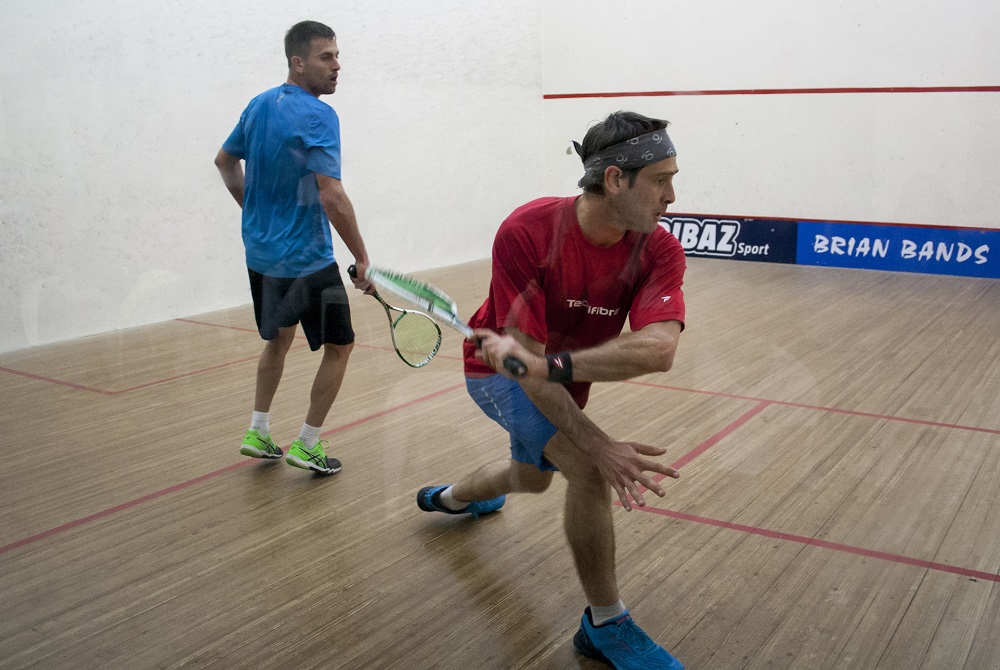 A new men’s champion will be crowned in the Madibaz Open squash tournament when the annual championship takes place in Port Elizabeth from tomorrow to Sunday.

Held at the Nelson Mandela University’s south campus, another strong entry has been lined up for this annual event which has been running since 2012.

However, for the first time since then champion Gary Wheadon, who is based in Cape Town, will not be back to defend a title he has won for the past six years.

Ranked five in South Africa, Wheadon has been a loyal supporter of events in Eastern Province. Besides the Madibaz Open, he has won tournaments at Rhodes and Londt Park on multiple occasions.

He is not available to play this weekend because the dates clash with a tournament in his native province of KwaZulu-Natal.

“I am sorry that I won’t be there to defend my title but unfortunately I am committed to a tournament in Durban,” said Wheadon.

“I certainly hope to be back next year to aim for another title.”

While his absence does rob the tournament of one if its star players, tournament director Jason le Roux said they had still been able to attract a quality line-up to contest this year’s edition.

“Even though Gary cannot be here, we have a number of top local players in the field and I am confident we will again have very good competition in the men’s A section,” he said.

“Top Port Elizabeth player Rudi van Niekerk will be a strong contender and there will be good competition from John Kuhn, ranked 26 in the country.

“He played for Free State in the Jarvis Cup interprovincial A section and is now studying at the Mandela University George campus.”

Van Niekerk, who plays for SA Country Districts provincially but lives in PE, reached the past two finals, but went down both times to Wheadon.

Ranked No 15 in the country, he is sure to be the favourite going into the event, which will include a number of provincial contenders.

Le Roux added that the leading Madibaz players would be in the field, including himself after suffering an ankle injury.

“I had to take some time off, but came through the Rhodes Open [which he won] at the weekend without any serious after-effects so I am hoping to play,” he said.

He added that women’s champion Lizelle Muller would be back to defend her title, while promising Madibaz No 1 Hayley Ward would also be in the line-up.

Ward has shown her potential this year by reaching the final of the Westview Open in February, where she lost to Muller, and winning the Londt Park Open last month.

Madibaz squash manager Melissa Awu said this was an important event on the university’s sports calendar.

“It’s a chance to showcase the talent we have at Madibaz squash,” she said.

“Secondly, it provides our players with a chance to measure ourselves against the top players in the province.

“We are encouraged that it features annually on the EP calendar and are looking forward to an exciting tournament.”

The tournament will cater for various leagues and will get under way tomorrow evening.

The action will continue on Saturday, with two rounds scheduled, while the finals will take place on Sunday.

CAPTION: Rudi van Niekerk (left) will be the favourite to lift the title in the Madibaz Open squash tournament this weekend in the absence of defending champion Gary Wheadon (right). The tournament starts at the Nelson Mandela University south campus tomorrow. Picture: Fabian Smith