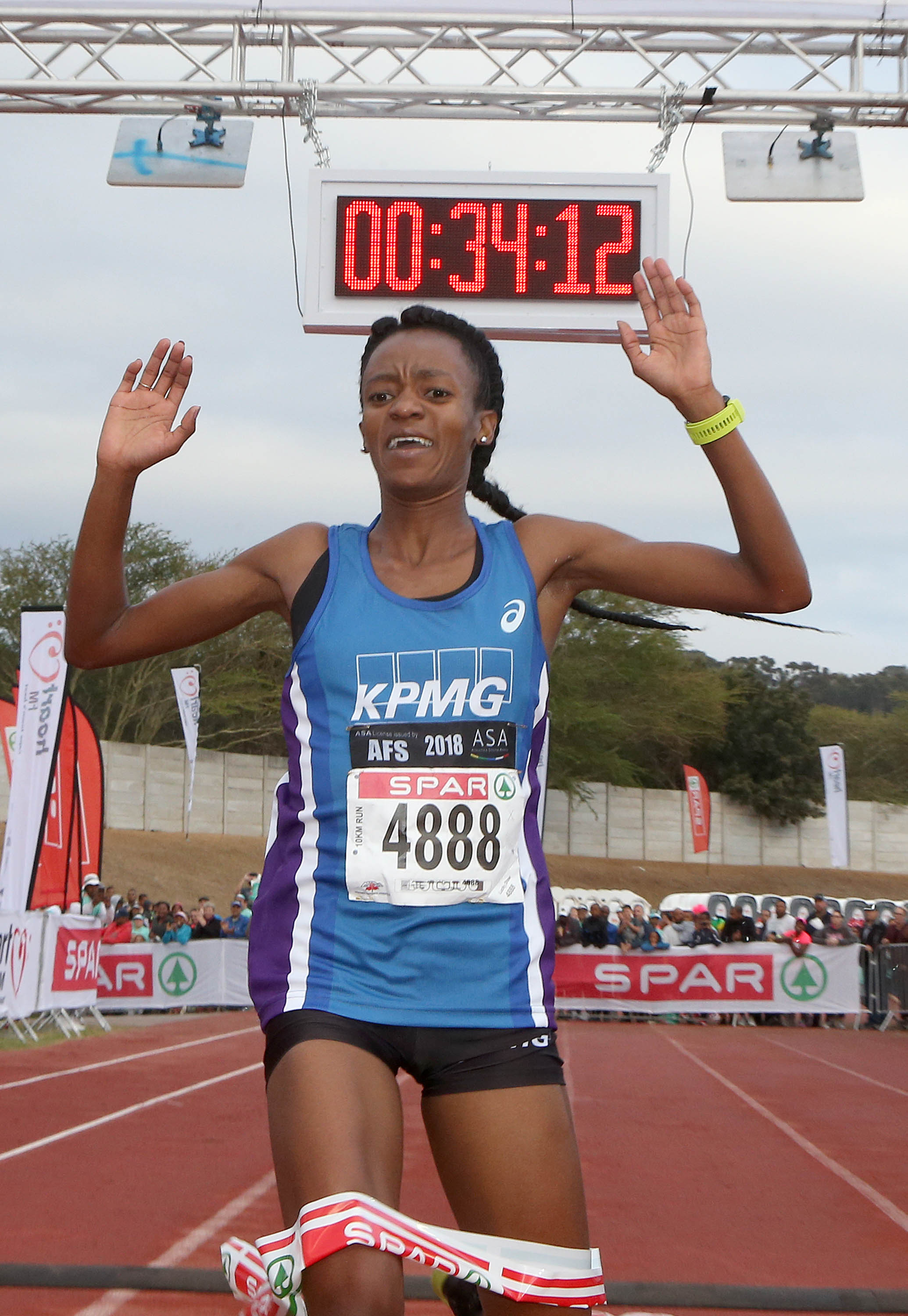 Bloemfontein runner Kesa Molotsane has been setting the pace in the SPAR Women’s 10km Challenge, but she knows she will face a serious test when she defends her title in Port Elizabeth on Saturday.

Molotsane, who runs for KPMG, won the opening race in Cape Town in March, getting her campaign for a second overall win in the Grand Prix Series off to the perfect start.

She will be among thousands of women who will descend on the PE beachfront at Pollok Beach for the 25th anniversary of the country’s most beautiful road race.

The 10km event gets under way at 7am, while the popular 5km race starts an hour later.

Although winning in Cape Town, Molotsane said she had been suffering with flu after returning from the African Cross-Country Championships in Algeria just before the first SPAR race.

“This has affected my training to a certain extent, but I am slowly but surely getting back to normal,” she said this week.

“I am not counting my chickens before they hatch and am just staying positive, not worrying too much about what might or might not happen.”

She added that she knew she would be up against strong opposition because of the calibre of women runners in the country.

“It’s very difficult because there are so many talented ladies out there. Every race has its own challenge and anyone can win.

“I believe the current group of runners are the best South Africa has ever had and we can be proud of the level of competition in the country.”

Molotsane finished ahead of Glenrose Xaba in Cape Town, with Irvette van Zyl, who was six months pregnant at the time, in third place.

With competitors such as Rhudo Mhonderwe, Zintle Xiniwe and Cherise Sims also in the mix, the defending champ knows the pressure will be intense on the fast PE course.

Competing for the first time in PE last year, Molotsane said she had not had much time to assess the route, but was looking forward to racing along the coast.

“Everything happened so fast on the day that I didn’t even learn much about the route, because before you realised it was all done,” she said.

“I couldn’t even compare it with other routes as I had only raced previously in Cape Town.

“It was more about taking part and finishing the race rather than checking the route, but I am very happy that it takes us along the coast.”

Having made her mark as a 5 000-metre track runner, Molotsane said she had put her ambitions in that event on the backburner to tackle the Women’s Challenge.

“It’s currently one of the main areas of focus on my annual programme. It’s something different and you get to meet different people.

“The Women’s Challenge is very important to females in South Africa and the initiatives that have been introduced through the races made me want to be part of it.”

SPAR EC’s drive this year is to promote their Plastic Bag campaign, aimed at encouraging consumers to become environmentally aware and to reduce the use of plastic bags.

To this end, bins placed by the Recycle Yourself organisation will be strategically positioned along the course to ensure the race route is kept tidy and clean.

In addition, competitors in Port Elizabeth will each receive a spekboom plant, an indigenous pot plant that absorbs carbon dioxide and releases oxygen, which helps to reduce the world’s carbon footprint.

CAPTION: Kesa Molotsane, who won the Grand Prix Series last year, will be back to defend her title in the SPAR Women’s 10km Challenge in Port Elizabeth on Saturday. The race starts at 7am. Picture: Reg Caldecott