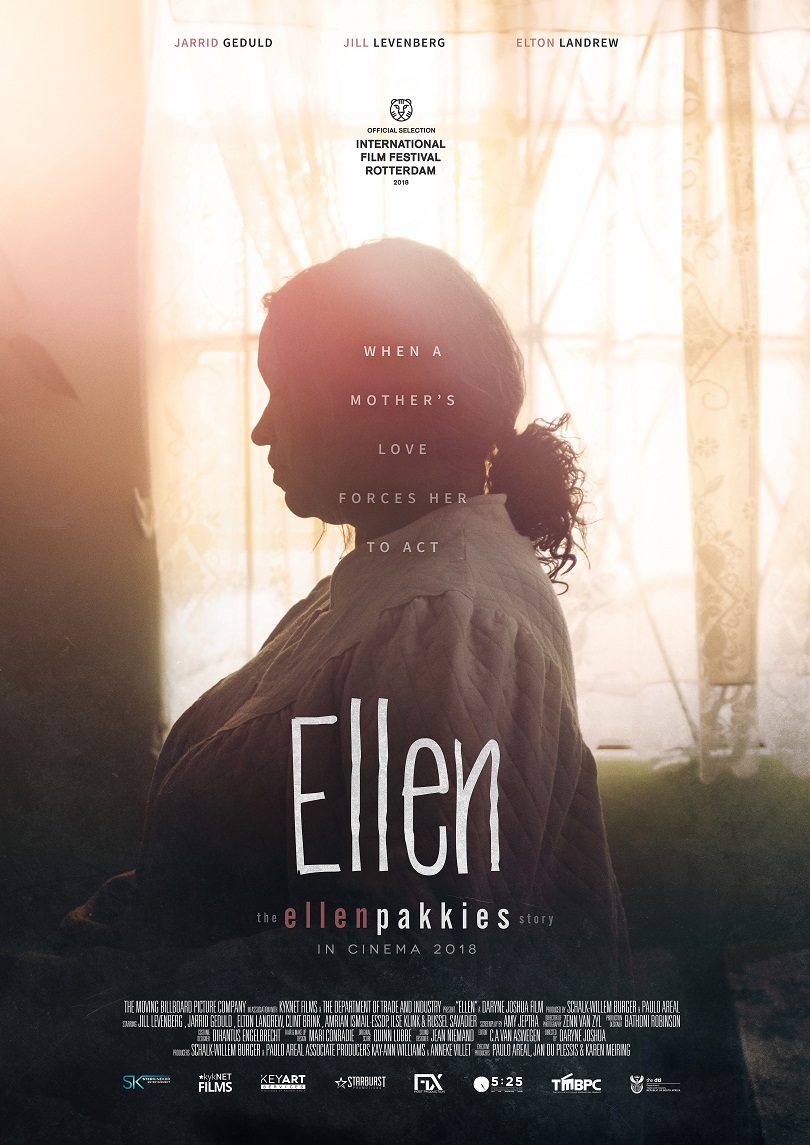 The team behind the impressive real-life movie adaptation of one of the most controversial murder cases in South African history, has just announced that the film was selected to be part of the 44th annual Seattle International Film Festival (SIFF) in the USA, which will be held from 17 May 2018 to 10 June 2018.

ELLEN, DIE STORIE VAN ELLEN PAKKIES will be one of 400 films, from 80 countries, to be screened at this prestigious event that will be taking place over a period of twenty-five days. More than 145 000 are expected to attend and it is one of the biggest film festivals in America.

“We are very excited about the film being included in the Seattle International Film Festival. Ellen’s story is unique. She is one of only a few mothers who murdered their own children. But, in a way, her story is also similar to many other mothers across the globe. The sad thing is that there are universal aspects in her story that are still a reality today. Drug abuse, poverty, the Flats and family violence. We wanted to take audiences into a world that they think they know, but really cannot begin to understand,” says producers, Schalk-Willem Burger, about this exciting news. “I have always believed that our country is producing top-notch films and television series. We have the technical knowhow and a strong work ethic. Our biggest challenge is the small budget we have to work with. But we have seen, time and again, how filmmakers are able to take these limited budgets and create awesome films. We have to continue to push these high quality productions into the international arena and continue to boost the local film industry.”

The film, which has already been showcased at the Rotterdam International Film Festival on 27 January 2018, tells the story of Ellen’s (Jill Levenberg) troubled relationship with her twenty-year old drug-addict son, Abie (Jarrid Geduld). In 2007, his death caused a stir worldwide when it was revealed that his mother was the one who murdered him. It is the harrowing account of a woman put through the penal system, tried for murder and driven by an unflinching love for her son. It delves into the inner psyche of a family ravaged by drugs in one of the most dangerous communities in South Africa. A scourge that extends beyond the Cape Flats and highlights a systematic failure to protect the poorest of the poor.

“I play the role of the drug-addict son, Abie Pakkies, who grew up in the Cape Flats. It is always a big challenge to tell someone else’s story, especially when it is still so relevant today. In preparation for this role, I decided to lose weight and do a lot of internal transformation, allowing myself to think in a way that was pretty much unhealthy, but in a controlled and meticulous manner. I hope that my portrayal will educate and provide insight into the mind and internal destruction and deterioration of an addict,” shares Jarrid Geduld. “It is wonderful to hear that the film is creating a buzz, locally and abroad, and that it will be screened at the Seattle International Film Festival. Ellen’s story deserves to be shown all over the world, so we can revisit the conversation of drug abuse and begin to implement change.”

ELLEN, DIE STORIE VAN ELLEN PAKKIES was produced under the watchful eye of acclaimed director, Daryne Joshua (Gambit Films), who is also the man behind the local blockbuster, Noem My Skollie. The script was created by Amy Jephta with the help and input of the real Ellen Pakkies. “We hope that someone with influence sees this film and hopefully make a meaningful change in these communities. We filmed on location in Lavender Hill, in Ellen’s house, where the murder took place and went out of our way to ensure we show the viewer the real world that this woman lived and still lives in,” says Burger.

This captivating tale of a stormy relationship between mother and son, drug abuse and murder, is an intriguing film that will not only captivate audiences of all ages, but will also impress movie critics across the globe. It was produced in association with M-Net, kykNET Films, the DTI and The Moving Billboard Picture Company (TMPBC) and will be released and distributed, nationwide, on 7 September 2018, by Ster-Kinekor Entertainment.