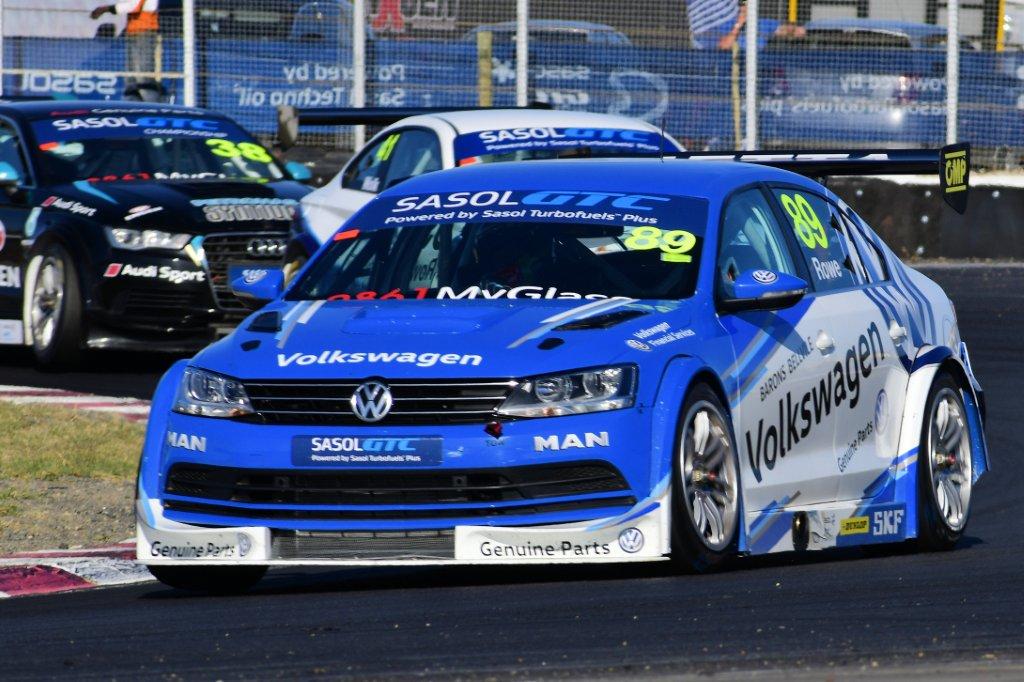 Brian Joss – Coming off the back of its most successful day at the races in Cape Town last month, Volkswagen Motorsport heads to round three of the Sasol GTC and GTC2 Championship aiming to replicate their form for their legions of fans in Pretoria next Saturday May 12.

Buoyed by his maiden victory at the coast, Daniel Rowe is riding the crest of a wave and confident his Volkswagen Jetta GTC is the machine to have for the tight, 2.4km circuit. “Cape Town was awesome; winning gives you a whole new outlook and mindset. What I have learned is to keep the races clean and to be patient and let the race come to me. Zwartkops will be interesting as the corners will be more pronounced with the added power we have this year.”

“The track is very physical with very little breathing space between the corners; it’s the type of track I prefer. Last year I was on the front row so I have high expectations for myself which I hope to convert into trophies by the end of the day”, the Port Elizabeth student added.

Out of favour with Lady Luck last time out, Mathew Hodges is confident of a solid performance having seen what his VW Jetta GTC is capable of. “I know from testing and the first race at Kyalami in March that I have a winning car under me. I started off on the back foot in Cape Town and never managed to recover. The series is very competitive where a few tenths of a second can make the difference between the front and the back row of the grid.

Given a clean run, I expect to be challenging for podiums in the races”.

In GTC2, Keagan Masters continues to shine in his Volkswagen Advanced Driving Golf GTi. He annihilated his competition last time out but expects the Zwartkops races to present a much tougher proposition. “There are no long straights to get past a rival and overtaking is more difficult.

“Everyone knows Zwartkops so well it will be difficult to gain a significant advantage. Good drive out of the corners is more important than outright speed. Although the new slick tyres should give me a second a lap, it will be the same for everyone. It’s not a particularly grippy circuit and the car will still slide around a bit but I’m looking forward to another strong weekend”.

Team newcomer Adrian Wood continues his steep learning curve in his factory-entered Kyocera Volkswagen Golf GTi. The Volkswagen Advanced Driving instructor brought his car home to a pair of good points-paying results in the Cape; he is aiming for the podium at the Gauteng circuit as he finds his confidence in the series. “Zwartkops is my home track but it is probably my least favourite circuit of the season. It is challenging for a driver but it doesn’t suit my driving style like Kyalami does, for example. Having said that I know I can start challenging for podium results. It’s time to push forward and get more points together”.

Volkswagen Motorsport Team Manager Mike Rowe said: “The team is in a good space. The drivers are comfortable and I hope to be able to carry our Killarney form over to Zwartkops. We have been fast at Zwartkops in the past and our 2018 Jetta is a significant step forward, so everything is in place for the drivers to perform at their best. Keagan is on top of his game while Adrian is making steady progress”.