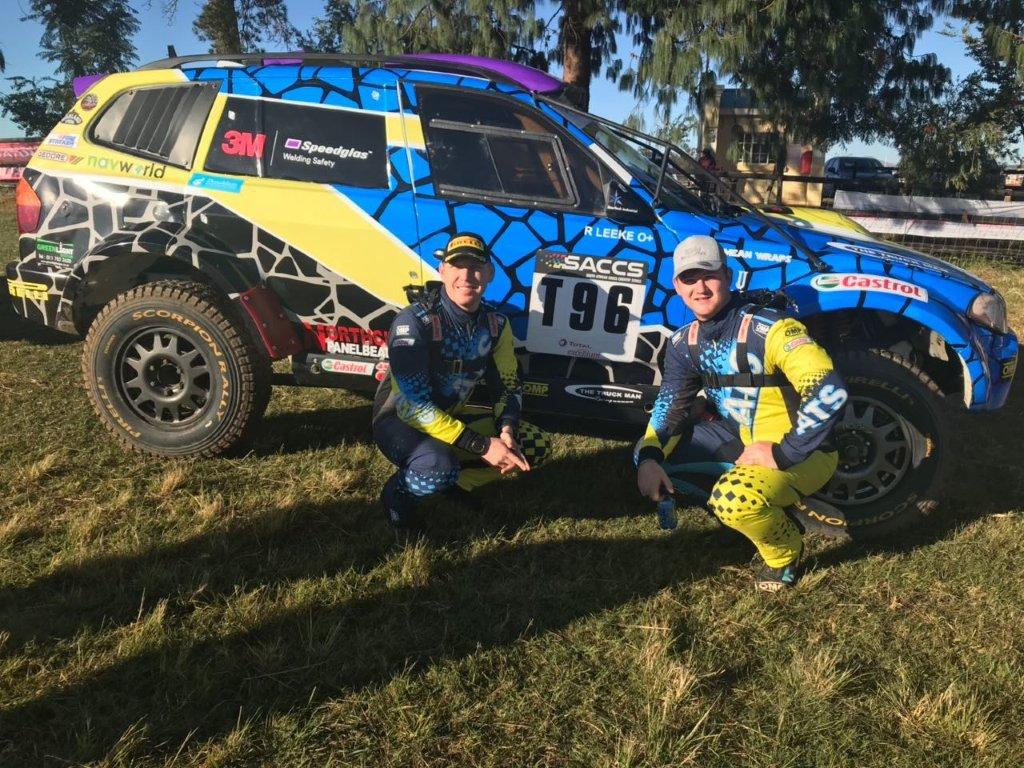 Brian Joss – In the Speedglas Welding Helmets BMW X3 had a disappointing end to the Battlefields 400 and were forced to retire when the left rear wheel studs sheared approximately two-thirds of the way into the first of two 200-kilometre loops which made up the event.

At that stage the Young Guns were enjoying a largely untroubled run, lying fifth in class T, having qualified sixth. The incident – fortuitously – happened in a de-control section and wasn’t at race pace.

“It was a tough event and with such a high rate of attrition just being able to soldier on to the finish could’ve netted a good result, and that was our strategy as soon as we had an idea of what the conditions were like,” mused Leeke. “On the other hand, the fact that the wheel studs sheared just after the finish of a racing section was actually a blessing in disguise and if it had happened at high speed it could’ve been a disaster.

“All we can really take from this is the learning from the portion of the first loop which we completed and the fact that the repair bill is a small one – it could’ve been very different!”

The Young Guns will be back in action in the Toyota 1000 Desert Race in June.

CAPTION: Disappointed: Richard Leeke and Henry Köhne down on their luck.  Picture: Motorpress