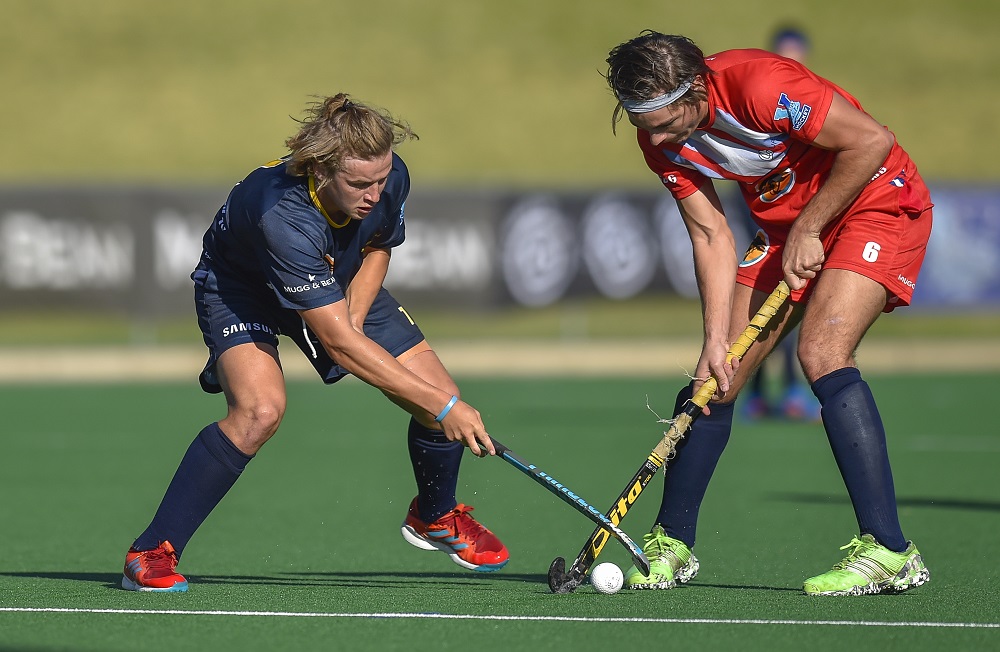 The Madibaz men’s squad remain positive ahead of the second weekend of Varsity Hockey matches, starting in Pretoria tomorrow.

This is the situation after they received a sobering lesson in the harsh reality of what the event is all about last weekend.

With 16 of the 18-strong squad making their debuts at the tournament, coach Cheslyn Gie said they always knew they would face a tough assignment in the opening games at Wits.

“Despite the inexperience in the squad, the players fought hard in every match,” he said.

“They learnt a lot from this experience and now understand what it takes to succeed at this level.”

He added that they had played in three different formations and that the players now realised better what was required.

“We scored in every match except against UCT [University of Cape Town] and we want to continue this trend in the second week at Tuks.”

The Madibaz mentor felt they missed opportunities to register wins against UCT and Free State, but that the players improved in each match.

He said they would look to secure at least one win out of their remaining three pool matches.

“We are currently bottom of the log and this will be a huge task for such an inexperienced team,” said Gie.

“But we are in a rebuilding phase and all of these matches will stand us in good stead later in the year at the USSA [University Sport South Africa] Week.”

He said his message to the players would be to stick to their game-plan and to improve on the execution of their strategy.

“Defensively we need to be more patient in the tackle and improve our marking and tracking of the opponents.

“On attack we need to back our abilities more in the one-on-one situation and be more accurate in our penalty corner execution.”

Despite losing all four matches at Wits, Gie said the spirit in the squad remained strong.

“The vibe in the team is very good and the players also understand that, as tough as it was last weekend, we can play with no fear and benefit from the experience as it will only make us better players.

“We will be aiming to utilise our power plays better and get more outcomes from our 23-yard and circle entries.

“Defensively, in the power plays against us we need to be more patient on the ball and maintain possession for longer periods during these spells.”