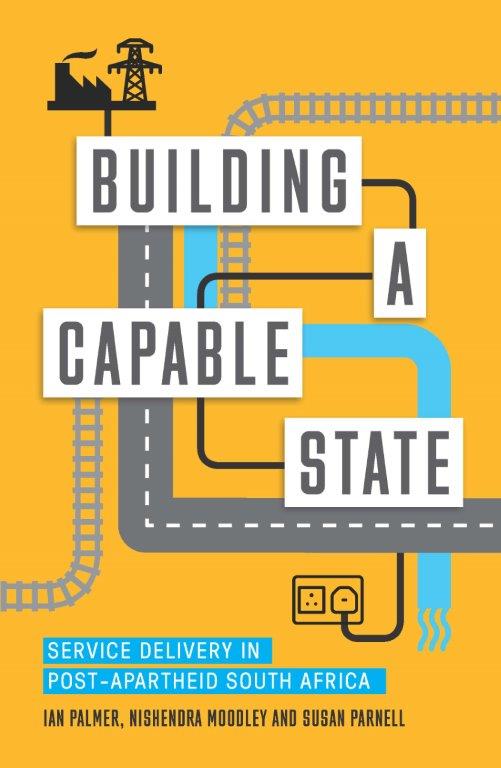 Before you start reading this book you have to understand what a “capable state” is and in the South African context it means to provide an equitable service to all. That means all citizens, and one of the criteria, say the authors, is that a proportion of the population gets a subsidy of some kind. The government does not need to be the sole or even dominant supplier of affordable built environment services. But state involvement is necessary in overseeing the costing of the services and the operational relationship between the different spheres of government as well as State Owned Enterprises, among others.

It’s not as easy as it sounds mainly because of the inequality of our society even though the new democracy with its “Rainbow Nation” myth was ushered in when apartheid “ended” in 1994. The actions of the Zuma government didn’t help much at all but there is some hope now that Cyril Ramaphosa is in charge, or so experts would have us believe, although we just have to look at the uproar in the North West Province.

However, back to the book. It is a serious academic study full of facts, figures and graphs but it is written in a highly readable style. Building A Capable State focuses on local government (province) and the municipalities (councils) and the strides they have made in housing, public transport (in Cape Town that’s the MyCiti bus service, and though they are not responsible for the rail network there is Metrorail, dubbed Metrofail, a parastatal plagued by mismanagement, I believe, rampant vandalism and cable theft.

The authors write that the local authorities haven’t done a great deal to address the legacy of apartheid that is geographic and racial inequality. One of the interesting chapters for me is Financing Municipal Services, particularly in light of Cape Town’s proposed punitive (in the extreme) budget, which if passed in its present form, takes effect from July 1. The chapter traces the history of local government financing  and how it works.

Local government is not responsible for “big ticket” items such as education and primary health care. This is the purview of the national government but the province and council must support pre-school education and unlike the international norm, South African municipalities are responsible for electricity distribution, although costly, does bring in a strong revenue stream.

One diagram which shows the key source of finance available to municipalities explains how it filters down from local government to the municipal account. The Metros also get their share of the fuel levy. Which is quite interesting in that when the ANC was in charge of the province they proposed an extra tax on fuel and just recently Dr Ivan Meyer, the DA’s finance MEC, mooted a similar suggestion.

The authors also examine in detail, among others, water and sanitation, electricity, roads and public transport, and housing. Data shows that there is an increasing reliance on private transport and minibus taxis, with trains and buses, having a reduced share, mainly because more and more people are buying cars.

Although the authors do not single out MyCiti, Cape Town’s Bus Rapid Transport system, there are doubts generally about the system’s efficacy. Factors include high operating costs per passenger which puts cities as financial risk.

As far as housing is concerned the authors note that under the political leadership of Joe Slovo in the 1990s the housing department was the flagship. Now, however, the national department known as the Department of Human Settlement has not been able to … transform the housing subsidy system to one that allowed broader access to housing opportunities for all while shifting the spatial form of cities.

So, is South Africa a capable state? Yes, but…”Even before issues of corruption and state capture, the hallmarks of the Zuma presidency, are taken into account, the capacity of the state in South Africa must be seen as vulnerable rather than robust. This fragility is seen in ongoing service delivery backlogs that reflect the difficulty of keeping up with a growing population and the inability to overcome the unjust legacies of apartheid.

Finally, “In cases such as South Africa, where there is a clear commitment to affirming fundamental rights associated with settlement, the responsibilities of local government are elevated. The organisational capabilities of municipalities, is therefore central to the overall mandate of rights in a democratic state.”

Building A Capable State should be required reading for anyone interested in good governance. It will give you plenty to think about. There is an appendix, notes, references and a comprehensive index and a list of abbreviations.

About the authors:  Palmer has degrees in civil engineering, economics and environmental engineering, and is an Adjunct Professor at UCT’s African Centre for Cities. Moodley has qualifications in the sciences and master’s degree in public administration. He joined the City of Cape Town in 1998 to manage local transformation projects and currently works with the National Treasury’s City Support Programme. Parnell is a professor of urban geography at UCT  and has held academic fellowships at Oxford, the London School of Economics, and Durham. She was a founding member of the African Centre for Cities and is still actively involved.