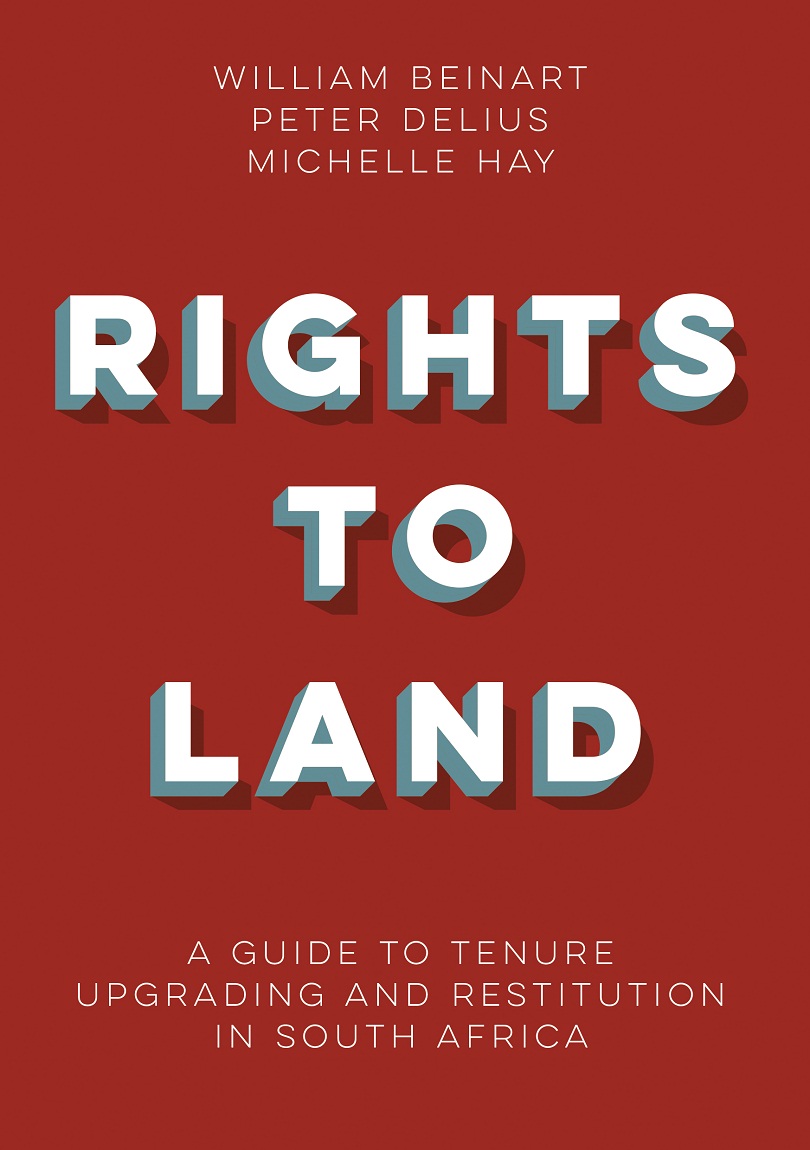 Expropriation Without Compensation (EWC) is the newish buzzword made popular by Julius Malema, the leader of the Economic Freedom Fighters (EFF). It means taking land, “that rightfully belongs to the people”, without paying for it. As one of the proposed resolutions at the 56th Elective Conference in December, the ANC is giving it serious thought and has called for public comment on this controversial issue before they consider amending the Constitution.

However, Rights To Land is required reading for all politicians who should take to their hearts the advice the authors proffer, the most important of which is that the rights relating to individuals or families on land must be strengthened to improve the chances of successful land use. The Wits University academics blame factionalism among claimants or communal property associations (CPAs), corruption and, in some instances, a lack of financial support and farming expertise for the failure of most land reform projects. This has left once-prosperous pieces of farm land lying fallow. Their research punches holes in the government’s land reform policies that encourage communal ownership by communities, CPAs, or traditional authorities.

The authors look at Tenure with nine sub-chapters covering a brief history of off-register tenure; attempts to enhance security and upgrade rights; the courts and the protection of family rights in customary systems, to name some, as well as a case studies from Limpopo.  One is about a small scale commercial farmer who was given a PTO (permission to occupy) and even though he doesn’t have title to the land he feels secure and through various transactions with the chief, a neighbour, and a friend he is looking at farming larger crops than the maize he grew to give to the chief in exchange for the plot. Most of the case studies the authors quote demonstrate that PTO grants have a role to play in giving poor people and newcomers access to land.

Restitution with its eight sub-chapters also looks at case studies including Mala Mala in the Sabie Sands that showed some of the flaws in the system which proved to be quite expensive. The authors also make some recommendations for restitution which include setting up a special unit to screen all claims that have been referred to the Land Claims Court but which are not progressing, among others.

Rights To Land could have been just another “talk shop” but the authors do put forward concrete and practical solutions to complex problems. One of the suggestions that the authors posit is for a government policy that prioritises peri-urban private property to cater for urban migration and broaden the number of property holders.

Although it is a complicated issue the authors have distilled it into plain English which is easy to understand despite the complex nature of topic. It should be required reading for anyone interested in land restitution.