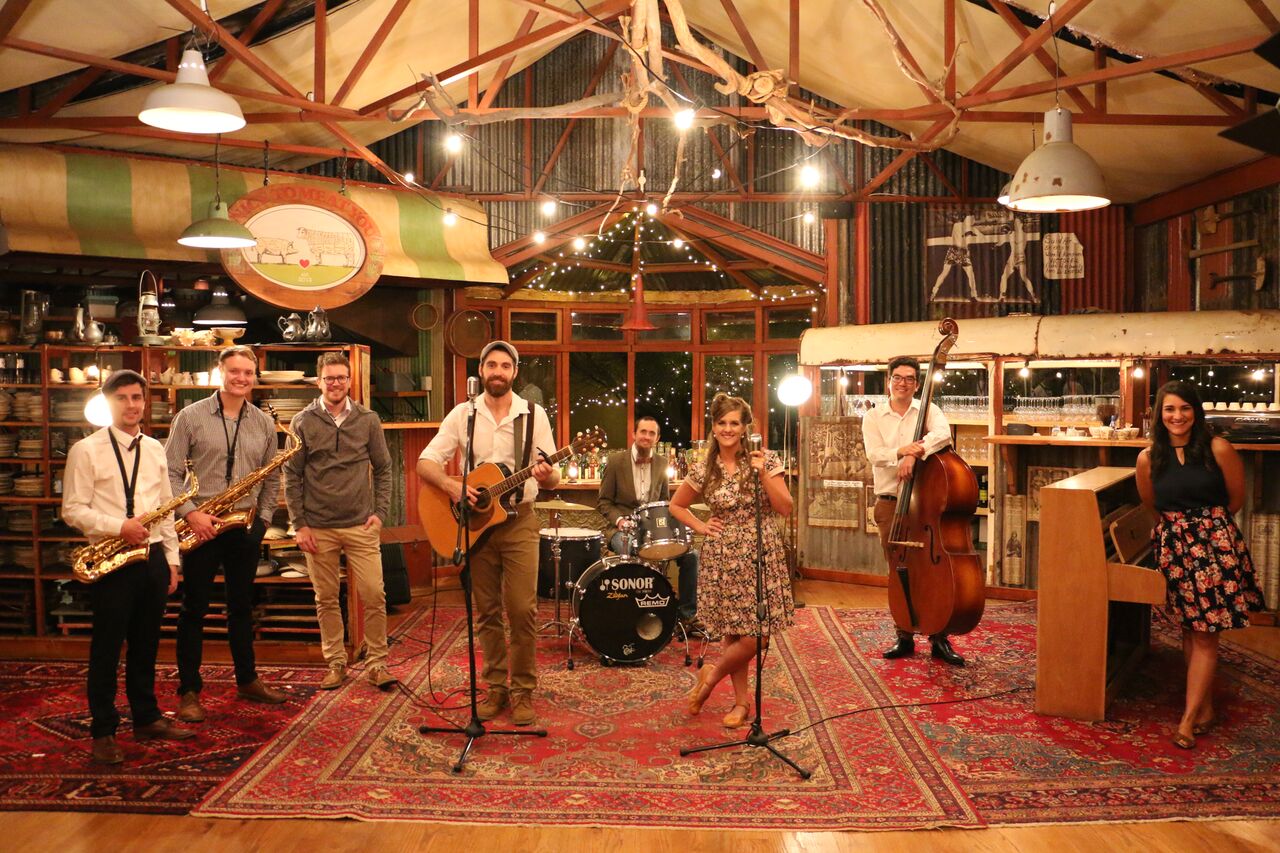 “The music video for VLUGVOETIG is one giant kaleidoscopic party of colour, rhythm and delightful dance moves – in true fifties Swing style!

The love story playing out is one of hope for the so-called nerd, whose unique dance moves, in the end, help get the girl. If you don’t feel the urge to dance with this jolly bunch, you may need to turn up the volume,”says Kaleidoskoop’s Anique Jordaan about the video for their latest single which, after being showcased on kykNET Top 20, has everybody talking.

It is the third single for the duo – made up of Jouba and Anique Jordaan – off their album Gunsteling Seisoen, which won the 2018 Ghoema Award for Best Album by a Group/Duo. This upbeat song with its foot-tapping Folk-Swing style, was written by Jouba and is testament to the musical duo’s love for playful rhythms and melodies, and beautiful lyrics. “In addition to an acoustic guitar and piano, three saxophones help bring VLUGVOETIG to life. The guitar solos by Gideon Botes are unmatched, while Shaun Johannes lays the solid foundation for your feet to start tapping with his double bass,”they reveal.

According to the group, the music video was filmed by Paul Hugo (producer of Ubuntu Film House) and Jannes de Villiers at Nice To Meat You in Kempton Park. The decor and atmosphere of the restaurant fitted perfectly with the vintage theme they had in mind for the video. The story takes place at a Kaleidoskoop dance during the fifties. Everyone is dressed in outfits from that era (by Glare Modern Vintage), and Anique boasts matching hair and make-up (by Jacqueline Tolken). It kicks off with a mannequin challenge, where all the characters are frozen in position to create the illusion that the video is paused.

“There is a gorgeous girl that everyone wants to dance with, but among all the popular guys – busting all the perfect moves – she appears to only have eyes for the so-called nerd who cannot dance. As the men approach her for a spin on the dance floor, her friends interject, claiming these dance partners for themselves. The girl turns down several offers. But when the nerd finally plucks up the courage to show off his dance moves, she immediately falls in love and decides to dance with him,” explains Anique. “This video is far more energetic than our previous single. It will make you want to dance, and the nerd will undoubtedly steal the show, and possibly your heart.”

Kaleidoskoop has been making music for over a decade and is famous for the unique and colourful way they seamlessly blend instruments, sounds and lyrics while speaking directly to the heart and soul. Over the years they have performed across the country, at many great music festivals, and have produced a number of radio hits. They also won a Huisgenoot Tempo award for Best Contemporary Album in 2012.

VLUGVOETIG will no doubt be a popular tune among young and old, whether standing around the braai or shuffling on the dance floor. The single is part of the Gunsteling Seisoen album and is available online at: http://kaleidomusiek.co.za/album/gunstelling-seisoen/