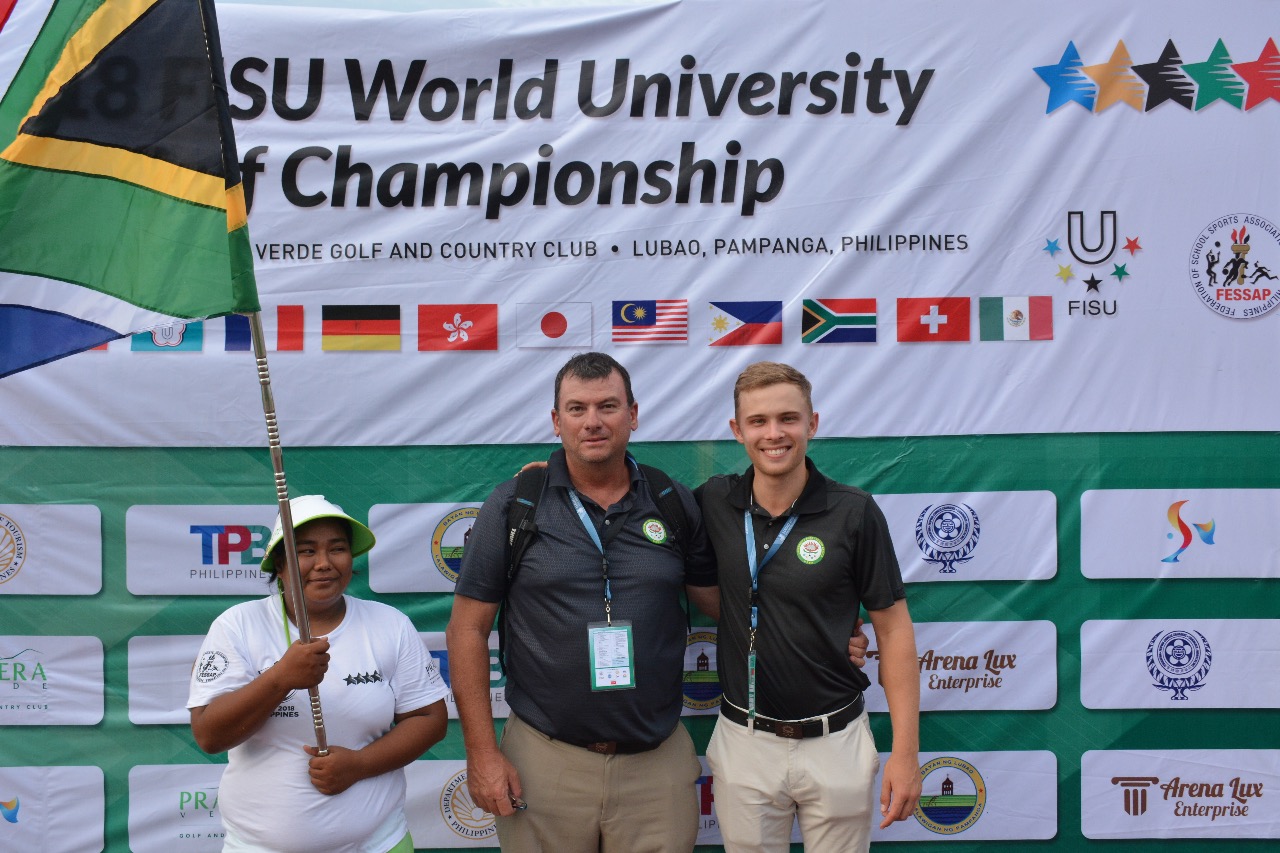 Madibaz star Kyle de Beer will be aiming to take his form from the recent PE Open into the World University Golf Championship which starts in the Philippines today.

The 19-year-old KPMG Madibaz club member is part of a three-man South African team competing in the world event in Lubao from today until Saturday.

Last week, the promising young player won the PE Open at the Port Elizabeth Golf Club for the first time, sharing the trophy with former Nelson Mandela University teammate Hando Brophy when the play-off was halted due to poor light.

De Beer said the victory was a big confidence-booster for him.

“I have been putting in a lot of hard work lately and I’m glad it’s showing some signs of paying off,” he said.

After shooting 70 and 68 in the PE Open, De Beer became involved in a play-off with Brophy and Naldo Claassen.

“In the second round I had reached eight under par before finishing disappointingly with a double on 17 [par-three] and a par down 18 [par five] to join the play-off,” he said.

“Hando and I progressed after the first play-off hole and halved with birdies in the dark on the second hole to share the trophy.”

The second-year Madibaz human movement science student said he felt his game had improved in the last year.

“I feel that a change I made to my putting at the beginning of the year has helped me become a more solid putter, which I never was before.

“I have also worked a lot on my chipping, which was my biggest weakness previously.”

As he continues to develop his game, De Beer said he felt he would need to improve his wedge-play and chipping to move to the next level.

“My goals for this year are to break the 10-under-par mark in a tournament, which I haven’t achieved yet, and to win two national events.

His focus now, though, is on the World University Golf Championship in the Philippines, where he will be up against the best student golfers in the world.

This is his second tournament overseas, having competed in the World Student Games in Taiwan last year.

“I am very excited about attending the championships and honoured to have been selected to represent South Africa again,” said De Beer.

“On paper, we have a pretty strong side so I think we are capable of competing for the top spots.

“We just have to stick to what we know and give it our best out on the course.”

“Besides his achievement on the course, he is a fine young gentleman with his head in the right place,” she said.

“We are sure his success will rub off on the rest of the club and trust that our players will continue to show their ability in the various tournaments.”

“Karl is a great asset to our club and adds much value,” said Awu. “We are very proud of all he has achieved and trust the students will learn a lot from him.”