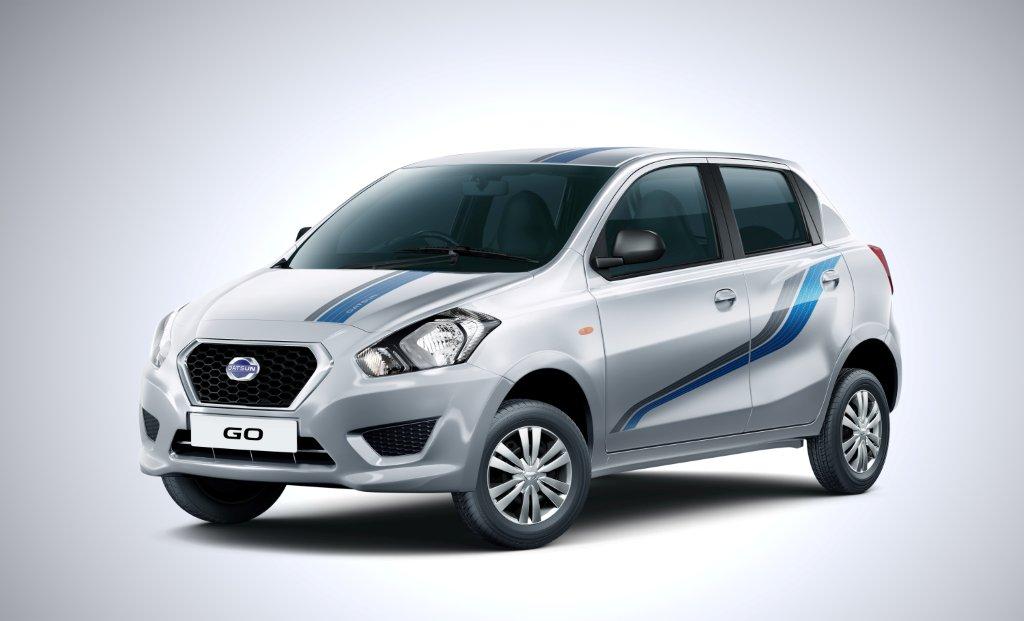 Brian Joss – Datsun South Africa is celebrating its first 50 months in South Africa with a special edition Datsun GO and a visit to its roots in Bothaville.

“It’s hard to believe that more than four years have passed since we re-entered South Africa with the affordable Datsun Go. Since then, we have expanded the range with the larger Go+ and Go+ Panel Van, with several additional models on the radar,” says Des Fenner, General Manager for Datsun in South Africa.

To celebrate its success in South Africa, Datsun is launching the Datsun Go Special Version. The Special Version is based on the Lux specification level and in addition features a Bluetooth and USB-enabled audio-system, silver and blue decals on the bodywork and silver accents inside the cabin.

The SV special edition will retail for R135 900 or on a special repayment plan of R1 999, when financed through Datsun Financial Services. As an added bonus, the Special Version is sold with one year’s insurance included.

Says Fenner: “Our market research shows that Datsun owners value their vehicles’ affordability and ease-of-servicing above all else. Many owners gradually personalise their vehicles and it is specifically for them that we have created the Special Version.”

The Datsun GO is South Africa’s reigning cost-champion. According to the annual Kinsey Report, which ranks vehicles by the cost of their service and repair parts, the Datsun Go is the most affordable vehicle to maintain, repair and run in South Africa.

A first edition of the Datsun Go will also be on display at the world-renowned Datsun and Nissan museum in Bothaville, Free State. Here, car-collector Freek de Kock has built up a collection of rare and special Datsun and Nissan models that remains unrivalled outside of Nissan’s own vehicle museum in Japan, Zama Garage.

“We have over 200 models at our museum, of which many are in pristine condition, while others are in different stages of restoration,” says De Kock. “We look forward to welcoming fellow enthusiasts and Datsun fans, especially during this week’s NAMPO show outside of town.”

CAPTION: New: the Go Datsun: 50 months since it was launched here. Picture: Motorpress