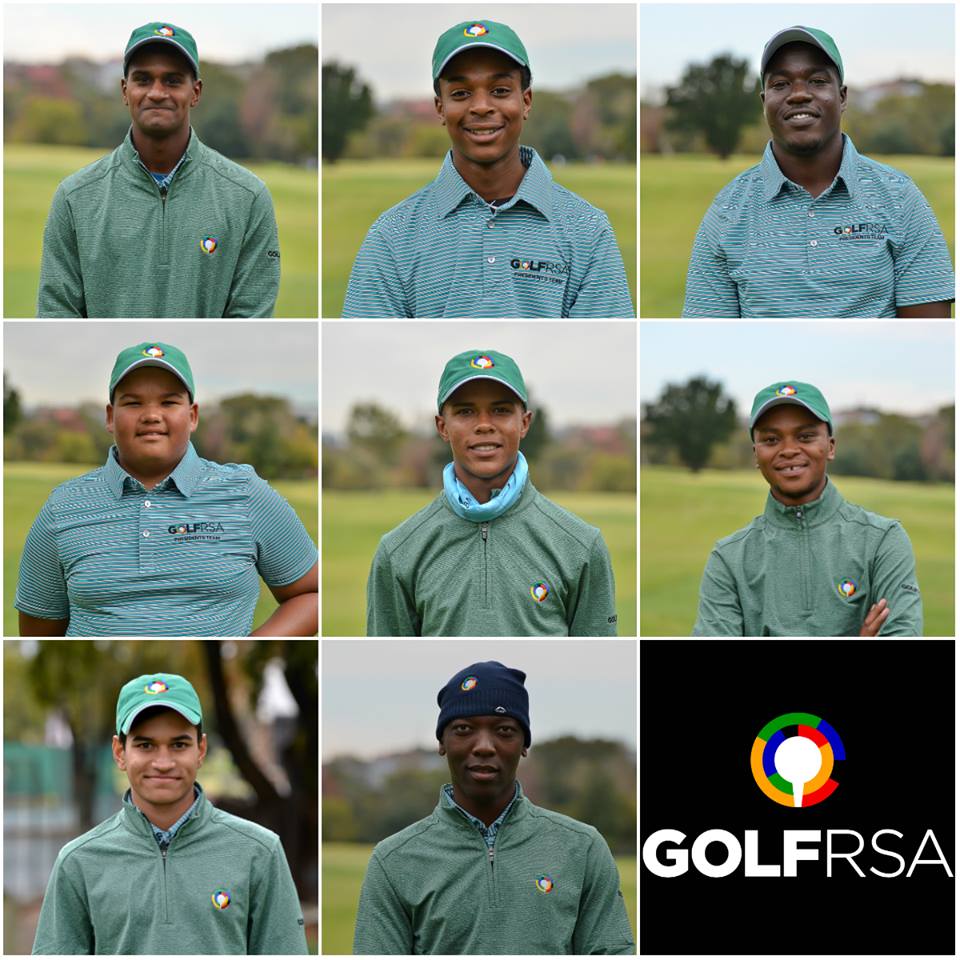 TSHWANE, 15 May 2018 – The GolfRSA Presidents Team drew against Central Gauteng, the GolfRSA Juniors kept their title defence on track and Western Province just managed to edge out a victory in the second round of the 16th SA Challenge Cup at Irene Country Club on Tuesday.

The GolfRSA Juniors beat University Sport South Africa 9 – 3 and Western Province won 6.5 – 5.5 against Gauteng North, but it was the underdogs who stole the show.

The development team surprised two-time winners Western Province with a draw in round one and showed even more heart and determination in a tightly-contested match that went down to the wire to tie the five-time champions 6-all.

Central Gauteng knew they were in for a battle when the GolfRSA Presidents Team pulled 3 – 1 ahead in the Foursomes.

Daniel Nduva from Kenya and Lwazi Gqira won 3 & 1, Aneurin Gounden partnered Siyanda Mwandla to a 2 & 1 win and, after Kieron van Wyk and Carl Mwale lost 3 & 1, Nikhil Gopal and Jordan Duminy hit back to defeat Haydn Driver and Samual Mckenzie 1-up.

Trailing by 2 points, reigning Boland Open champion Karabo Mokoena put his team back on attack when he made quick work of his game against number one Mwandla, winning 6 & 5.

Steven le Roux downed Nduva 3 & 2 to level the match and Sam Mckenzie went 1-up on Mwale with a birdie at 16 and claimed another point at the last hole to put Central in front.

The lead changed hands, though, when Duminy birdied the last hole to beat Shaun Jones 2-up and Gqira eliminated Cole Stevens 1-up with a par at 18.

Angus Klintworth went 2-up on Kieron van Wyk with a birdie at 15 and, although the GolfRSA Presidents Team player produced a pair of birdies at 16 and 17, Klintworth matched his gain at 17 and a four at 18 was good enough to guarantee a 1-up win for the Central Gauteng player.

Bridge Fund Junior Series winner Gopal forced Haydn Driver back to all-square with a birdie at 15 and won 17 hole with a birdie, but Driver birdied the last hole to square the game.

Western Province and Gauteng North drew the Foursomes 2-all and Kifentse Nukeri, Kelso Hannay and Gianni Pera stepped it up in the Singles to get 5 points for Gauteng North.

Buoyed by their first round success against the host union, the GolfRSA Juniors were champing at the bit to get the second round underway against University Sport South Africa (USSA), who lost to Central Gauteng in round one.