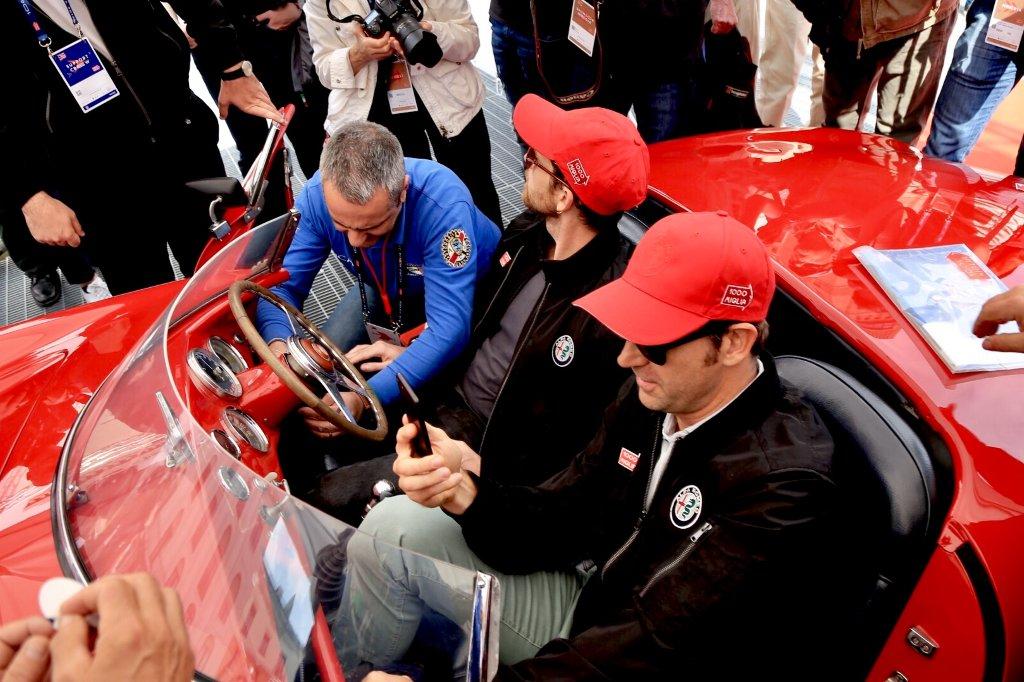 Brian Joss – The Mille Miglia has been the supreme expression of the passion for cars for more than ninety years.

It was created in 1927 as a mass start race beginning and ending in Brescia, over a route leading down to Rome and then back up the Italian peninsula that totalled 1600 kilometres, or one thousand imperial miles (“mille miglia”). In 1928, during the second edition, Alfa Romeo won both the individual and the team titles, with all eight of its cars successfully completing the course. To celebrate the ninetieth anniversary of the first in a long series of victories, the “Alfa Romeo: Mille Miglia in 90 places” project has been created, to retrace the most significant stages in a unique story through ninety photos of the most emblematic locations. Places and episodes that helped to write the long history of Alfa Romeo at the world’s most famous motorsports race, as a means of extending the passion from legendary models to current production.

Prior to the start itself, no Mille Miglia would be complete without the technical checks that happened at the showground and the sealing and inspection, which took place in the lovely setting of Piazza della Vittoria, one of main squares of the city known as the “Lioness of Italy”. The process involves two stages, one for the crews – permits, certificates and driving licences – and one which checks the car’s technical features. Sealing involves the application of a lead seal to confirm that the inspection has been passed and that the car is as specified in the race documents and, above all, it constitutes final approval to take part in the event.

Technical aspects aside, sealing and inspection is one of the opportunities where fans can have a close look at the historic cars taking part in the race, and in Brescia all eyes are on the stunning 1928 Alfa Romeo 6C 1500 Super Sport, with coachwork by Farina, which is celebrating the ninetieth anniversary of its memorable victory in the 1928 Mille Miglia. The car will be carrying the race number 30, also borne by the winning car driven by Giuseppe Campari and Giulio Ramponi.

There was also applause and awe at the sight of the legendary 6C 1750 Gran Sport, victorious in 1930 with Tazio Nuvolari and Giovanni Battista Guidotti, which competes with race number 31. Along the route, there will be time to return to the famous “overtaking without lights” episode and the setting of a new average speed record for the entire course. Other major attractions are the 1954 1900 Super Sprint, an extremely rare racing spider, and the elegant 1900 Sport Spider coupé built in 1956. Following the inspections, they are ready for their engines to roar into life once more in a race through some of Italy’s most beautiful locations.

Alfa Romeo’s secret and its unique status lie in the wonder inspired not only by its historic models but also by the current production cars which, with Stelvio and Giulia, embody the brand’s new paradigm. Stelvio is the first SUV in the more than a century of history of the brand and has rewritten the rules for its class by setting new performance benchmarks, while Giulia is the sports sedan where functional and dynamic beauty combine to achieve peerless performance. They belong to the official fleet of 30 vehicles which the brand is making available to the organisers as official cars.

There could be no better way of getting first-hand experience of the Alfa Romeo DNA, steeped in history and competition and with the vigour of a legendary past.

CAPTION: Sealing and inspection: chance for fans to get up close. Picture: Quickpic