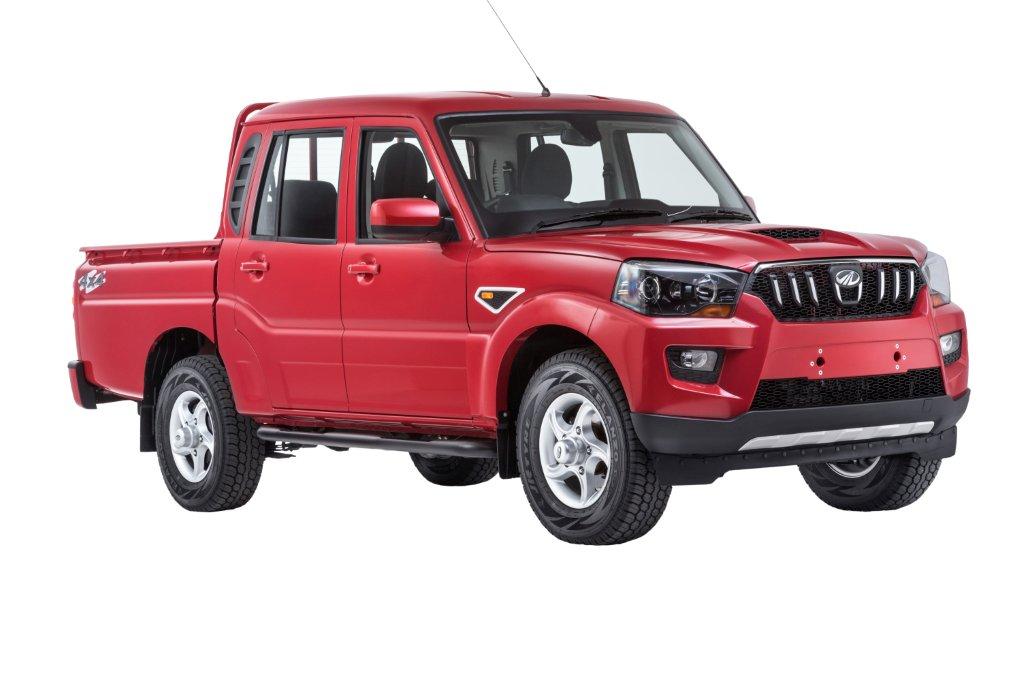 Brian Joss – The Mahindra Pik-up, the reincarnated Scorpio, won’t get a podium place at any beauty pageant but it will win prizes for being a hard-working bakkie and it’s tough enough to take you quite a way off the beaten track without too much hassle.

Judging by the quality of the Pik-up it is no surprise then that since Mahindra entered the South African market in 2004 it has grown its market share considerably and improved the appeal factor of its offerings.

Mahindra ended its year in March 2018 with a growth of 12.7% over 2017’s financial year and they have plans to assemble the Pik-up in South Africa. There is no doubt that the vehicle will add strongly to the manufacturer’s bottom line.

The test vehicle was the Double Cab S10 4×4 and I was impressed. Although I didn’t rack up an enormous mileage the 2.2 turbocharged diesel did whatever it was required to, including some rough stuff. The destination won’t be disclosed lest the beach police come calling. It’s enough to say that the flagship 4×4 acquitted itself well. The S10 is fitted with a low-range transfer box and using the rotary dial situated on the gearbox cover it moves easily between 2H, 4H and 4L. Standard is a mechanically locking rear differential.

I didn’t drive it with a full load bay which may have made a difference in the way the Pik-up felt on the tarmac. Empty, the ride was on the firm side. But it’s not a car so you can’t expect a sedan-like set-up. The Pik-up has a payload of 995 kg with enough tie-down hooks to secure whatever cargo you’re carrying.

The Pik-up is the second generation following the Scorpio which arrived in South Africa about 12 years ago. The design has changed although the Mahindra engineers have kept the boxy shape and after a while it grows on you even though it won’t get a ribbon in the beauty stakes. The rear is much the same as the Scorpio’s while the front is given a more modern look.

Mahindra is not punting the Pik-up solely as a workhorse but is also aiming at the leisure market which is why the interior has become relatively sophisticated. The obvious improvements are the upholstery, fabric instead of vinyl, a 6-inch touch-screen infotainment system with navigation, USB and Bluetooth; climate control, remote audio controls, cruise control and auto lights and wipers. You don’t need to be a rocket scientist to operate the touchscreen, although sometimes I had to prod it a few times to get it to react. My other criticism, and this is not limited to the Pik-up, the dazzle from the touchscreen that emanates from its siting on the fascia makes it hard to see the writing on the screen or read the figures.

You can operate all the controls from the multi-function steering wheel. You can also deactivate the auto lighting and the wipers via the buttons on the dash, although I am not sure why you would want to. The S10 has a stop-start function that stops more than it starts but you can disable it which is a good idea.  You can adjust the steering column for height but not for reach.

Now we come to the heart of the Pik-up. The double cab is powered by the proven 2.2 litre mHawk engine mated to a six-speed manual gearbox. The gear lever is long but the operation is smooth and slick and the clutch is not unduly heavy on the foot. The turbodiesel engine features variable geometry turbocharging. It develops 103 kW at 3 750 rpm and 320 Nm of torque from 1 600 rpm (available until 2 800 rpm).

I didn’t drive the Scorpio so I can’t compare the two models. But in automotive terms 12 years is a long time: technology changes and engine development improves so I’m sticking my neck out here, it’s a foregone conclusion that the Pik-up is a much, much better vehicle, apart from the few niggles. There was no evidence of turbolag and the Mahindra Pik-up is easy to drive. In town, however, the large turning circle could pose a parking problem for some.

Sometimes my test route includes a drive over Kloof Nek through Camps Bay to Hout Bay. But because I was a bit wary of the finicky stop-start function, before I disabled it, I braved the traffic through Sea Point and the Pik-up didn’t disappoint, nor did it on the way to the “Republic” where if you’re a tourist you can buy a special passport for Houtbaai as a memento of your visit.

Although the dash from 0-100km is irrelevant the double cab Pik-up has more than enough oomph to overtake, even on some of the steeper rises, which I did when it was safe to do so. It’s also quite happy cruising at the legal limit. It’s also something of a fuel sipper, which is a positive, when the price of petrol is expected to increase by another 78c a litre next month.Mahindra claims fuel consumption figures of 7.9L/100 km. I recorded figures of just over 8litres/100km and on a long-distance trip, with an 80 litre capacity tank, you won’t have to make too many pitstops.

There is an excellent view from the driving street and there are arm rests for front seat occupants. I thought, however, that the rear seats were a bit high and with taller adults visibility through the rear view mirror was somewhat restricted. There is enough room for rear passengers to stretch their legs without too much discomfort. There are full safety belts and headrests for three passengers and rear Isofix points. Other safety features include two airbags in front and ABS with EBD but no ESP.

There is some noise in the cabin, probably from the side mirrors and the door seals. On one particularly blowy day we were caught in a vicious crosswind and that added to the noise. But it doesn’t drown out voices so you can still have a conversation.

I enjoyed driving the Mahindra Double Cab S10 4×4 Pik-up and had quite a lot of fun with it. It’s a rugged machine with a punchy engine and the build quality appears to be solid with no rattles that I could hear. With a price tag of R357 995 it’s a value for money vehicle. And if you’re in the market for transport that can double up as a leisure vehicle the PIk-up is definitely worth a second look. The price includes a four-year /120 000 km warranty and roadside assistance, and a five-year/90 000 km service plan.

CAPTION: The Mahindra Pik-up: for fun and work. Picture: Quicpic