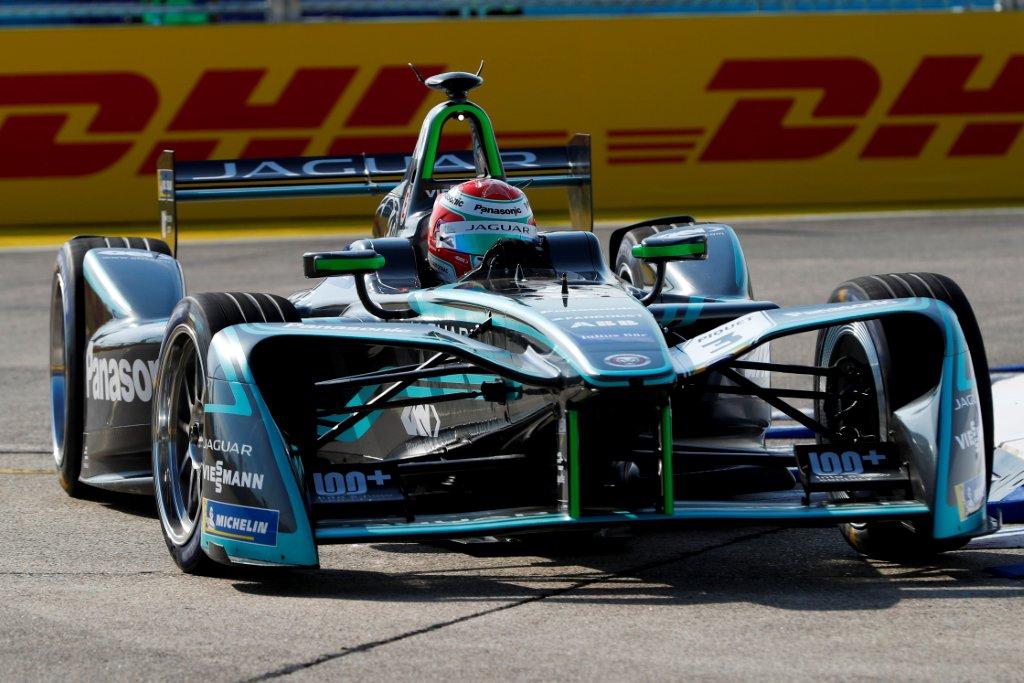 Brian Joss – Panasonic Jaguar Racing returned to the points on Saturday with a hard fought sixth place finish at the Berlin E-Prix at the Tempelhof Airport circuit.

Before the race, Panasonic Jaguar Racing discovered Mitch Evans was unable to provide radio feedback however he could still hear the team’s communications. Despite this, he brought his Jaguar I-TYPE 2 home higher than his qualifying position of ninth to demonstrate his natural racing ability and the strong team dynamic that exists between the driver and engineers.

Mitch and team mate Nelson Piquet Jr instantly gained places on the opening laps and settled into their race strategies on the notoriously hard temporary Templehof circuit. During one of the longest races of the championship, Mitch consistently matched the energy levels of the race leaders but was unable to break into the top five.

During the latter stages of the race Nelson’s smooth driving style and his ability to conserve energy was on full display. In the last five laps Nelson jumped from 13th to tenth in a series of skilful overtaking manoeuvres. As he battled for ninth on the last lap he overshot turn one and lost a number of places. He rejoined the circuit in 12thplace, a position he held to the finish.

Panasonic Jaguar Racing now move on to Switzerland for the inaugural Zurich E-Prix, the tenth E-Prix of the ABB FIA Formula E Championship, with Mitch sitting seventh and Nelson eighth. The British team retain fifth place in the teams standings.

James Barclay, Team Director, Panasonic Jaguar Racing:”After a tough day it is good to be leaving Berlin with a points finish but it could have been a better day for the team. Both Nelson and Mitch raced well and with just three remaining E-Prix this season the whole of Panasonic Jaguar Racing are determined to finish strongly.”

Mitch Evans, #20, said: “Finishing in the points is the best we could have hoped for after a tough day. I was feeling optimistic before we started and thought we had a good chance. We haven’t felt massively comfortable with the set up all day but I’m happy with the race and taking points home is a solid result.”

Nelson Piquet Jr, #3, said: “A hard weekend where we struggled to get the best out of the car. The race was promising and we were due to finish in the points before my last lap incident. We finished with good pace and look forward to challenging higher up the grid in Zurich.”

FanBoost opens for the Zurich E-Prix at 6pm on Tuesday, 5 June and closes 5.10pmon Sunday, 10 June.

“Our Formula E programme will create tangible R&D benefits for the electrification of future Jaguar Land Rover road cars and is designed around the team’s founding principle, ‘Race to Innovate’,” Jaguar said..