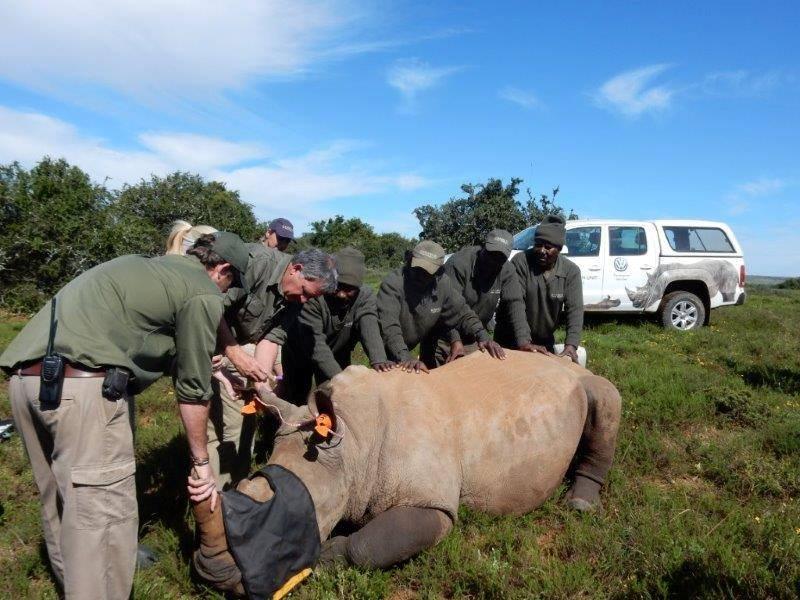 Brian Joss – Goodyear Wranglers are the tyre of choice for rangers of the Forever Wild Rhino Protection Initiative team.

This is the seventh year that the tyre manufacturer is sponsoring the rugged, all terrain 4×4 tyres to help give the anti-poaching teams an advantage when patrolling the country’s nature reserves.

“The rangers made a specific request to have Goodyear Wranglers fitted to the vehicles,” says Wilderness Foundation’s chief operations officer, Matthew Norval. “This is the seventh year that VW has sponsored Amarok vehicles for our Forever Wild Rhino Protection Initiative. Our rangers were delighted that Goodyear Wranglers were again fitted to their vehicles, as they have proven that the tyres offer better traction and are much more robust than other tyres we’ve tried.”

Norval is positive about the impact that the initiative has had over the last few years. “Wilderness Foundation Africa started the Forever Wild Rhino Protection Initiative in 2011, recognising that the rhino poaching crisis was of national and international significance and affected all levels of society.  Wildlife crime is the fourth most profitable illicit trade in the world, estimated at up to $213 billion annually.”

The Initiative has a four-pronged approach in response that includes: support anti-poaching actions on the ground in private and state protected areas; curb demand for rhino horn in user countries; increase security and law enforcement activities through the Wildlife Operations Group, a multi-agency partnership coordinated by Wilderness Foundation Africa and increase public awareness

“We are working in partnership with various organisations to address the issue. Goodyear South Africa has been on board since the start,” concluded Norval.

Geshen Govender, Goodyear Consumer Product Manager explains the benefits of having these tyres fitted to the conservation vehicles. “Being an all-terrain tyre, the Wrangler All-Terrain Adventure is suited to both on-and off-road travelling. The Kevlar reinforced layer, coupled with Durawall technology, resists punctures and cuts in off-road driving conditions. The optimised tread design ensures even pressure distribution across the tyre footprint for improved mileage.

The tyre is a well-suited fit to their requirements.”

In a separate, but related gesture, Goodyear also named Wilderness Foundation Africa as its beneficiary during the recent Speed Stars television show that aired on Ignition TV (Dstv channel 189).

Goodyear South Africa made a cash donation of R10 000 towards the Foundation’s continued  onservation efforts.

“Goodyear’s donation was very welcome. We appreciate their ongoing commitment to our cause and the loyalty they exhibit to the preservation of the wilderness”, said Cheryl Reynolds, Relationship and Communications Manager at Wilderness Foundation Africa.