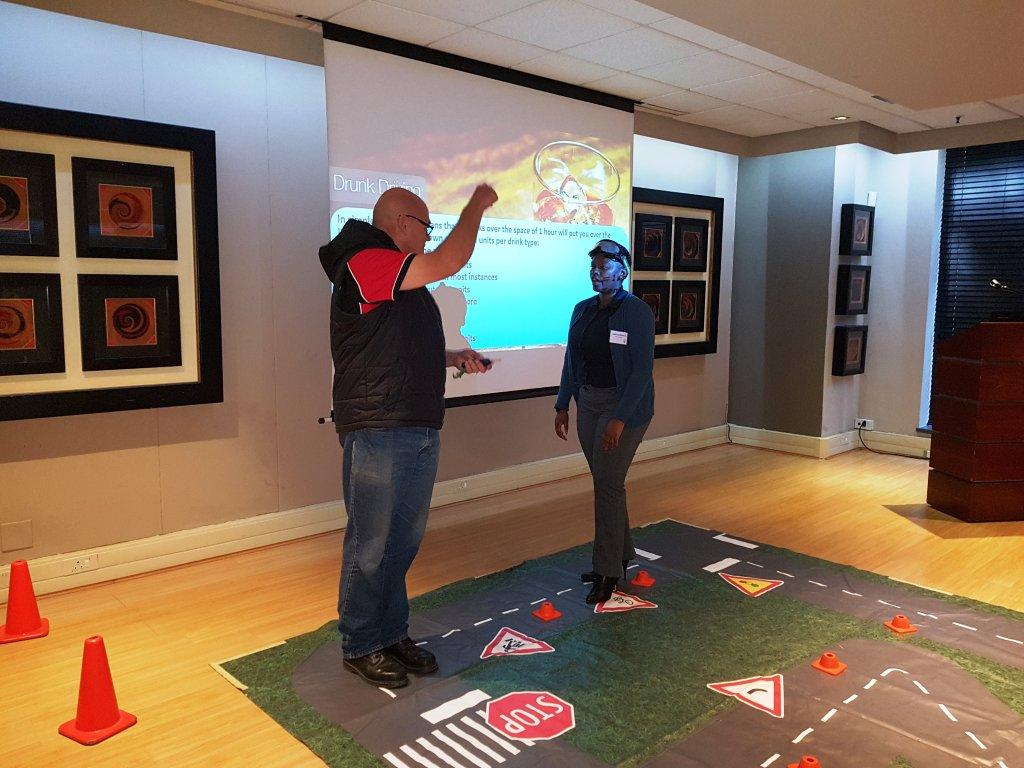 Brian Joss – Gauteng Women in Insurance (GWII) held one of their annual networking events. The theme of this event was ‘The Ripple Effect’ which looked at how one event can have numerous consequences on different parts of a person’s life.

A topic that received considerable attention was that of drunk driving.

MasterDrive was there to share their drunk buster activity and give the women who attended a first-hand view of how drinking can impair your vision when driving.

Nicky Eveleigh the divisional head at Marsh Africa and chairperson at GWII shared her experience with drinking and driving. Her family was left devastated when her brother-in-law, Jordan Eveleigh, was killed in a car crash by a drunk driver. All of their lives were irrevocably changed because of the irresponsible actions of another person.

Some time after the crash Eveleigh started to think about the person who had changed their lives in this way. Where were they now? What are they doing? How have their lives changed? And how do they live with themselves after what happened. The tragedy is that no family who has ever lost a loved one to a drunk driving crash will ever know for sure and even if they did know, it will never bring that person back.

Caro Smit from South Africans against Drunk Driving (SADD) was also there to share her devastating experience with someone who got behind the wheel after drinking. Thirteen years ago her son was killed by someone who decided to drive after drinking despite discouragement from people around her. On her way home she knocked the 23-year-old over killing him.

The actions of the driver inspired Smit to start SADD to emphasise to all drivers the folly of drink driving. She is committed to increasing road safety by reducing the number of drivers who indulge in drink driving.

MasterDrive had the opportunity to share their drunk buster challenge where the women wore specialised goggles that simulates the effect of drinking on one’s vision in specific circumstances. The managing director of MasterDrive, Eugene Herbert, says that while it can be amusing to see people incapable of performing basic tasks, it is also frightening. “With a sober mindset, no one who tries the goggles will even think of getting behind the wheel with them on. Yet, many people who have had a few drinks, do get behind the wheel with impaired vision and reactions.”

Herbert adds, “I applaud the courage of Nicky and Caro to stand up and share their first-hand experiences with drunk drivers and the devastating impact they had on their lives. People can be told a million times over to not drink and drive but no message is as powerful as seeing the effect on real people. Together with our practical demonstration on how vision is impaired by alcohol, I hope we will have an even greater effect in the fight against drunk driving.”