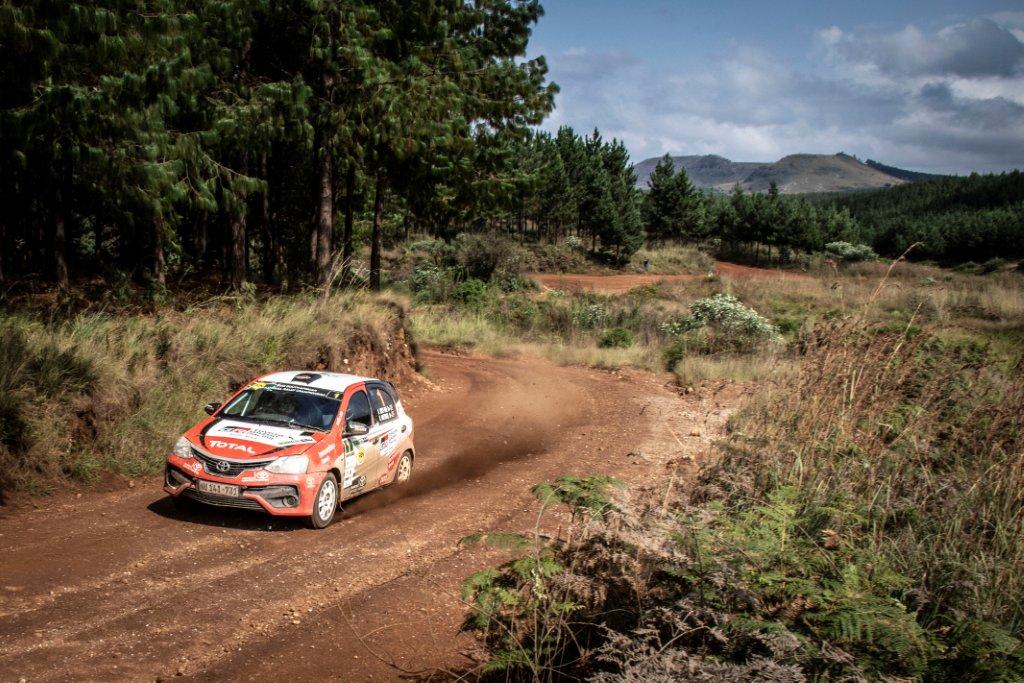 Brian Joss – Defending South African National Rally Champions, Guy Botteril and navigator Simon Vacy-Lyle, may be back in the championship fight after a resounding victory on the 2018 York Rally, Round 2 of the championship, but the season is far from over.

As it stands, Botterill/Vacy-Lyle find themselves tied for third place in the championship standings, and will be aiming for maximum points on Round 3, the upcoming Rally Star Rally, which takes place on May 25 and May 26.

“We were disappointed to start our 2018 campaign with a DNF at Round 1,” says Botterill. “But we managed to bring our Toyota Etios home in first place on Round 2, which put us right back in the thick of things.”

With that said, it is Toyota Etios driver Matthew Vacy-Lyle who finds himself tied with AC Potgieter (VW Polo) at the top of the standings, some five points clear of Botterill and Richard Leeke (Ford), who are tied in third place.

“The championship is already a tight affair,” continues Botterill. “Just five points separate the top four crews, and anything can still happen. The important thing for us is to keep scoring as many points as possible.”

Round 3 promises to be an interesting one, as the Rallystar Rally is a new event on the SA National Rally Championship calendar. The event will take place in and around the Carousel Casino, between Pretoria and Bela-Bela, with two of the event’s ten special stages set slightly further to the north.

“We’ve prepared our Toyota Etios R2N well for the upcoming event, but since the event is all-new, we don’t really know what to expect. On the one hand, the stages are sure to offer similar smooth, dusty surfaces as at the Bela-Bela Rally, which we used to race in the past. But then again, we won’t know for sure until the recce starts,” concludes Botterill.

The Rally Star Rally gets under way at 2pm on Friday, with four competitive stages on the day. Six more stages follow on Saturday, bringing the total racing distance to 153 km.