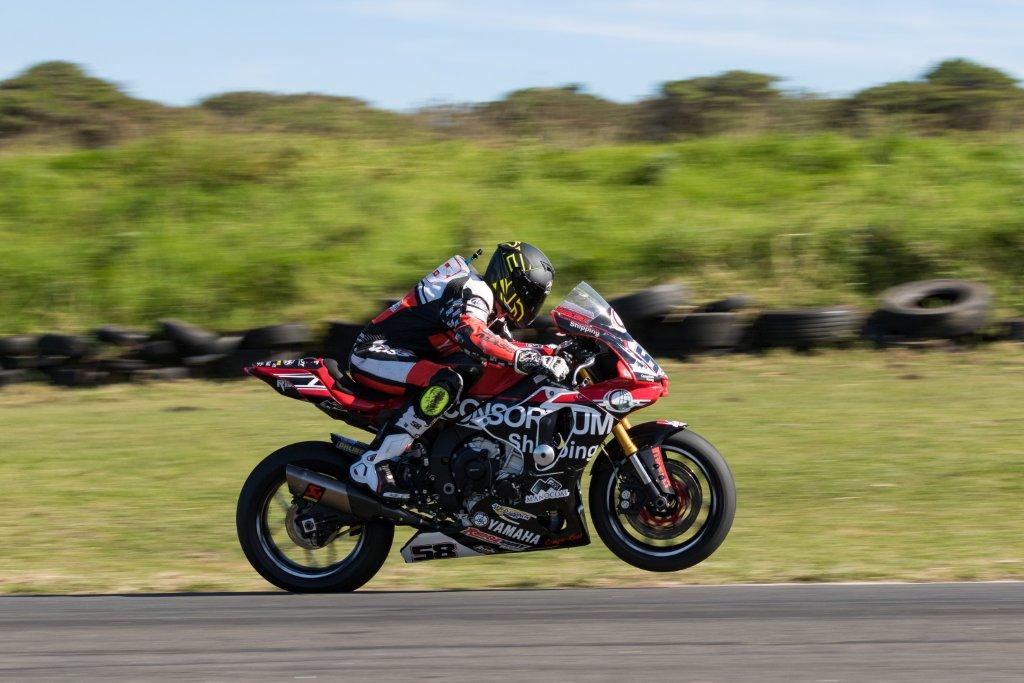 Brian Joss – After a couple of rounds down at the coast, the SuperGP Champions Trophy returns inland for the fourth round of the 2018 championship. The event, which forms part of the SA Bike Festival, takes place at the Kyalami Grand Prix Circuit from May 25 to May 27.

The Super300 competitors sit this one out, but the SuperGP and Super600 riders, joined by the BOTTS competitors, will be in action on all three days.

Defending champion Clint Seller (King Price Extreme / Bikefin Yamaha R1) finally got his season back on track last time out in East London, taking two wins and moving up to second in the title race behind Michael White (Consortium Shipping Yamaha R1). Capetonian David McFadden (RPM Centre/Stunt SA Kawasaki ZX10) had a weekend to forget in East London and will drop more points when his misses the Kyalami event due to international commitments. He has dropped to fourth on the log behind Daryn Upton (Uncle Andy Racing Suzuki GSXR 1000). The SuperGP category will be joined by the SuperMasters and BOTTS competitors.

Friday morning will be dedicated to practice sessions with qualifying for the Super600s getting underway at 1.3opm. The SuperGP, SuperMasters and BOTTS riders will follow them at 1.5pm. On both Saturday and Sunday the Super600s will be in action at 2pm with the bigger bikes following them at
2.45pm.

Tickets are available from https://www.southafricabikefestival.com