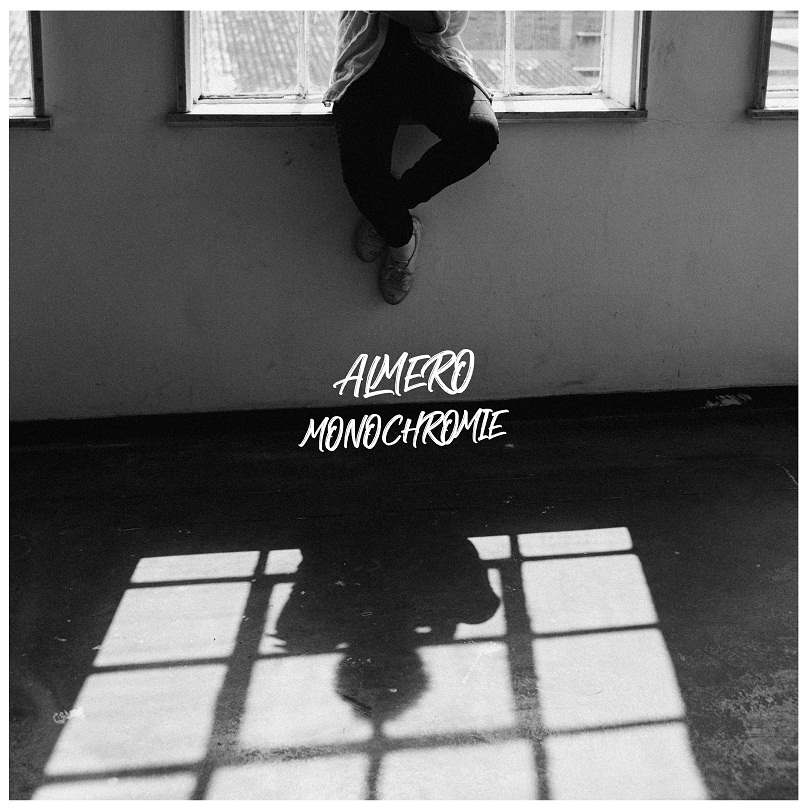 At barely twenty years old he already boasts his own short story, poetry collection and two singles, all of which have been very well received.

With the release of his newest hit, MONOCHROMIE, Almero is not only going to cause an uproar in the South African music industry, he is also primed to sing his way into the hearts of music lovers countrywide.

“MONOCHROMIE is what I call a power ballad. It is about a feeling I’m sure we’ve all experienced: searching for someone we can call home. Someone who can teach us new things, who can make us feel and see. It draws the comparison that this person, should they exist, will colour your world in colours you could never have imagined. Yet there is also a heartfelt plea that this person should stay,” he says about the song, co-written with Ruan Graaf and produced by Nico Welgemoed.

“I am someone who attaches a lot of value to my house or home. Since moving out of our parental home in 2015, I’ve been prone to seeing the people around me as ‘home’. This song captures something I think about often, and I find the musical aspect of the song remarkable. The darkness and weight of the words are emphasised, but it still offers hope. I think we are all searching for a home, and I hope that this song will offer such as a ‘home’ where people can rest.”

This powerful alternative ballad is poetic and touching, and the rhythm and melody are fresh and enthralling. It is the perfect fit for Almero’s unique voice and story-telling style, and will no doubt resonate with audiences of all ages. A music video and album are being planned for later this year.

This talented lad from Bloemfontein grew up in a home filled with music. Him and his brother, Nico, often fell asleep to the sound of Don Williams and in his mind, there was never any doubt that they would grow up to make music. The plan just wasn’t necessarily to do it full-time.

This is his second year in the industry and he can already list several highlights, including his duet with Bouwer Bosch, Nul Is Nie Niks Nie, which was used for the youth film of the same name. He also had the privilege of sharing the stage with Bouwer at the OppiKoppimusic festival in 2017. In addition, he previously released two singles, which his fans were mad about. “To hear people’s stories is always a highlight. Music has given me a much greater platform for meeting people and listening to their stories. It is an unimaginable privilege. I write and make music to understand the world and other complicated issues. I also feel that there are many stories that need to be told through art forms such as music and poetry,” explains the musician.

Singing, however, is not Almero’s only talent. Aside from the fact that he is a deep thinker and a brainbox – he wanted to become a surgeon – he is also an exceptional writer and poet. He is currently busy marketing his book, Donderweer Gedagtes, and released Liefde Wen with Bouwer Bosch in 2017. “People and their relationships with one another inspire me, and this collection is about love in all its different forms. It started as a poetry competition. We received more than 400 hundred entries and selected our favourites to form part of the final collection,” he explains.

According to the artist, he enjoys most types of music, as long as it contains a message. In particular, he likes ‘bedroom singers’ who are too scared or vulnerable to share their work. Musicians such as Damien Rice, Matt Corby and Bon Iver has had a great influence on his musical style and he would love to one day write a poem with Riaan Cruywagen and perform or record a song with Danie du Toit.

About his music, Almero says: “It is full (sometimes too full) of images and metaphors and my voice is an instrument for which I have lost the manual.” He wants to shift boundaries in the Afrikaans music industry by combining his profound lyrics with modern and interesting sounds. MONOCHROMIE not only symbolises this goal, but also predicts what listeners can expect from him in the future.

Monochromie is available via the following platforms: