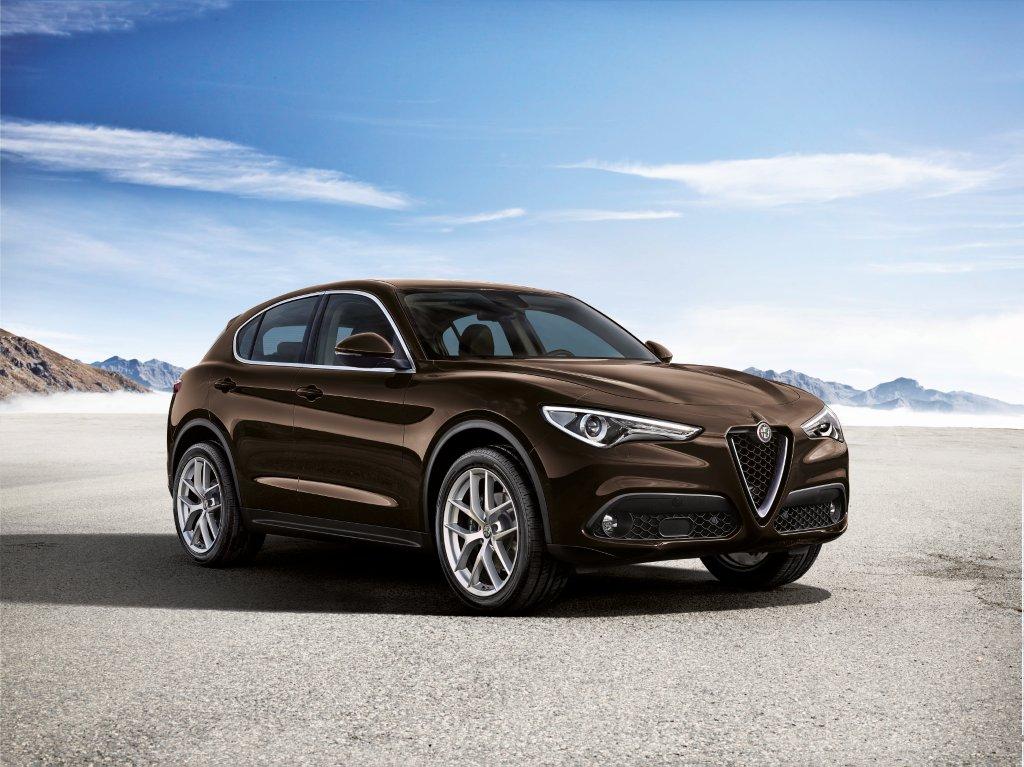 Brian Joss – It has taken more than a century but Alfa Romeo has finally entered the SUV market with the Stelvio and it has been worth the wait. In a word the Stelvio Q4 is fantastico.

I’ve always been a fan of Italian cars: I’m also a closet Alfisti. My son owned two, a 147 DC and a 159. Years ago I had a Fiat 850 and a Fiat station wagon 124 S which I drove from Cape Town to Johannesburg after it was given to me, and apart from the usual pitstops to fill up with fuel and top up the radiator, the journey was hassle-free.

When the sleek, sexy Stelvio was delivered to my door, with the V6 engine’s soundtrack burbling away through the dual exhaust tips, which by the way is a nice design touch, I couldn’t wait to get into the driving seat. And when I did, the Stelvio 2 litre met all my expectations and then some.

First and foremost the Stelvio SUV has the complete DNA of the iconic Alfa brand. Which means excellent handling and entertaining driving. The soundtrack will win the approval of opera aficionados everywhere.

The sporty SUV plays in the same market segment as the Jaguar F-Pace, Audi, Mercedes Benz GLC and the Porsche Macan. Even though I haven’t yet had the opportunity to drive the latter four I predict the Stelvio with its eight-speed automatic transmission is going to give them a run for their money.

What do I think? In three Italian words: Sei un mito – which roughly translates to, “You’re awesome”.

The Stelvio 2 litre Super Q4 on test here, is as nimble as a klipspringer, whether it’s in heavy traffic; cruising on the open road; up a winding, twisting mountain pass like Helshoogte in Franschhoek; on a stretch of gravel or the urban route, the SUV does it all with a touch of arrogance.

There’s also a First Edition which features, among others, full grain leather upholstery, a 10 speaker sound system and an electric sun roof. The Stelvio leans towards the sporty side rather than utilitarian. The steering is sharp and the nose goes where you point it. The ride is comfortable thanks to specially developed dampers. The Stelvio handles more like a car than a SUV and there is almost no body roll to speak of. It takes a while to get used to the way you move the gear lever on the auto box from park to reverse to drive (It’s similar to the one fitted to the Peugeot 3008) but once you figure out the secret then it’s a breeze (Motoring 101: read the manual first). The gear changes are slick and smooth. What was disconcerting for me, however, was the turbo lag at the start. The Stelvio is a peppy performer with plenty of punch across the rev range. The turbocharged petrol engine puts out 206 kW and 400Nm of torque. The Stelvio takes 5.7 seconds to go from 0 to 100 km/h , and say Alfa, has a top speed of 230 km/h and the Q4 all-wheel drive adds to the thrill of the ride. Although the SUV is not a 4×4 , it does perform well in light to moderate off-road driving.

Inside, the cabin has that touch of Italian chic. Quality materials have been used throughout. It is almost identical to the cabin in the Guilia. The starter button, of course the Stelvio is keyless, is on the steering wheel.

The leather, including full grain and real woods have all been chosen for their visual and tactile appeal, Alfa say. It’s plain to see that the cabin has been designed with the driver in mind. The small leather-wrapped steering wheel is comfortable to hold too. There is a clear TFT( thin-film transistor) colour 7 inch information display cluster) which supplies all essential information. TFT technology is a liquid crystal display (LCD), used often in notebooks and laptops. Two rotary controls operate the Alfa DNA selector and Alfa Connect system which has an 8.8″ high resolution display, with integral 3D navigation function. In simple terms The DNA selector puts you in charge of the driving experience: there’s the dynamic mode if you want to have some driving fun. Which means that you can drive more aggressively, managing the fuel, braking and steering, at the same time limiting the Electronic Stability Control; natural mode is for day-to-day and city driving and advanced mode is for maximising energy savings and minimising emissions levels, Alfa say.

In front you can adjust both front seats. At the rear, headroom and leg space is more than generous. There are three seatbelts and head restraints. A pair of cup holders are in the armrest at the back and lots of storage spaces. The console houses an armrest with a hidey hole for small bits and pieces, USB/aux plugs; three rotary controllers for music, the menu selector dial and the DNA settings; the gear lever and electric parking brake. There is SatNav too and while the infotainment system is easy to use it was a problem for me, at least, to change the radio channels so I had to settle for boring talk show 567 instead of Cape Town’s music station 828.

A useful feature is the electronic tailgate which is adjustable to three heights. To open it press the button on the key fob or the tag on the driver’s door. Boot space is among the best in its class, Alfa say, and offers a cavernous 525 litres. With the back seats folded down in a two-way split you could probably load the kitchen sink and more. There is also a space-saver spare wheel.

The Stelvio has quite a distinctive look. The front features Alfa’s legendary cloverleaf grille and the dual sports exhaust tips peep out at the back. The Stelvio’s curvaceous looks and sexy curves set it apart from the many other SUVs on the road which are mainly boxy and chunky. But then as all Alfistis know Alfas do stand out from the crowd.

Alfa hasn’t forgotten about safety features which include an Integrated Brake System (IBS), Forward Collision Warning and Autonomous Emergency Brake with pedestrian detection, Lane Departure Warning, Blind Spot Monitoring (BSM) with Rear Cross-Path Detection. The radar cruise control which maintains a safe following distance is a useful feature, as is the parking sensor which gave a long bleep as soon you touched the button on the key fob to open the doors or when you’ve stopped and park is automatically engaged, it bleeped, long and loud enough to wake the dogs. The Stelvio is quite thirsty I recorded figures of 10litres/100km, but … it’s a small price to pay for the performance you’re getting.

The Onedio website says that an Alfisti is more than being an Alfa Romeo fan: It’s falling in love with a sound, a detail and a look. Alfa Romeo was founded by the Visconti family in Milan, Italy in 1910. Here are some things that Alfistis know: every engine creates sound, but calling the one that’s coming from an Alfa Romeo’s engine just a ‘sound’ is being modest; it roars; Alfa Romeo has been producing passion from day one, not just a machine; the colour red doesn’t look as good on any other auto as it does on an Alfa Romeo; one of Alfa Romeo’s differentiation points is its engine structure, dynamics and technology; Alfistis don’t think about which auto to get, instead they think about which Alfa to get; and you don’t buy an Alfa just to get from point A to B.

A sentiment with which I agree whole-heartedly. The Stelvio is a driver’s car, it’s not just about getting to your destination. The fun is in the journey, whether you’re cruising on the open road; taking the bends on a serpentine, even when you’re grinding your teeth in gridlocked traffic. I dislike attributing human characteristics to motor vehicles. However, the Stelvio has loads of character and if you’re in the market for a SUV that defies the genre then it should go to the top of your shopping list. As a benefit, it will attract admiring glances wherever you go and make your neighbours green with envy.