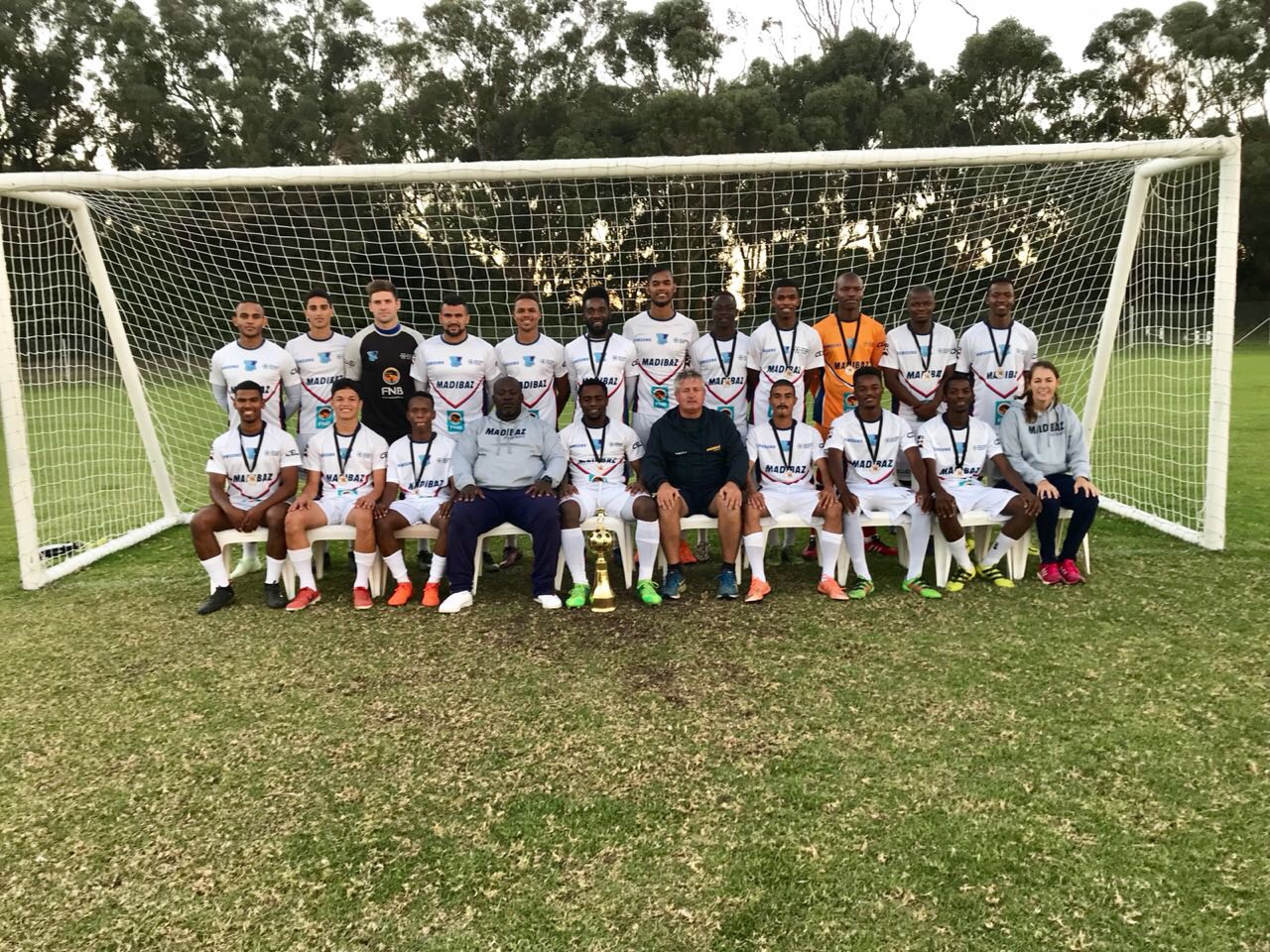 Following their consistent success on the field, Nelson Mandela University could not be better placed to help evolve football within the Nelson Mandela Metro.

Its football club, aptly named Madibaz FC, has developed an unrivalled platform to grow a diverse student player base academically and socially that creates value for society through the sport.

The students demonstrated this once again with an incredible track record in the SAB NMB Regional League, having clinched the title last weekend.

“With the growth of clubs in the semi-professional leagues (SAB and ABC Motsepe), the most obvious missing representation is in the National First Division,” said De Kock.

“As Madibaz Football Club, we see unprecedented growth opportunities in both the development of football as an industry within the entertainment and service sector of our metro, as well as its inspirational role in bringing people of all ages together with a shared passion.”

He added that Madibaz FC had long been dedicated to creating opportunities that facilitate positive developments in football.

“With its unique socio-economic business model and distinct successes, Madibaz Sport drives a systematic approach to building a platform for football knowledge, player development, academy programmes and commercial partnerships that will benefit the university and the city’s football industry on multiple levels,” said De Kock.

“We hope our recent success will act as a catalyst for more investment, creating a prime opportunity for furthering the contribution of football to the regional and national football family.”

Winning the NMB SAB regional league back to back must be seen in the context of the overall Madibaz Football strategic plan that is directed at changing the public and institutional perception around university football, said Sport Manager Mark Tommy.

He said football was the biggest and most popular sport code that lent itself to commercialization simply because of the South African Football Association’s national promotional league structure.

“The growth of football at the university has been phenomenal because of years of hard work.

“All credit must go to the student-players for pulling off these performances while remaining committed to fulfilling their academic requirements.”

As the general secretary of University Sport South Africa Football, Tommy said he was seeing a transformation in the positioning of football at institutional level.

“Despite the popularity and success of football as a university sport offering it is still perceived, in my humble opinion, as a ‘cinderella sport’ by most institutions,” he said.

“This is evident through the budgeting and resourcing of football in comparison with the codes of rugby, cricket, hockey, athletics and netball.

“The number of university teams in the various SAFA promotional leagues around the country is tangible proof that the future of professional football in South Africa is at the doorstep of the universities.”

He said the Madibaz objective was simply “to win as many games as possible in a season”.

“This is paying dividends and has led us to the pursuit of professional football status through the promotion pathway of the ABC Motsepe League and National First Division,” said Tommy.

“Our focus is now on the playoffs from June 15 to 17 in Grahamstown.

“Having failed at our first attempt at the promotional play-offs last year we now have another shot at it.”

With the SAB League title secured, Madibaz coach Wayne Iveson said their attention was now solely on the play-offs.

“The mood in the camp is positive and mental capacity is going to be of vital importance to achieve success in the play-offs,” he said.

“Strategies to assist with the mental preparation of the players are in place.

“The league has been tough and competitive, with regular double-headers. At one stage, Madibaz played five matches in seven days.”

Tommy praised the work of biokineticist Jayde Howitz in reducing the time injured players spent on the treatment table.

“In all Madibaz Football prides itself on our professionalism and depth of the university football programme,” he said.

“The work of second and third team coaches, Glenton de Kock and Silulami Nicholas Myataza, is of paramount importance in ensuring that the Madibaz talent conveyor belt remains healthy.

“This is evident in the promotion of six PEFA league players to the SAB League team.”

“Our U16 and U18 teams have performed exceptionally well in the PEFA leagues where, for a second time, the Madibaz U17 team have qualified for the prestigious Engen tournament to be hosted by Glenville in June.

“This is a feather in the cap for our youth coach coordinators and the talent at Ndzondelelo.”

“These are essential pillars of Madibaz Football as we have to rely on ‘growing our own timber’ because we do not have the sport bursary capacity or any sponsorship to attract and retain the best talent in the Eastern Cape.

“Success breeds success and that is what we are selling. To achieve the objectives described in our strategic plan, we need the assistance of all sectors as we position Madibaz Football as a true local brand.

“We strongly believe the Madibaz Football brand is a perfect fit for Nelson Mandela Bay to grow its own professional football team with an academy that can contribute to the missing link in the football offering in the city.”