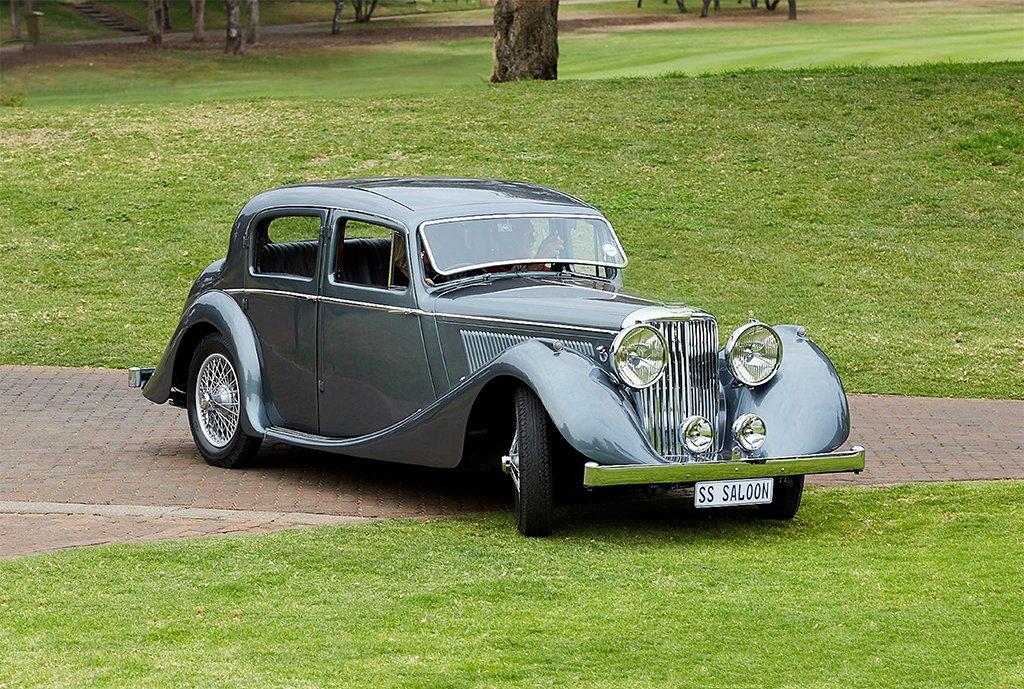 To car collectors around the globe, it is something akin to Willy Wonka’s golden ticket. It is rare and hard to come by – and the competition for it can often be fierce. It is an invitation to show an automobile at the Concours d’Elegance in South Africa.

Going to a Concours d’Elegance is a great way to see rare and pristine vehicles from an earlier era of motoring, but for the average enthusiast, it’s hard to fathom what it takes for a car to just be able to show up to a Concours – not to mention driving off with the Best in Show Award.

When talking about a classic car it is not always clear what is meant.

Usually the word ‘classic’ refers to interesting vehicles which are no longer being built.

An “older automobile’ is the definition for a ‘classic’; various meanings, however, do transpire from different areas of the world. The common connotation is: ‘an older car with historical interest worth preserving’.

Vehicles which are 20 years and older pertain to a classic, or vintage class which are vehicles produced between 1915 and 1998.

The fascination and thrill of owning such a car is usually amplified when participating in a Concours d’Elegance, an occasion where prestigious vehicles are displayed and judged, usually held at automobile shows.

With the first one having taken place in 1929, the Concorso d’Eleganza Villa D’Este, is still held annually on Lake Como in Italy. The first Concours in America was held in 1950 in Monterey, California and the longest continually running event is the Hillsborough Concours d’Elegance in California.

In South Africa the first Concours was held in 2016 at Sun City; the interest was so high that it attracted entries from outside the country. The owner of the winning vehicle, a 1985 De Tomaso Pantera GT5, was from Gaborone in Botswana.

This year’s Concours South Africa event will be hosted at the Steyn City Parkland Residence, at the edge of Sandton, Johannesburg, from August 10 to August 12.

Giuseppe Plumari, CEO of Steyn City Properties, said: “We are delighted to be associated with 2018 Concours SA. This, after all, is an event dedicated to quality and legacy; things that are built to last.”

Judging of cars entering Concours is demanding, high levels of competitiveness means the car must be in pristine condition with much of the emphasis placed on originality and authenticity of presentation. What is of great importance is the story, passion and involvement of the collectors.

For those considering a Concours d’Elegance participation, Paul Kennard, organiser of Concours South Africa, suggests taking a few months before the event to prepare the car. This will offer ample time to clean, repair and upgrade parts at a suitable working rate.

“Preparation can take up to year before the competition” states Kennard “this obviously depends on the general condition of the car”, and he adds, “It is, after all, called a Concours d’Elegance, so entries must have style, class and elegance”.

The purpose of Concours is to present the car as close to when it left the factory, as possible. Older classic cars did not come with rubber mats and would be marked down in the competition if they were included; only genuine leather or fabric was used, fake leather was introduced later as a cheaper alternative. Older cars did not possess technology like electric seats, seat warmers, massagers which makes the seats much easier to remove and clean.

The engine and engine compartment are, by far, the most difficult to clean and prepare. The correct period fittings, hoses, electrical connectors, fuses and clips need to be incorporated; judges will be very particular about their inclusion.

The standards have risen incrementally Since its inception in South Africa in 2016 the standard of presentation at the Concours has risen considerably. Participants have embraced the competition with passion and enthusiasm with the fervour increasing annually.

“It has been exciting to watch the growth of interest in collector cars over the past two years”, says Paul Kennard.

“Car enthusiasts founded this type of event 68 years ago to share and celebrate great cars, and it’s wonderful to know that we have played a role in encouraging others to celebrate great cars too here on the African continent. In reality a Concours is an exhibition of priceless art.

Automotive sculptures that stand as a lasting testament to the brilliance of pioneering engineers, innovative designers and skilled coachbuilders.

“The day of the show is, without any doubt, all about the competition, where many months and hours and hours spent working on a vehicle need to be rewarded. We also encourage a polished personal appearance, paired with the perfect hat, and it is also about bringing sunscreen, sunglasses, being poised for discussions with other competitors, comparing notes and conversing in that particular dialect called “classic'”.

CAPTION: On show: the Jaguar SS Saloon will be at the Concours. Picture: Motorpress