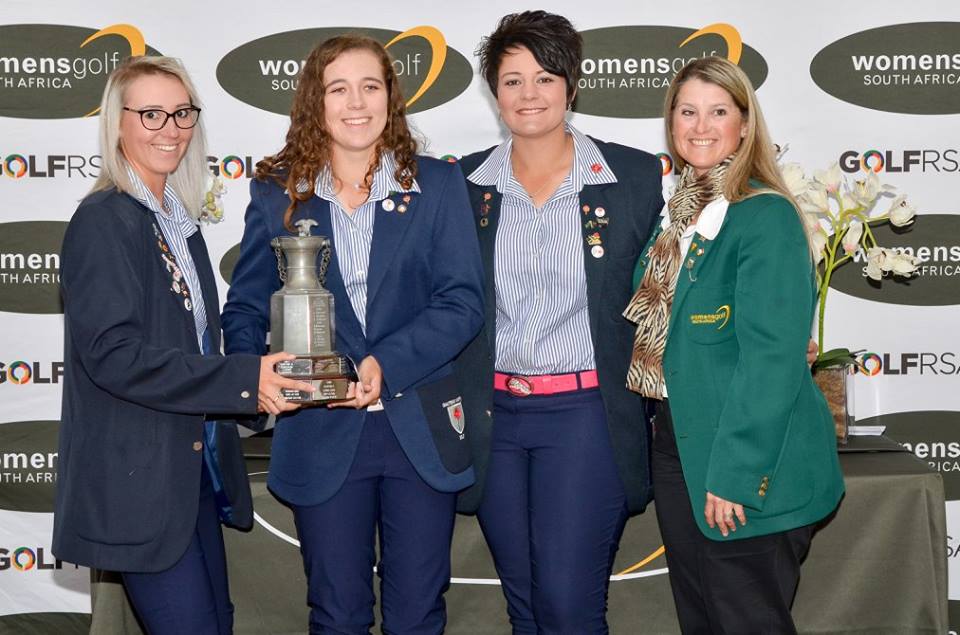 TSHWANE, 23 May 2018 – Danielle du Toit tapped in for birdie on 18, took off her shoes and jumped into the pond at the closing hole with her Gauteng North team-mates to end the SA Women’s 72-Hole Team Championship with a victory splash at Waterkloof Golf Club on Wednesday. 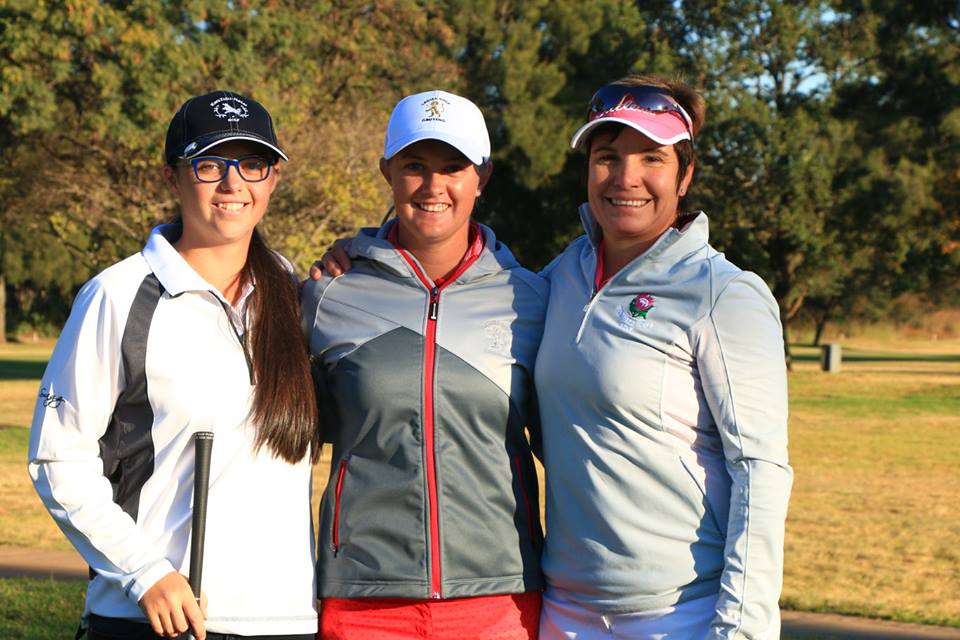 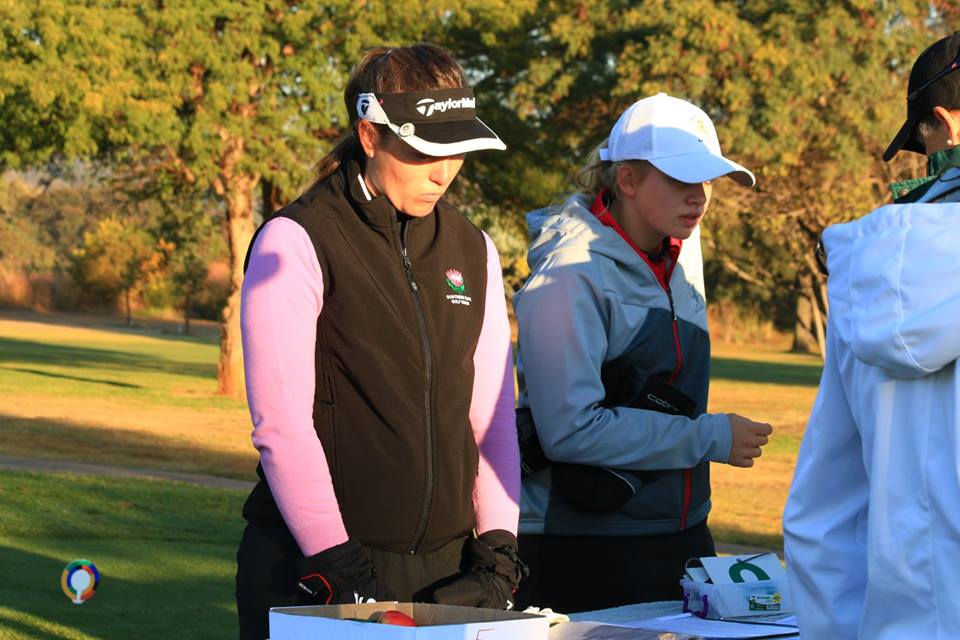 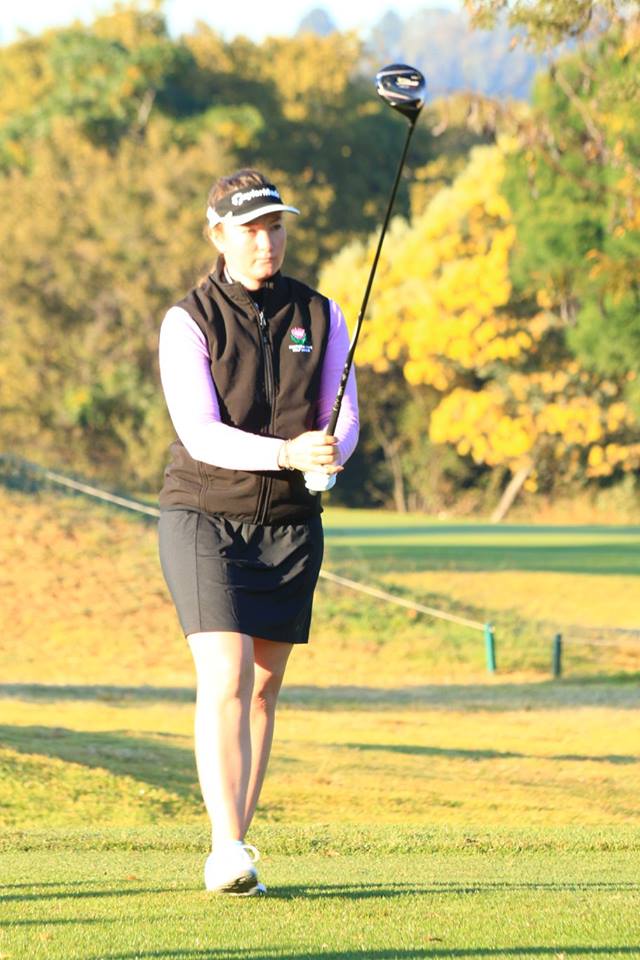 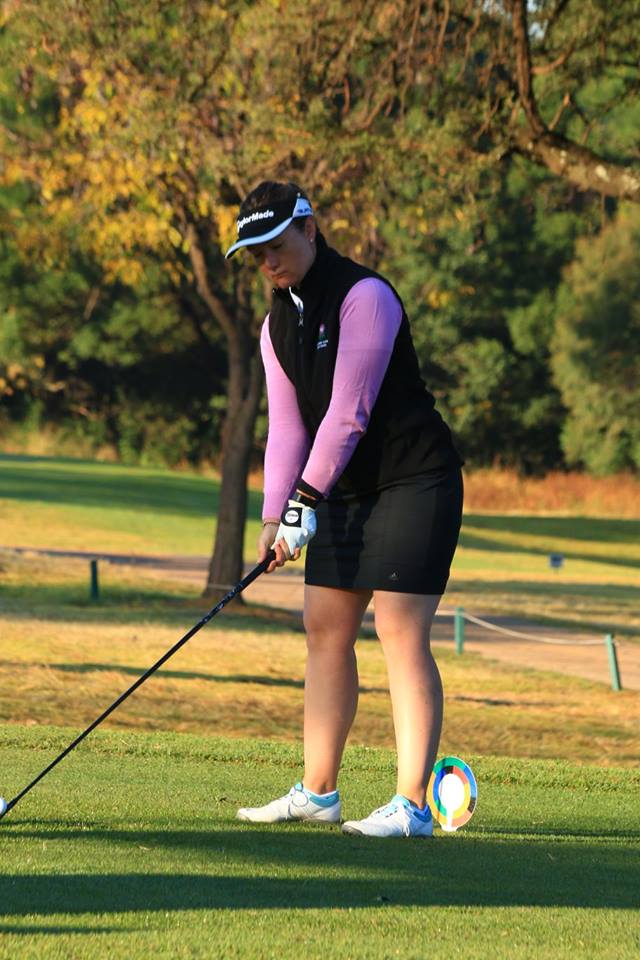 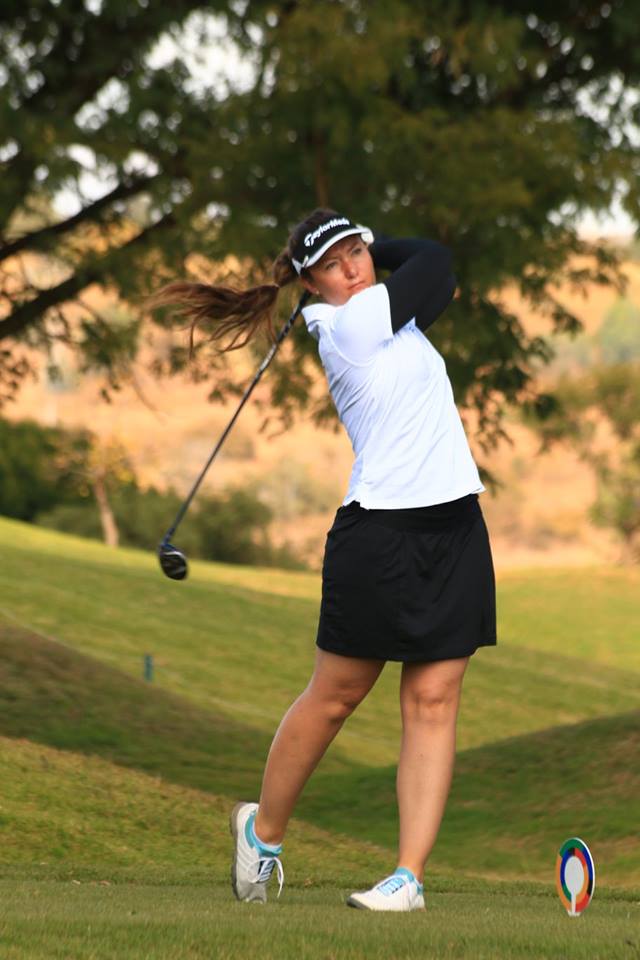 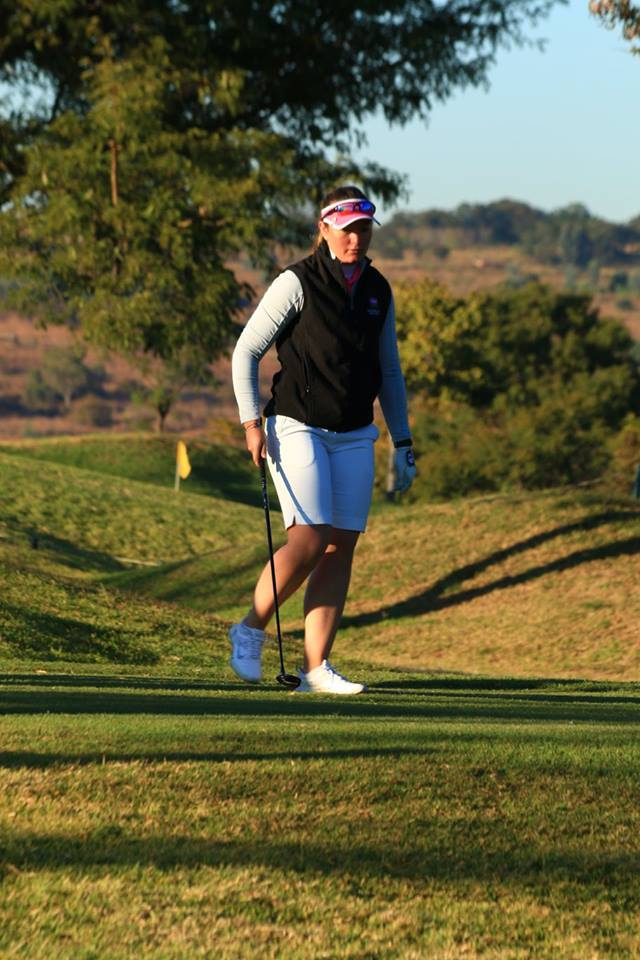 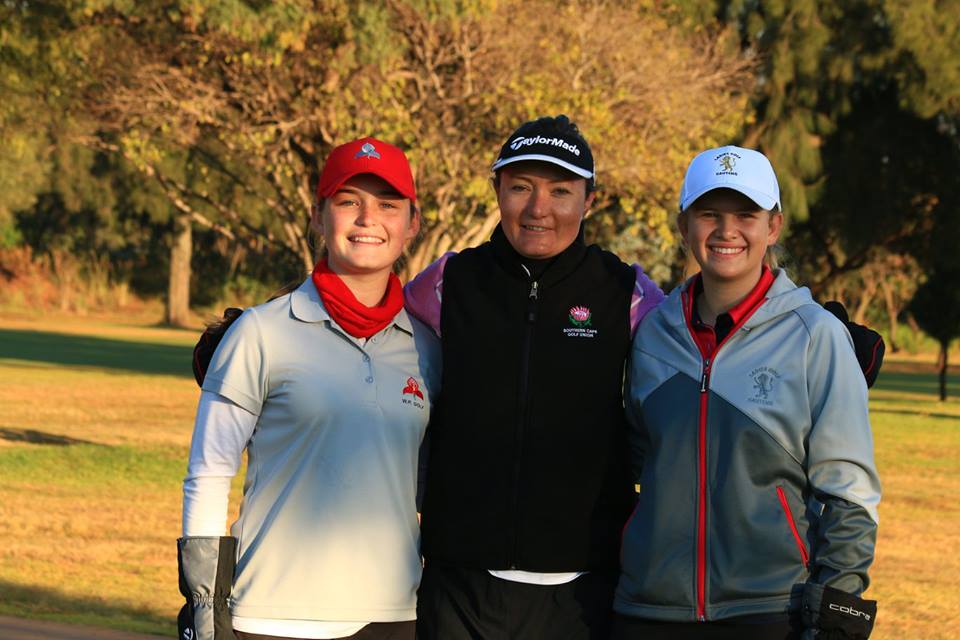 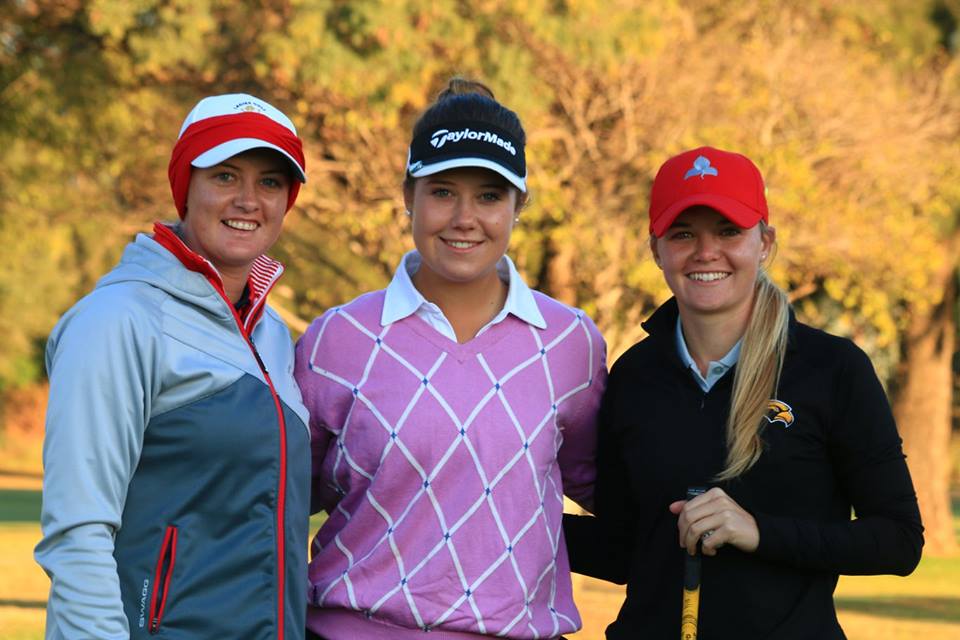 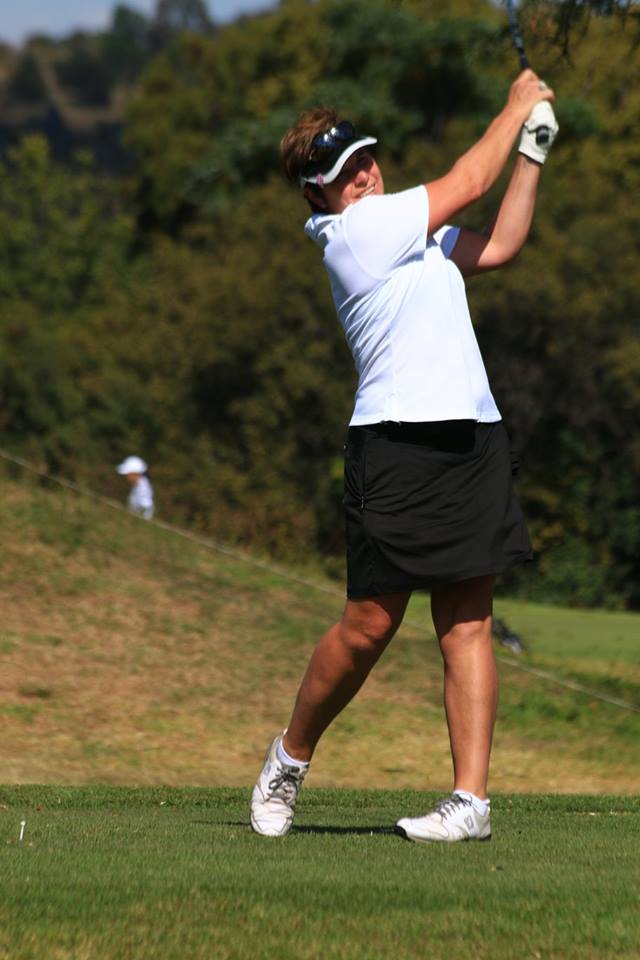 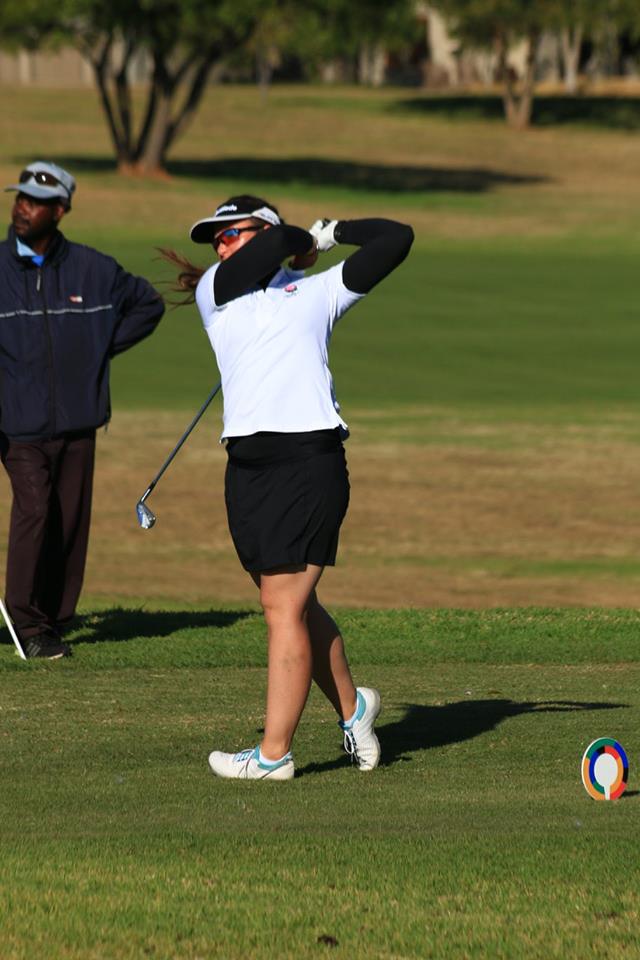 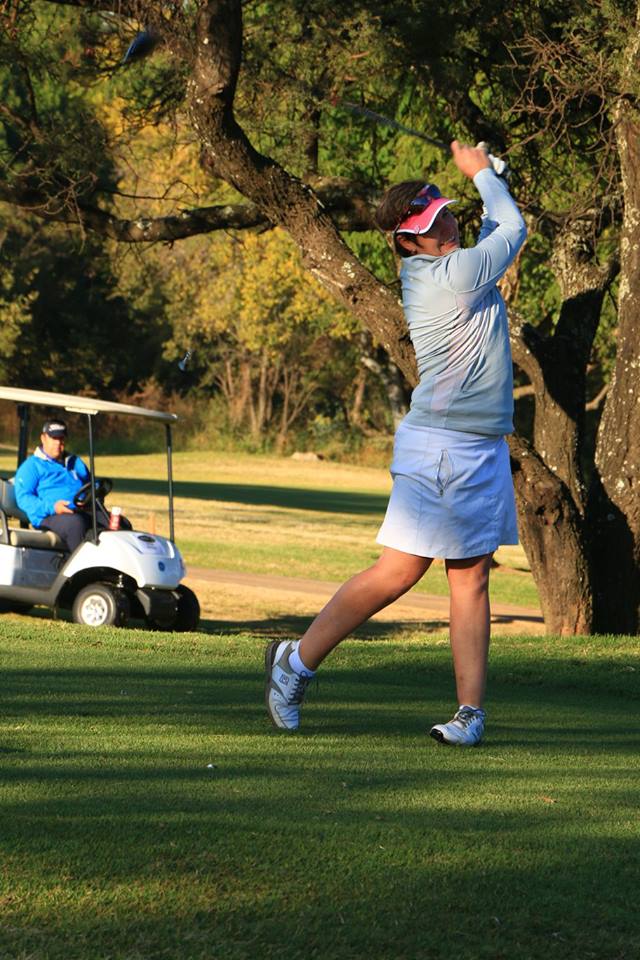 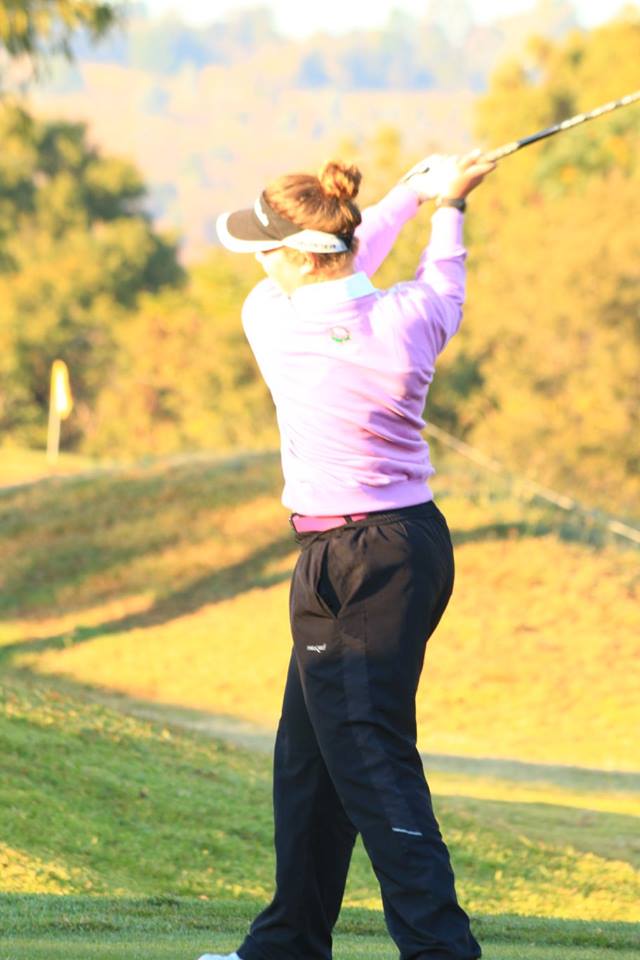 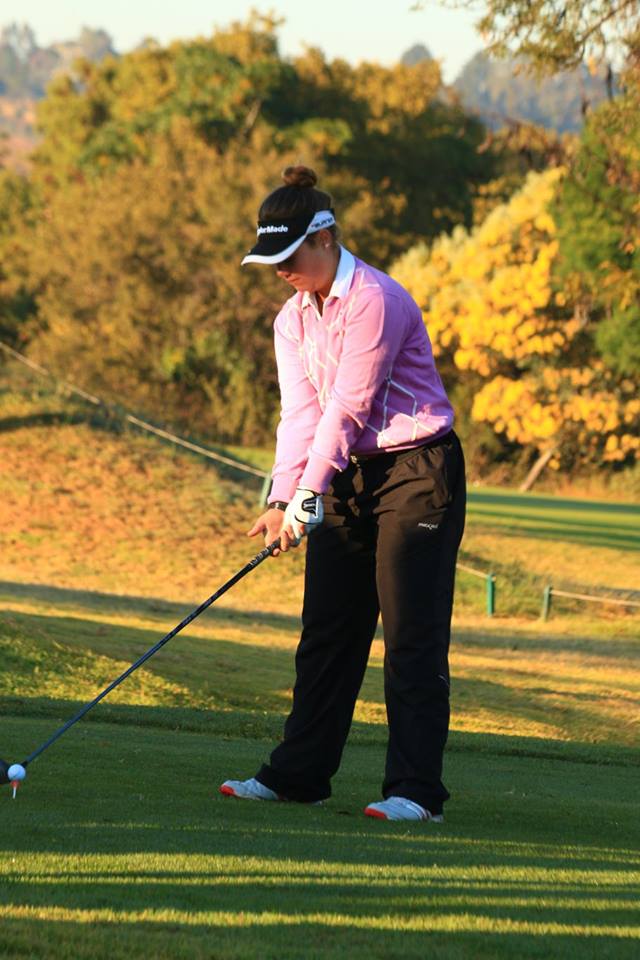 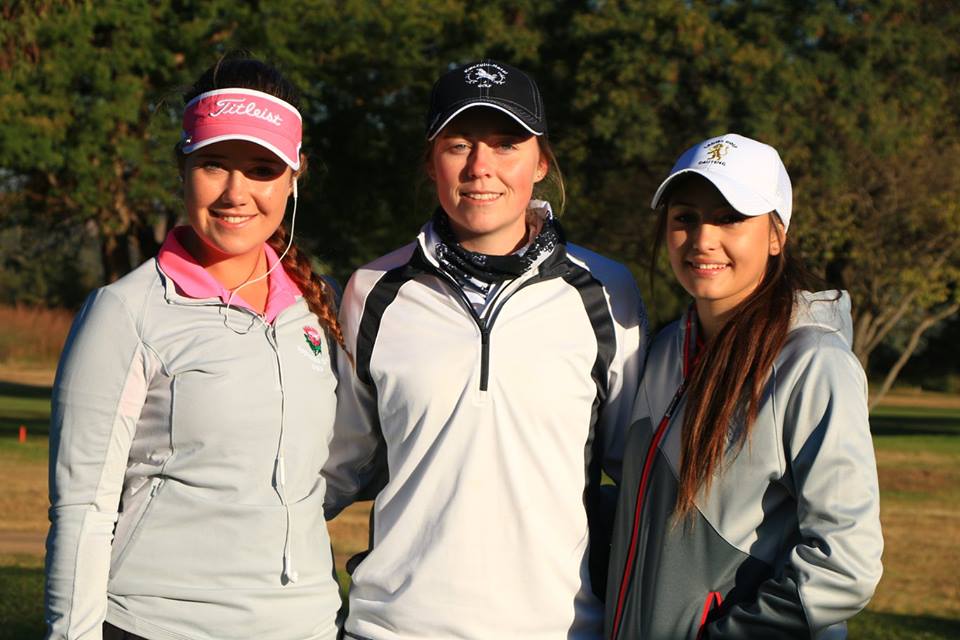 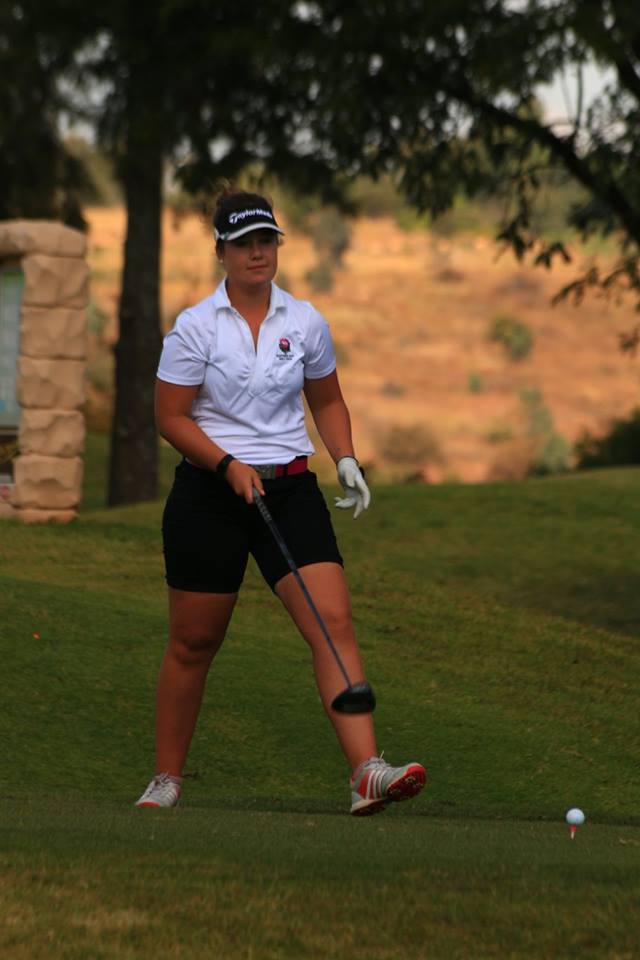 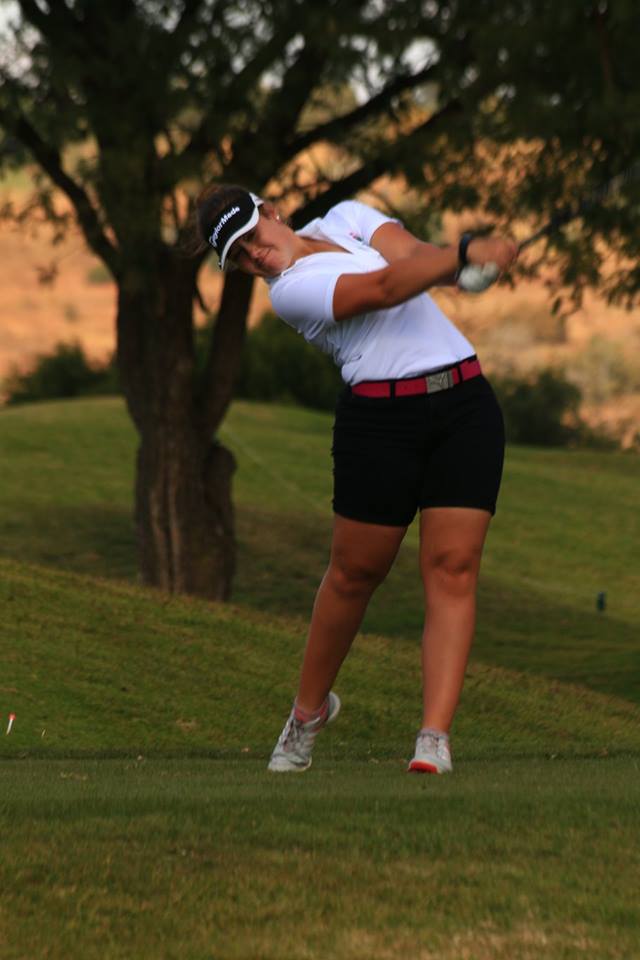 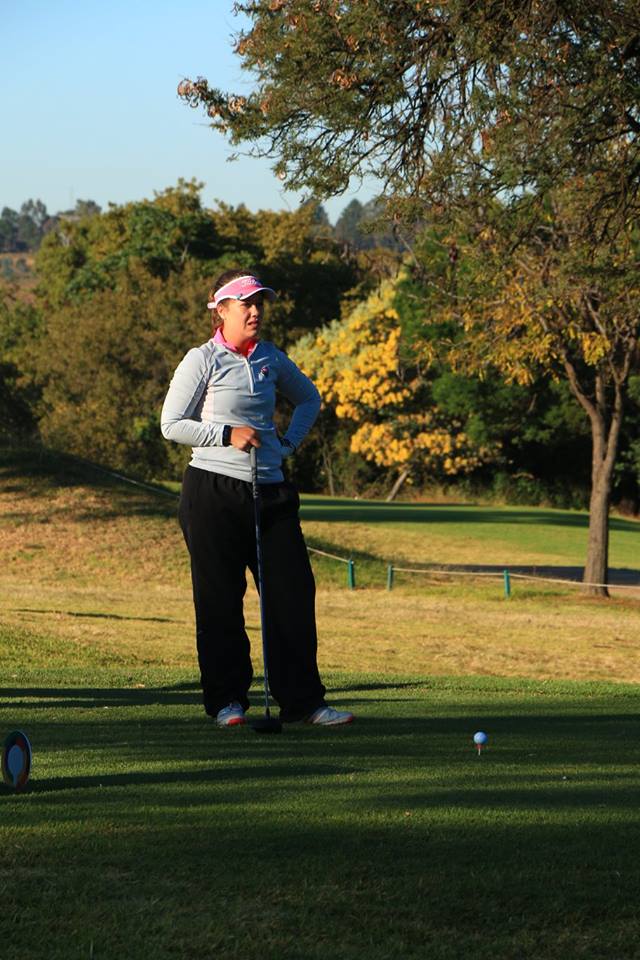 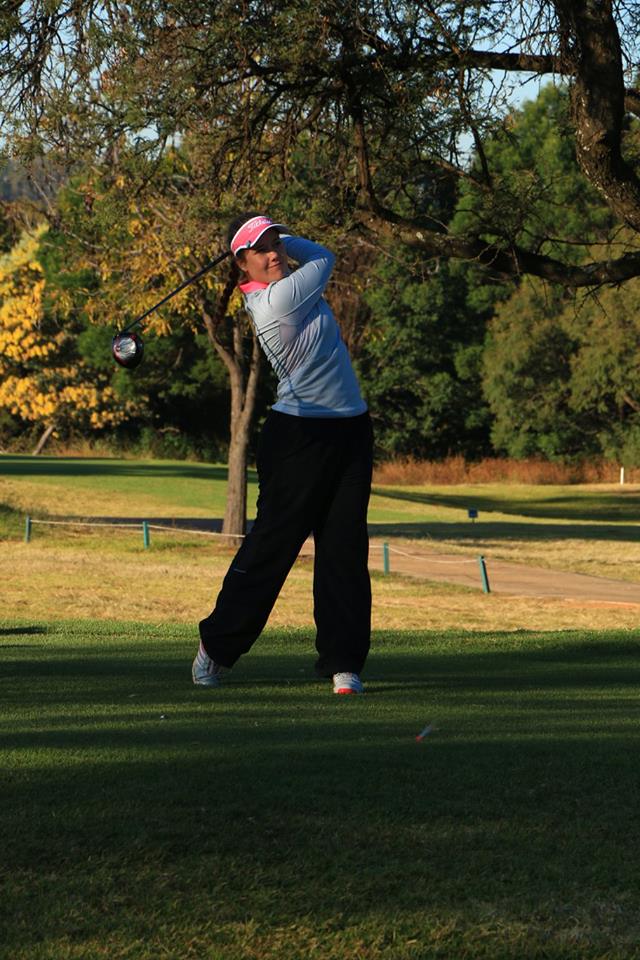 Du Toit, Lenanda van der Walt and Larissa du Preez went wire-to-wire with rounds of 138, 147, 148 and 146 to lift the Swiss Team Trophy with a thundering seven-shot victory on three-over-par 579, ending a four-year winning drought for the Daisies, who dominated the team event with four successive victories from 2010.

“We are absolutely ecstatic; just over the moon…and very wet,” gushed Du Toit.

“After the third round, we made a pact that we would jump in the pond like the ANA Inspiration winner jumps into Poppy’s Pond. It felt great to tap in that last putt for the win, but making that jump with Lenanda and Larissa was the best feeling ever. I hope Waterkloof names that pond after the Daisies.”

Gauteng North opened up a six-shot lead in the first round and still led Ekurhuleni by seven shots after 54 holes.

Van der Watt went off first and erased a trio of bogeys with three birdies for an even-par 72 to keep her the team in the driver’s seat. “It was another tough day on the greens but I limited my mistakes and bounced back after every bogey,” she said. “The greens are so tricky and it’s easy to get sucker-punched by one bad shot. The moment you lose your focus, this course punishes you. The key to our success was patience and playing the course, not our opponents.”

Du Preez, who returned a non-counting 76, added that the team’s credo for the week was to fight until the last putt dropped.

“Take Danielle, who was two down to Caitlyn with four holes to play in the final round,” Du Preez said. “Caitlyn bogeyed 17 and Danielle made a great up-and-down to save par. She laid up on 18 and hit a brilliant wedge to an inch. Caitlyn missed her birdie putt and Danielle tapped in to tie her for the lead. It’s never over till it’s over and we fought for every shot.”

Reigning Sanlam SA Women’s Stroke Play champion Casandra Hall backed up Macnab with a one-under 71 for a final round 146 that sealed second for Ekurhuleni A.

Kajal Mistry, Woo-Ju Son and Zethu Myeki secured a third-place finish for Gauteng A on 591, while Kaylah Williams, Kelly Erasmus and Jordan Rothman sealed fourth for Western Province A on 609.

Ekurhuleni also featured prominently in the Individual competition. Macnab shared the first prize with Du Toit, Du Preez finished in third and Kajal Mistry from Gauteng was fourth on 296, while Floyd and Hall shared fifth on 297. Sarah Bouch, also from Ekurhuleni A, tied for eighth on 300.