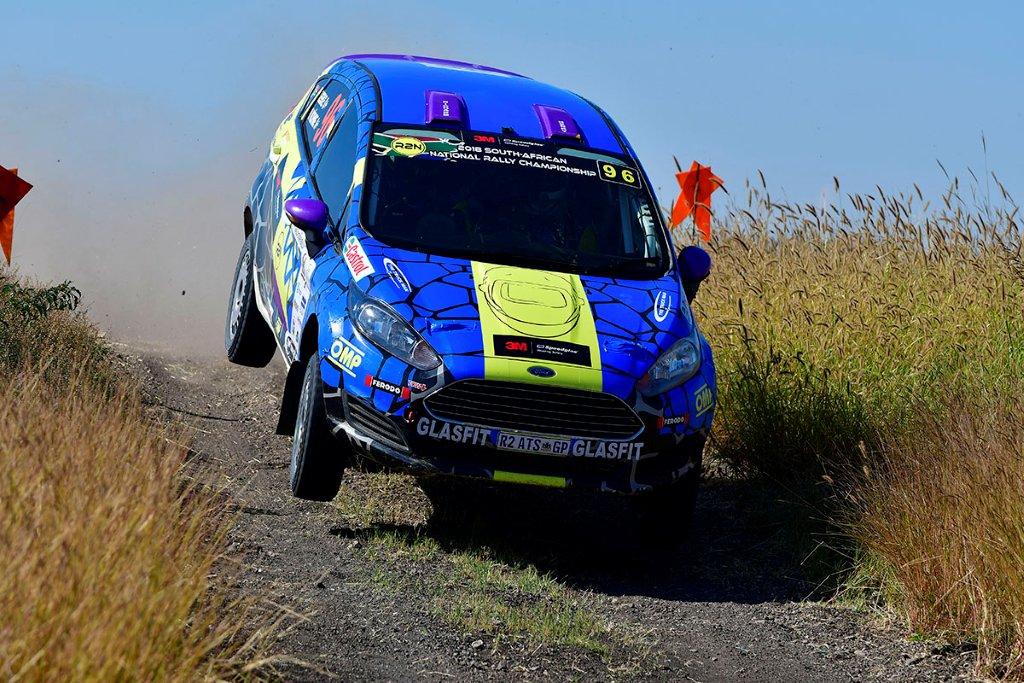 Brian Joss – Making the best of a bad situation, the Young Guns – Richard Leeke and Henry Köhne – salvaged fifth place from the Rallystar Rally, which ended near Bela-Bela in Limpopo province on Saturday, May 26.

Despite winning six of 10 stages, their Speedglas Welding Helmets Ford Fiesta suffered a technical issue on Friday’s only long stage and then a puncture followed by issues on Saturday’s back to back runnings of the 40 Turfpan stage. In the repeat of Turfpan a puncture then a suspected driveshaft failure cost them the best part of seven minutes.

“After we lost drive, it really was game over for us,” Leeke lamented, clearly struggling to maintain his normally cheerful demeanour in the face of the setbacks. “We had driven our hearts out and we knew that we were in a solid second spot in in the S1600s, and able to take the fight to Guy [Botterill] and Simon [Vacy-Lyle].”

They had lost a small amount of time on Stage Two, the 31.1 km Dirk Daling, with a gearshift problem but were still a clear second overnight in the R2N class, the premier category in South African rallying. Saturday morning brought the promise of a real fight between the two crews, very obviously well-matched and some way ahead of the rest of the R2N competitors in terms of outright pace…

“We were really unlucky today – a driveshaft failure is an occupational hazard with a powerful front-wheel-drive car on gravel – if one breaks you can have 1 000 kW but you just can’t go anything with it because you’re a one-wheel-drive! The Turfpan stages made up more than 50 percent of the rally so losing out so badly in one of them and less so in the other really sealed our fate. While it looks good in the statistics that we were fastest in six of the 10 racing sections, in two of the others we experienced a problem and in the remaining two we were second to Guy and Simon!”

Adds Köhne: “With the points updated we’re now third in class, and the next rally in the halfway point of the series. We need to find some reliability and get solid point hauls from here on in. But it isn’t over by a long way and we have no intention of giving up anytime soon!”