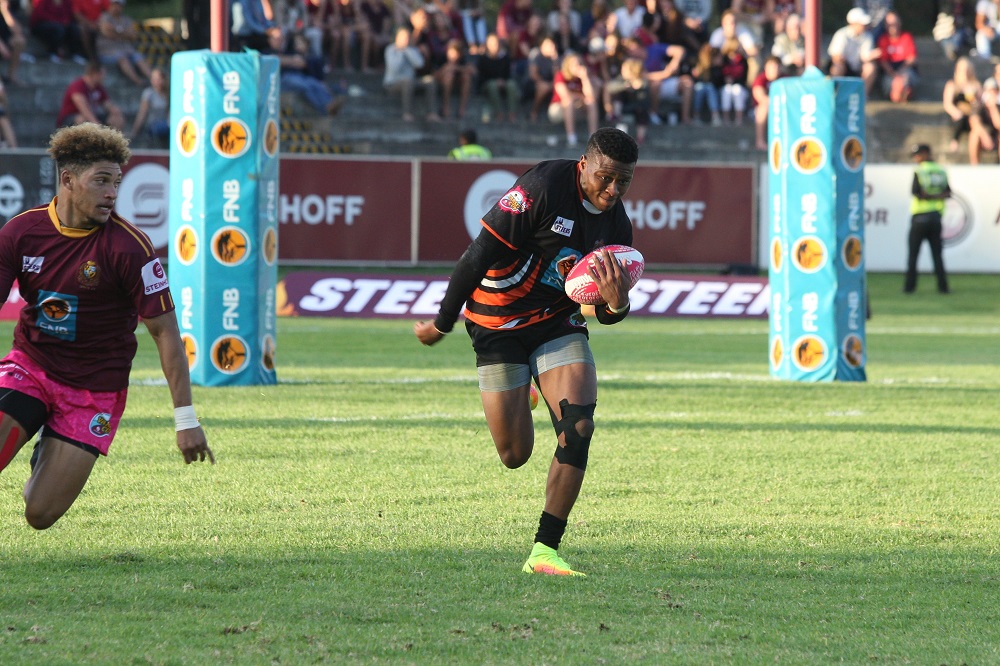 Former University of Johannesburg star Aphiwe Dyantyi is ready to embrace the challenge and to further his rugby career after being chosen for the Springbok squad at the weekend.

The lightning Lions wing was named by new South Africa coach Rassie Erasmus in an enlarged Bok squad of 43, which will do duty in the June internationals against United States and England.

Born in East London, the 23-year-old, who matriculated at Dale College in King William’s Town in 2011, said it was “a massive opportunity” and that he was fully focused on making the most of it.

When he joined UJ as a first-year in 2012, the furthest thing from the young student’s mind was a full-time rugby career after his game seemed to have stalled at Dale.

“I played in all the age-group A teams at Dale and also U13 Craven Week,” he said.

“It was hard for me to crack it and it didn’t help that I was small at the time.

“But the worst thing for me is that I was not backed by anyone and given the opportunity to show what I could do.

“After being used to playing for the A teams, I never got any further and it was something I had to take and to learn from.”

The outcome was that when he attended UJ in 2012, he had switched his focus to his academic course and only became involved in rugby again when his residence mates persuaded him to help out in the varsity’s koshuis league.

“I did play a few times, but it was purely for fun,” recalled Dyantyi.

“But the next thing, UJ asked me if I didn’t want to focus more on the game and to try out for the U19s.”

He said there were a number of key personnel who guided him in his decisions, among them UJ U19 coach Mac Masina and first-team mentor Werner Janse van Rensburg.

“The management at UJ was very good, but it still took me a while to warm to the idea.

“Eventually I was offered a sports bursary and as I was looking at the time for an academic bursary I thought this was a win-win situation. So I decided it could do no harm and gave it a go.”

The rest, as they say, is history and Dyantyi has steadily moved through the ranks, graduating from the Varsity Cup to become a key player for the Lions Super Rugby franchise this year.

The young star did pay special tribute to his family for their contribution to his success.

“Whatever my decisions have been, they have been there to back me and that has meant a lot to me during my career,” he said.

Janse van Rensburg said they were delighted with the recognition the talented young player had received.

“He was very raw when he joined us but he developed in his own way and is a seriously skilful player,” the UJ mentor said.

“Ultimately he realised what his own skill set was. He has the pace to beat people on the outside and that makes him special.

“Secondly, he doesn’t shy away from contact and he has developed his defensive skills to a high level. That’s one of the reasons why the Springbok selectors have recognised him.”

Janse van Rensburg said the pressure at the next level would be intense, but his advice to Dyantyi was to enjoy the experience.

“He will have to be mentally strong because, while it’s one thing getting there, it’s a different thing developing to a level so you can stay there for a long time.

“I hope he just enjoys the experience and learns from it because he is a player with genuine ability.”

CAPTION: Former University of Johannesburg rugby star Aphiwe Dyantyi has reached the highest level by being included in the Springbok squad for the June internationals against United States and England. Picture: Saspa