The latest awards for the Neil Ellis Terrain Specific Jonkershoek Cabernet Sauvignon 2015 affirm Neil’s ability to track down some of the best vineyard parcels in the country and turn them into outstanding wines; a fitting testament to an unwavering philosophy. 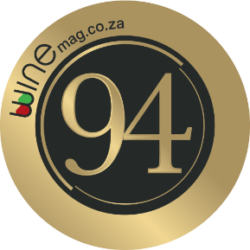 The Neil Ellis Terrain Specific Jonkershoek Cabernet 2015 was awarded an impressive 94 points in Winemag.co.za’s 2018 Prescient Cabernet Sauvignon Report, a great follow on from the 2017 awards when the previous vintage of the Jonkershoek Cabernet was awarded Joint Winner with 92 points. In addition, the Neil Ellis Regional Specific Stellenbosch Cabernet 2015 scored 90 points: the same score that the previous vintage attained in the 2017 Report. 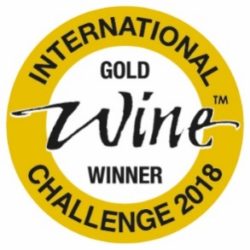 The Neil Ellis Jonkershoek Cabernet Sauvignon 2015 was honoured with a Gold Medal (a 95-point rating) at the 2018 International Wine Challenge (IWC) in London, repeating the success of the previous vintage which also attained Gold at the 2017 IWC.

Recent accolades for the 2014 Jonkershoek Cabernet include 93 points in Tim Atkin’s 2017 South African Report and a Double Gold at the 2017 Veritas Awards.

The Neil Ellis limited release terrain specific range of wines demonstrates the distinctiveness of specific vineyard sites and represents the finest quality. This is the signature Cabernet Sauvignon of Neil Ellis Wines with all the hallmarks of the Jonkershoek Valley. Known for its classical structure and perfect balance of elegance and fruit power, it has complex aromas of blue and black small berry fruit with cedar notes and a touch of mint and fresh herbs. The palate is smooth and plush with a savoury expression, fine but dense tannins and restrained complexity from expertly handled all-new 18-month oak maturation in 300-litre French oak barrels.

The Neil Ellis Jonkershoek Cabernet Sauvignon 2015 will be released in July 2018. The 2014 vintage is still available for purchase at the estate, online at www.neilellis.com, and nationally at leading wine merchants. Recommended retail price: R375 per bottle.

Celebrating 34 years of the Neil Ellis wine label, Neil Ellis has always sought out specific sites where individual varieties excel, searching for the best grapes, grown in the best areas where the interaction of soil, topography and climate suit them best. Today the same philosophy remains the mainstay of Neil Ellis Wines. Over the years Stellenbosch has proven to be the most successful area in South Africa for producing great Cabernet, with the higher elevations and textured soils of the Jonkershoek Valley being ideal. Neil Ellis Wines’ philosophy to produce distinctive, refined wines that express the inimitable attributes of their terrain and rank amongst South Africa’s finest, has certainly reaped the desired rewards, with a prized local and international reputation for exceptional elegance and quality.

Today the journey of Neil Ellis Wines is not only about Neil himself. After 44 years of making wine and 34 years of the Neil Ellis wine label, Neil’s son, Warren, is sharing responsibilities as winemaker and viticulturist. The well- established family enterprise has a state-of-the-art cellar on the lower slopes of the Helshoogte Pass in Stellenbosch, where their first vintage was vinified in 2015.