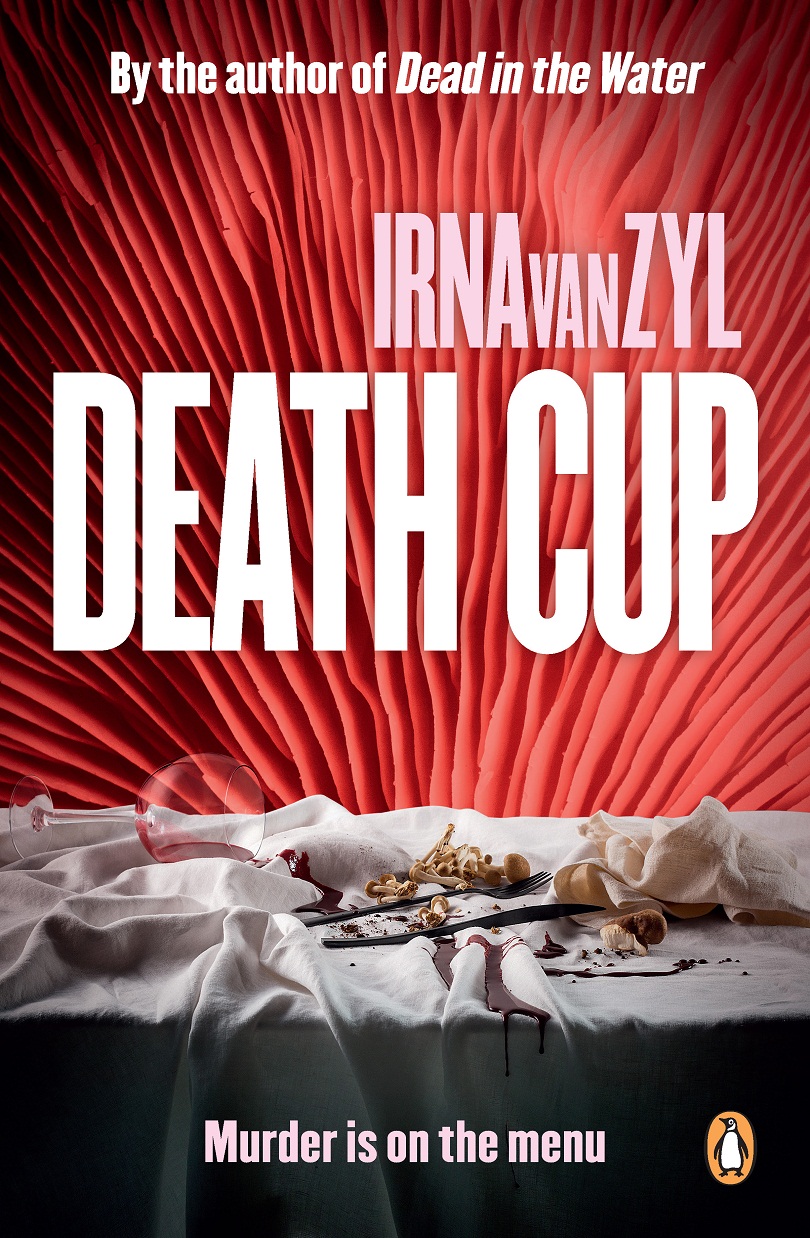 Detective Storm van der Merwe who made her debut in Dead In The Water is back in another thriller which has all the ingredients for a gripping read.

This time, as the book’s tag says, murder is on the menu. However, there’s more than one killing and Storm and old-school policeman, the pugnacious Andreas Moerdyk, although she does have a soft spot for him, is also in the mix. And as they say in the classics, “Revenge is a dish best served cold”.

Storm is dining at  Chef Zeb Tswalo’s Zebardine’s, one of the top restaurants in the Hemel-en-Aarde Valley with her best friend, Kat Vermaak, the editor-in-chief of fooddotcom the country’s biggest site about food and restaurants. Kat is also on the judging panel that annually selects the best eateries in South Africa and Zebardine’s is in line for top honours.

While Kat is regaling Storm with gossip and some of her outrageous foodie stories, a notorious food blogger, Sandra Dippenaar, drops dead at a nearby table much to the distress of Chef Zeb Tswalo who learned about it later that Sunday after he returned from one of his many food foraging trips.

Meanwhile Storm is worrying about a message she received from Brigadier Lewis Witvoet, who was revealed as her father in Dead In The Water. This time her job is on the line because Moerdyk, her former colleague at Cape Town Central, where she was based before being posted to Hermanus, had dealt unnecessarily harshly with a suspect ( Dead In The Water) and he’s been suspended.

Meanwhile Storm has other problems: She is being evicted from her cottage because of her dogs and she has to find a place to stay. To add to her woes Moerdyk has quit his job and has decided to turn over a new leaf, giving up drinking and smoking, and is on his way to Hermanus.

But her priority is to find out who killed the much feared blogger. Prime suspect is a toxic mushroom known as the Death Cup. How did it get mixed up in Dippenaar’s last lunch? Or did it? Then the killer strikes again and again, the last time just before the awards ceremony to honour the chefs to be held at Portside Towers in Cape Town.

One of the dead is Tracey, a waitress at Zebardine’s, who had a relationship with Chef Zeb and Pachis, Storm’s former landlord who has a major share in the restaurant.

There’s plenty on the menu to whet the appetite of the most avid reader of thrillers. There are numerous twists and turns spiced up by the relationship between Chef Zeb and his wife, the long-suffering Karla who is aware of his philandering ways and who seeks solace in yoga; then there’s Hardus Snijders, brother of Tswalo and a chef in his own right who is setting up in competition in the Valley. Not to forget Reinhard the forager who appears to know more than he lets on.

To add to the mix Storm meets her old nemesis, a predator cop she reported for sexual harassment and who is now in charge at Hermanus. Then a boy she had a crush on at school comes back into her life. Storm is assaulted by intruders during a home invasion as a warning to keep her nose out of the investigation and Purdey her rescue dog is kidnapped. You’ll recognise the Cuban forensic pathologist, Dr J, the chilled Detective Sergeant Lebogang Modise who gets things done and Constable Shrien Niemand who has a lot of baggage but is beginning to warm to Storm and who all featured in Dead In The Water. Death Cup is page-turner but I felt that the translation from Afrikaans to English hampered the flow of the story but it doesn’t detract from what is a good read. It is available in Afrikaans as Gifbeker.

Expect to read more about Storm and Moerdyk.