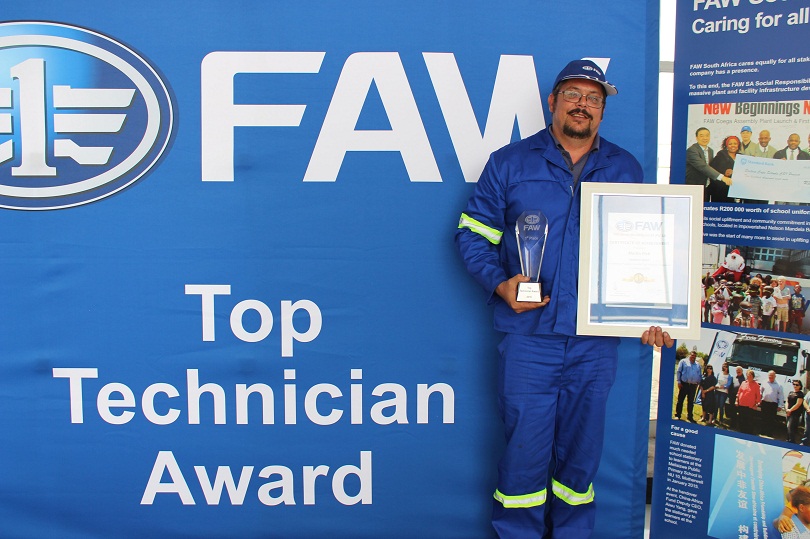 Brian Joss – FAW SA has set aftersales benchmarks to which its dealers and branches have to adhere. As a result, all FAW dealers are operating at a higher level than ever before.

While FAW SA’s efforts have culminated in a comprehensive programme of action to standardise its dealer operations and after-sales departments, including parts, service and warranties nationwide, it believes that customer satisfaction is the ultimate indicator of where it stands.

Over the last two years, FAW SA has developed industry standard criteria, which embody dealer and branch facilities and management of them. It has also developed a reporting structure in order to measure and better manage the performance of its dealers and after-sales departments.

It has introduced processes to increase dealer stockholding and quicker parts supply and has launched FAW TQC (Total Quality Care) in South Africa.

TQC is a worldwide programme that was launched two years ago by FAW in China. It is a framework and umbrella brand that represents all of the initiatives being done in the aftersales environment globally. Dealers in South Africa will need to be accredited by FAW SA in to reach TQC level.

Various training and technical improvement courses, ranging from beginner to advanced, have been implemented by FAW SA over the last year. Furthermore, all technicians are required to attend certain service courses to fast-track their technical development.

Central to this process is the overall customer experience, part of which includes the training of technicians, which culminated in the FAW National Service Technician Competition.

Held in February, the biennial event was won by technician Martin Fick.

The competition was aimed at the FAW dealer network, including Botwana and Namibia with the intent to find the best three technicians and workshop managers the company has, before developing them further by sending them overseas.