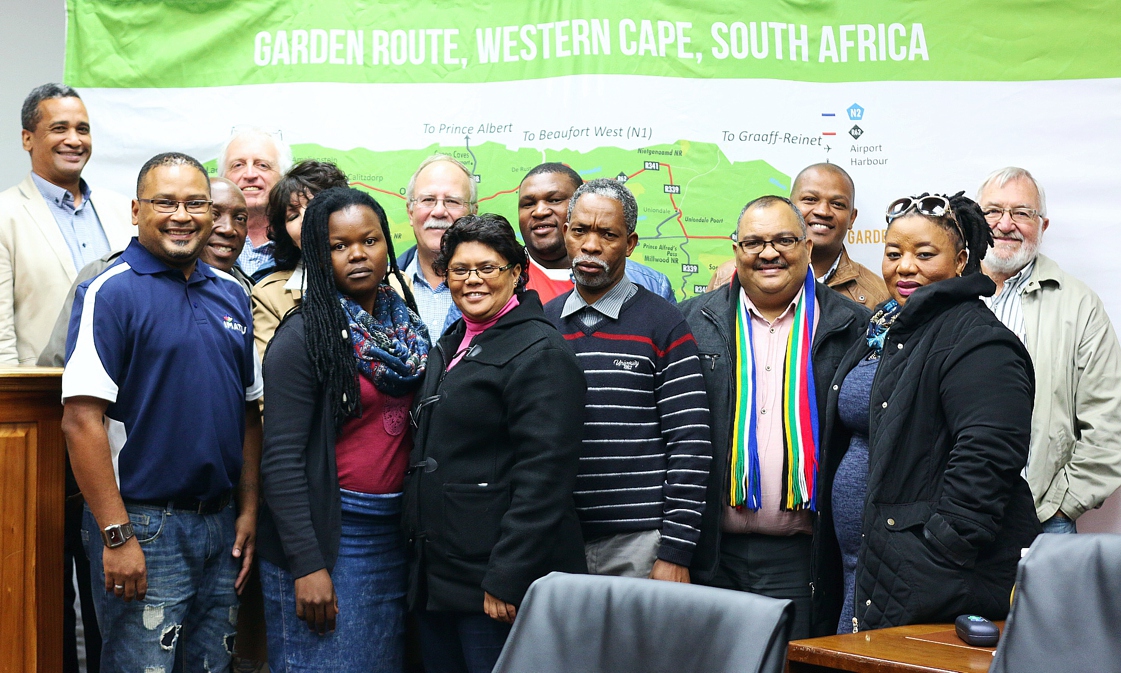 The Garden Route Skills Mecca Task Team hosted a meeting on the 1 June 2018 with representatives from Provincial and National Government, the various Sector Education and Training Associations (SETAs) and the National Skills Fund (NSF). Representatives from the private sector were also in attendance of the meeting.

The main purpose of the engagement was to discuss the possible commitment from the SETAs and the NSF in order to address the skills needs of the district and also to interlink the identified projects of the recently held Green Energy Summit and Garden Route Investment Conference with the Garden Route Skills Mecca Skills Projects. Dr Florus Prinsloo, representative from the Western Cape Government, facilitated the engagement and presented the Garden Route Skills Mecca Implementation Plan at the meeting.

Ms Trix Holtzhausen, Eden DM Executive Manager, Corporate Services, welcomed all attendees to the event and said:  “We consider you as our partners and therefore with your inputs we will be able to set clear guidelines on how we can take the skills and training needs of the Eden district to the next phase”.

Mr Reginald Salmons, Eden DM Coordinator: Skills Development,  presented the current and planned projects of Eden DM. Exciting projects which involve the Timber Industry and Young SKAL Hospitality industries, are planned for the region.   Mr Salmons made it clear that without the assistance and contributions from Stakeholders, these training projects would not be able to be implemented.

Project Manager of the South Cape Economic Partnership (SCEP), Mr Paul Hoffman, reflected on the Garden Route Investment Conference and also linked the existing and planned projects within the Eden district to the skills required to ensure that projects are successfully completed.

Ms Kgaogelo Hlongwane and Ms Tendai Moila from the NSF urged attendees to focus on sustainable projects that will provide employment opportunities for unemployed youth.  Ms Hlongwane  said: “This is a first model of its kind – we will use this format as best practice for implementation in other areas of our country, to enhance and integrate skills development opportunities”.

Positive feedback were received from the various stakeholders and the training projects that were identified will be implemented during the next six months.  The engagement was successfully organised by Mr Reginald Salmons and directed by Councillor Stephen de Vries, Chairperson of the Training and Skills Development Committee at Eden DM.

The next Garden Route Skills Mecca Task Team meeting is planned to take place within the next six months reflect on the progress of various implemented projects etc.